SEOUL (Reuters) – South Korea’s fierce battle against the coronavirus has turned the pandemic into an unlikely boon for President Moon Jae-in and his ruling party as campaign season kicks off on Thursday ahead of parliamentary elections on April 15. 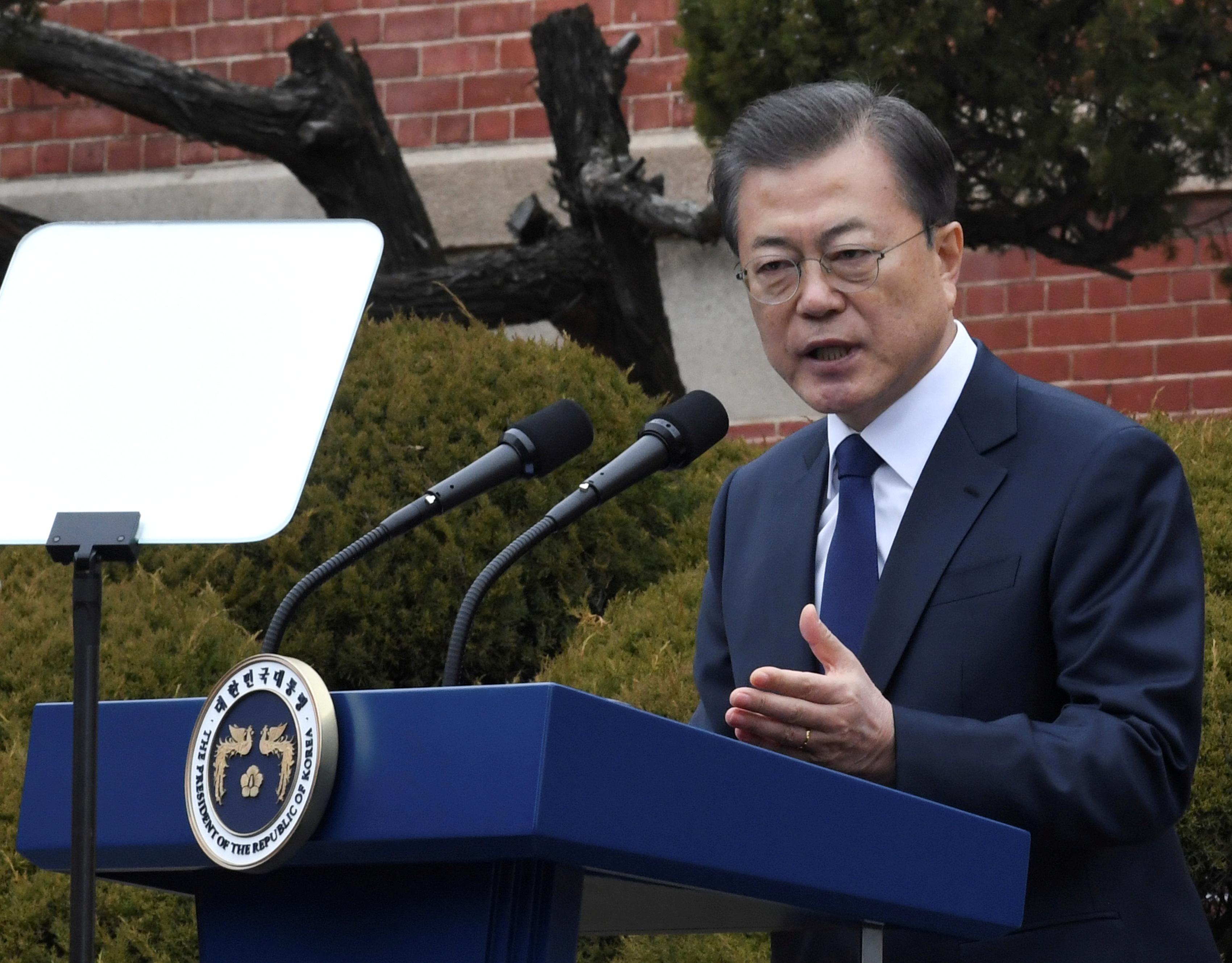 By the time South Korea was hit by the first major outbreak outside of China in February, approval ratings for Moon and his Democratic Party of Korea were already battered by a stagnant economy and more than a year of domestic political scandals.

The government’s stringent response to the epidemic, which was praised by the World Health Organisation and other nations, appears to have reversed this downtrend: Moon’s approval ratings hit a 16-month high last week, a poll by researchers Realmeter showed while his party’s popularity was 15% higher than the conservative main opposition United Future Party.

“In times of a national disaster or crisis, the ruling camp would usually be on the defensive. But the recent slowing of the outbreak appears to have turned the tide in their favour,” said Yang Seung-ham, a professor of political science at Yonsei University in Seoul.

So far, Korea has reported a total of 9,976 coronavirus cases and 169 deaths.

In addition to a 11.7 trillion won ($9.45 billion) extra budget and a 9.1 trillion won ($7.35 billion) subsidy package for families, the government has put in place strict curbs to fight the outbreak, and this progress in quelling the spread has encouraged officials to go ahead with the election, even though campaigning will be different from past years.

“We were terrified several weeks ago, but thanks to the government’s handling of the coronavirus, we think we will do much better than we had previously thought,” a senior ruling party official told Reuters, requesting to remain unnamed due to the sensitivity of the matter.

The results of the parliamentary election could shape Moon’s ability to implement his agenda in the final two years of his administration, including looser fiscal policy aimed at creating jobs and the raising minimum wage, as well as continued re-engagement with North Korea.

Moon’s Democratic Party currently holds 120 seats in the 300-seat, single-chamber National Assembly, and is seeking to secure an outright majority in the election.

The main opposition, conservative United Future Party, which has vowed to lower debt and abandon engagement with North Korea, holds 92 seats and is also seeking to seize a majority.

Even with the coronavirus boost, experts say victory for the ruling camp is far from assured, as economic growth remains a concern.

“Many citizens are wary of the populist policy the government has been carrying out for the sake of the outbreak response and its potential economic consequences,” said Kwon Huck-ju, a professor in public administration at Seoul National University.