SEOUL (Reuters) – South Korean authorities were combing through mobile phone data, credit card statements and CCTV footage on Tuesday to identify people who visited nightclubs at the centre of one of the capital’s biggest novel coronavirus clusters. 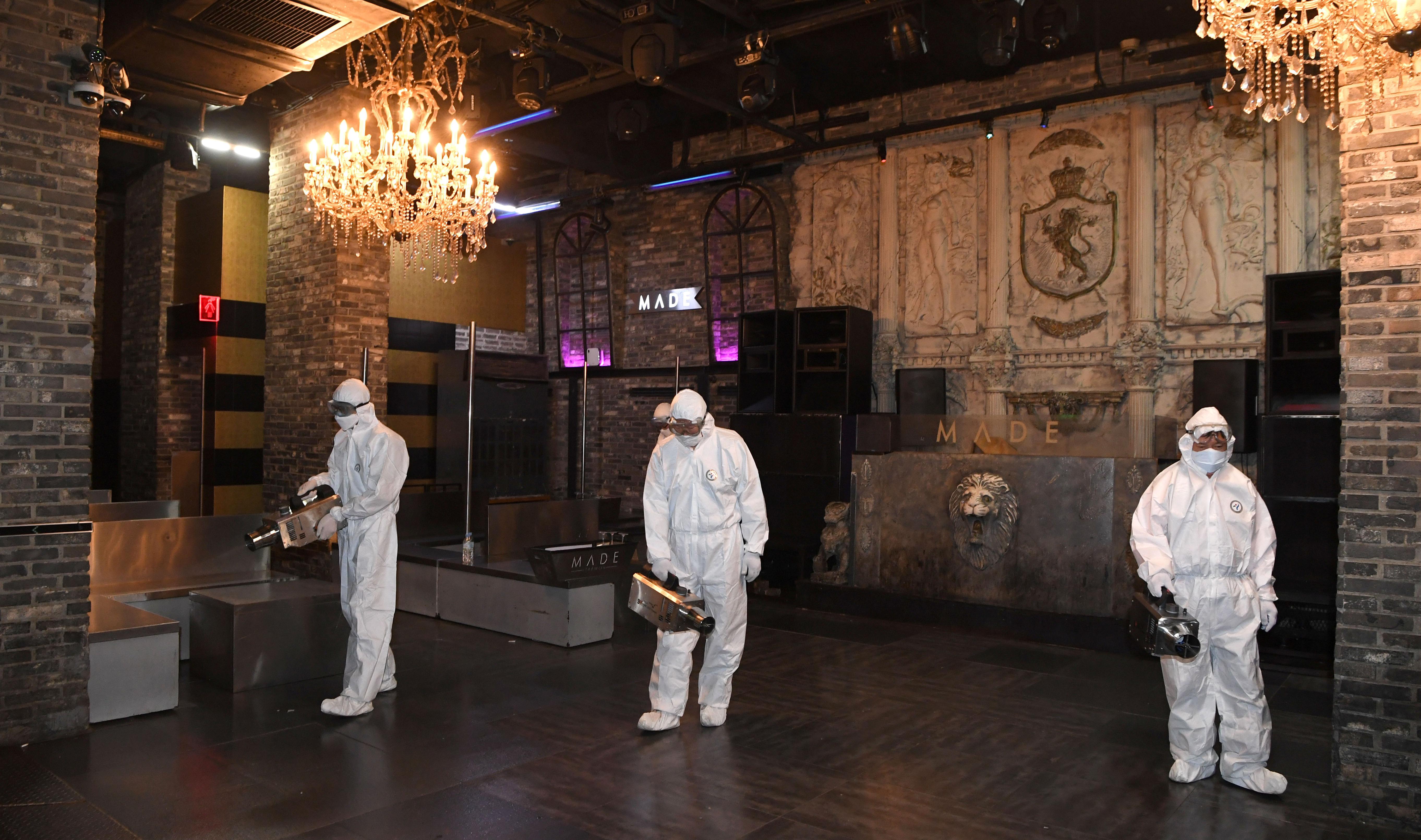 More than 100 new cases linked to the nightclubs have brought fears of a second wave of infections in a country held up as a coronavirus mitigation success story.

Health authorities have tracked and tested thousands of people linked to the nightclubs and bars in Seoul’s Itaewon nightlife neighbourhood, but want to find others who they have not been able to identify.

Authorities fear that the fact some of the establishments were known as gay bars might be putting people off coming forward for testing in a conservative country where homosexuality if still taboo.

“We are using telecom station information and credit card transactions from the nightclubs to identify 1,982 of those who are not available,” health ministry official Yoon Tae-ho told a briefing.

The Korea Centers for Disease Control and Prevention (KCDC) on Tuesday said at least 102 people have tested positive in connection with the cases linked to nightclubs and bars.

Seoul mayor Park Won-soon put the total at 101 confirmed cases and said 7,272 people had been tested in connection with the cluster, including family members or coworkers of clubgoers.

Officials had identified 10,905 people who were in the Itaewon area when the cluster of cases is believed to have got going this month, based on cell tower information, and another 494 who used credit cards, Park said.

Media outlets have identified the nightclubs the first patient visited as gay clubs, sparking concern that the disclosures and media coverage could out lesbian, gay, bisexual, transgender and queer (LGBTQ) people against their will or lead to discrimination.

“Amnesty International Korea Branch urges the authorities and media to take concrete and selective measures to prevent discrimination and stigmatization,” the group said.

Given the sensitivity, authorities have introduced what they call “anonymous testing”, with people only needing to provide a phone number and not a name.

Park said the number of people getting tested had doubled as a result of the new service.

But he also said another 20-year-old man who had visited a different club had tested positive, raising concern that the outbreak may not be limited to the venues initially identified.

South Korea has been widely praised for its prompt action on its epidemic with massive testing and aggressive contact-tracing, significantly reducing the rate of new infections in recent weeks to fewer than 10 cases a day before this new outbreak.

Officials reported 27 new coronavirus infections across the country as of midnight on Monday, the fifth day of double-digit cases after the first case at the nightclubs was revealed last week.

President Moon Jae-in called for a prompt action to empower the KCDC to fight the pandemic.

“We cannot afford to hesitate while looking at a crisis in front of us,” he said. “We need to urgently reinforce the quarantine and health system.”

WHO warns of new lockdowns if transition not managed carefully