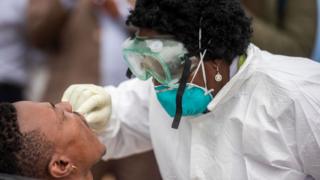 One week into South Africa’s nationwide lockdown to prevent the spread of coronavirus, and it is tempting – dangerously tempting – to breathe a sigh of relief.

After all, look at how much has already been achieved. More than 47,000 people have been tested, and 67 mobile testing units have been organised.

There are even drive-through testing centres. Soon the country will be able to test 30,000 people every day. To date, only five deaths from the virus have been confirmed. About 1,400 have tested positive for Covid-19.

South Africa seems to have acted faster, more efficiently, and more ruthlessly than many other countries around the world.

Heading the fight here against Covid-19, President Cyril Ramaphosa has emerged as a formidable leader – composed, compassionate, but seized by the urgency of the moment and wasting no time in imposing tough restrictive steps and galvanising crucial support from the private sector.

And one rung below the president, Health Minister Zweli Mkhize has likewise garnered near universal praise for his no-nonsense, energetic performance, and his sober, deeply knowledgeable, daily briefings. 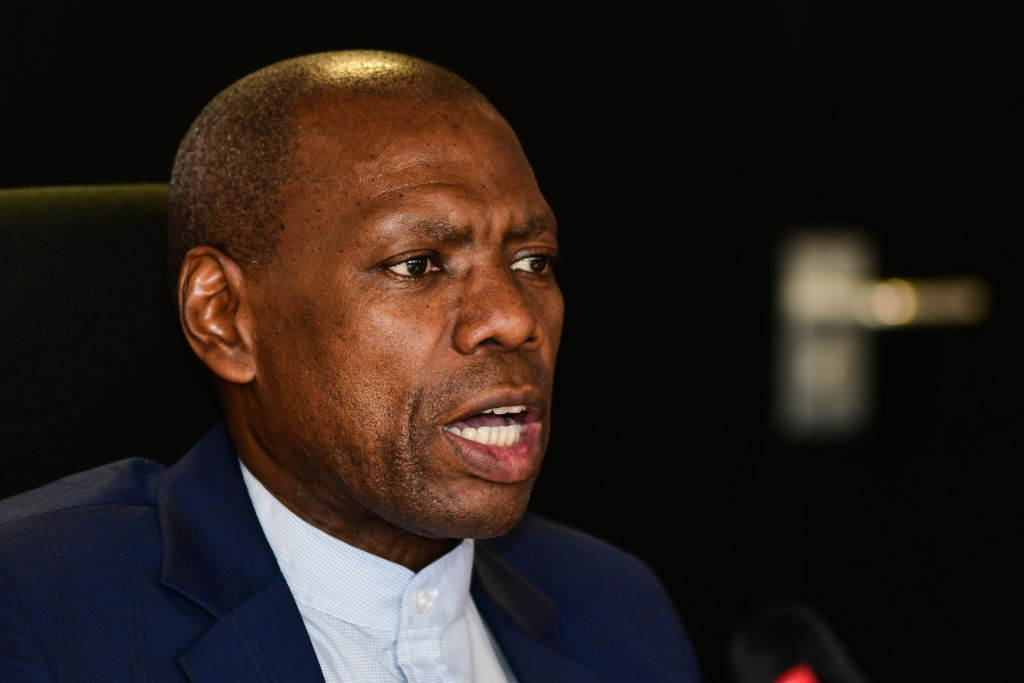 Of course, there have been mistakes, and worse. The police and army have, at times, acted with thuggish abandon in their attempts to enforce the three-week-long lockdown, humiliating, beating, and even shooting civilians on the streets of the commercial capital, Johannesburg, and elsewhere.

There has been confusion about some of the regulations, clumsy messaging and U-turns from some of the country’s less impressive ministers.

Above all, there has been the struggle to impose social distancing and effective hygiene in South Africa’s poorest, most crowded neighbourhoods, where many fear the virus could yet wreak havoc. 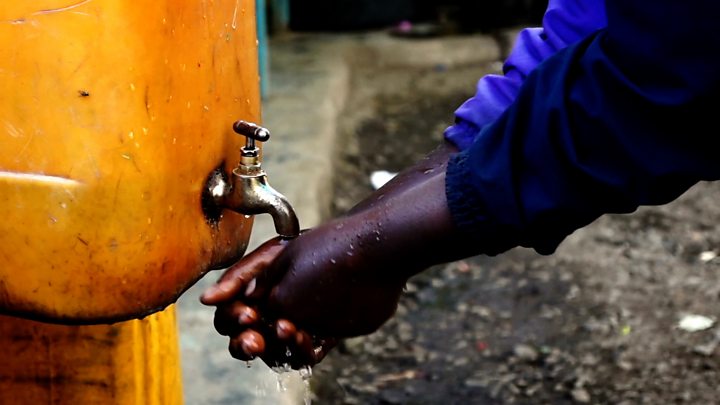 But overall, as South Africans mark their first week under one of the strictest lockdowns introduced anywhere in the world – no jogging outside, no sales of alcohol or cigarettes, no dog-walking, no leaving home except for essential trips and prison or heavy fines for law-breaking – there is an argument to be made that a government so often attacked as corrupt and inefficient, and a private sector so often seen as aloof and greedy, are rising to meet what is widely anticipated to be the greatest challenge this young democracy has ever seen.

It is fitting that the man now loudly warning the nation against any hint of complacency – indeed about the profound dangers of such complacency – is the health minister himself.

“What we may currently be experiencing is the calm before a heavy and devastating storm,” said Dr Mkhize, gravely, at Wednesday’s official launch of a new batch of mobile laboratories.

“Unless we move fast we will soon be swarmed. There will therefore be no further warning before the pounding descends upon us.

“There will not be time to prepare what we will not have put in place in the next seven days,” Dr Mkhize said, noting that the virus has already begun to spread inside the country and that “we don’t as yet have a true picture of the size of the problem”.

In other words, for all South Africa’s impressive early steps, the real battle lies ahead and the real test of the country’s health system has yet to begin. 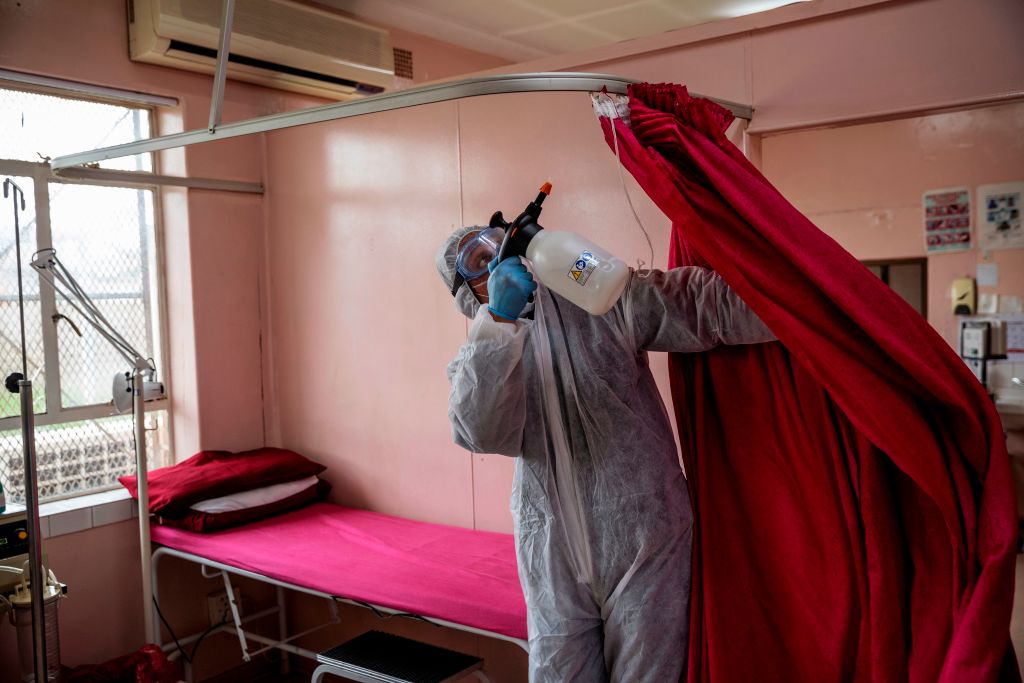 Fluseason will start next month

Hospitalsand clinics will be flooded

Send more teams quickly into communities to test for Covid-19

Buildtreatment centres for Covid-19 patients in each town

Get medics from China and Cuba to help

Given that this is one of the world’s most unequal societies, it is already clear that the battle will be fought, lost, or won, in the country’s poorest communities.

It is also clear that – for all the impressive, skilled leadership available at the highest levels of the South African state, government, and private sector – years of cronyism, corruption and economic stagnation have damaged key institutions.

“We are not well prepared and positioned as a country… after a decade of the hollowing out of state institutions,” conceded Adrian Enthoven, a prominent businessman now helping to run a solidarity fund set up to collect and administer private contributions to the fight against the coronavirus.

“We were in a much stronger position going into the global financial crisis [of 2008] than we are today.”

“The clinicians are getting on with it. But the senior management is overwhelmed. It’s always been a shambles. They’re mostly cadre-deployed. There’s no leadership capacity. They’re completely out of their depth and very anti any co-operation with the private sector,” said one senior figure in a provincial department, speaking to me on condition of anonymity.

More on Africa and the virus:

A walk through the township of Alexandra, on the edge of Johannesburg, is another sobering reminder of how difficult it may yet prove to contain the virus.

Despite the new presence of army patrols, constant messaging about social distancing in the media, pick-up trucks dispensing free hand-sanitiser, and the speedy intervention of testing units trying to track down those who might be exposed to the first confirmed case there, the dirt streets and narrow alleys remain crowded with children playing football and friends strolling to visit each other.

There is concern about the virus in Alexandra, but for now that feels eclipsed by the more pressing issues of lost jobs, unaffordable food, and the near impossibility of isolating yourself or your family for any extended period when home is a single room with no running water or toilet.

The virus has already brought South Africa’s systemic challenges – and its enduring inequalities – into sharp relief.

But a sudden, extreme crisis – like a war or similar emergency – offers the tantalising possibility of radical change, of forging new alliances, of disrupting failing systems and patterns, of exposing bad leadership in the most unforgiving manner, and of bringing the most talented and dynamic people to the fore.

Some of those changes are already under way.

The high-profile Canada-China relations committee is making a comeback