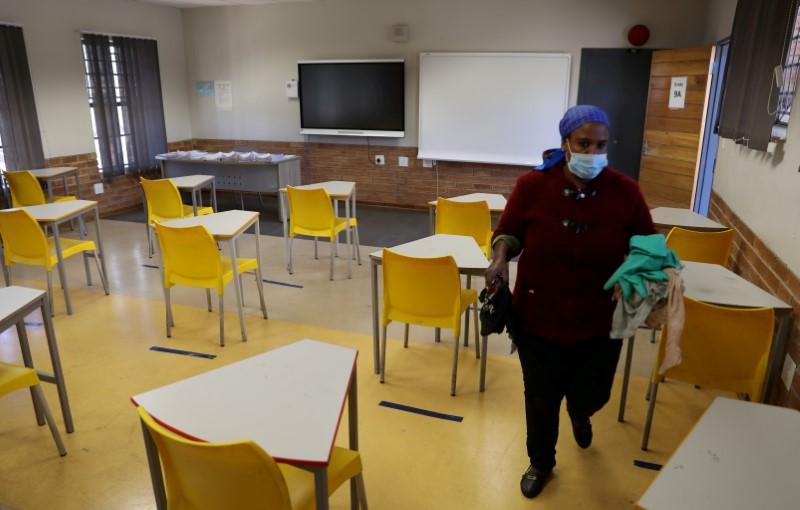 JOHANNESBURG (Reuters) – South Africa has pushed back Monday’s reopening of schools by a week, the Department of Basic Education said on Sunday, saying that a substantial number are not ready to welcome back pupils.

The plan for grades 7 and 12, the last years of primary and secondary school respectively, to return on Monday backfired after teachers’ unions and governing associations urged school staff to defy the government order, saying schools did not have protective equipment (PPE) to keep educators and pupils safe.

The department said its decision followed three reports by industry players that raised concerns about the state of readiness.

“The Council of Education Ministers was concerned that, in some provinces, personal protective equipment for learners in particular had not been received and some schools had not been made ready for the arrival of teachers and learners,” it said.

Many of South Africa’s government schools are in poor shape, especially in rural areas, and analysts say that a quarter of them have no running water, making hand-washing nearly impossible.

On Monday schools will reopen only for management teams, teachers and non-teaching staff for instruction on health and safety measures, to finish cleaning and focus on supply chain matters.