As January draws to a close, the cold weather and torrents of snow will be carried through into February as Tuesday is set to see heavy snow fall across much of the UK. Maps show a barrage of snow making its way across the country on Tuesday as temperatures remain low, with two Met Office weather warnings out for the day.

Maps from WXCharts show a wall of snow hitting Northern Ireland on Monday evening, growing overnight and spreading across Birmingham, Manchester, before making its way northeast across Yorkshire, Northumberland, up into Scotland’s central belt.

Two weather warnings are currently out for Tuesday for snow and ice, covering Northern Ireland and mainland UK.

The warning for the mainland reads: “A band of rain, locally heavy in places, is likely to push slowly northeast across Wales and England early Tuesday.

“As this rain comes into contact with cold air in place, it is likely to readily turn to snow away from eastern coastal districts. 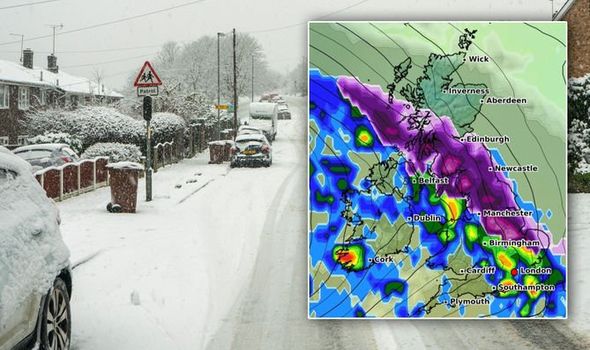 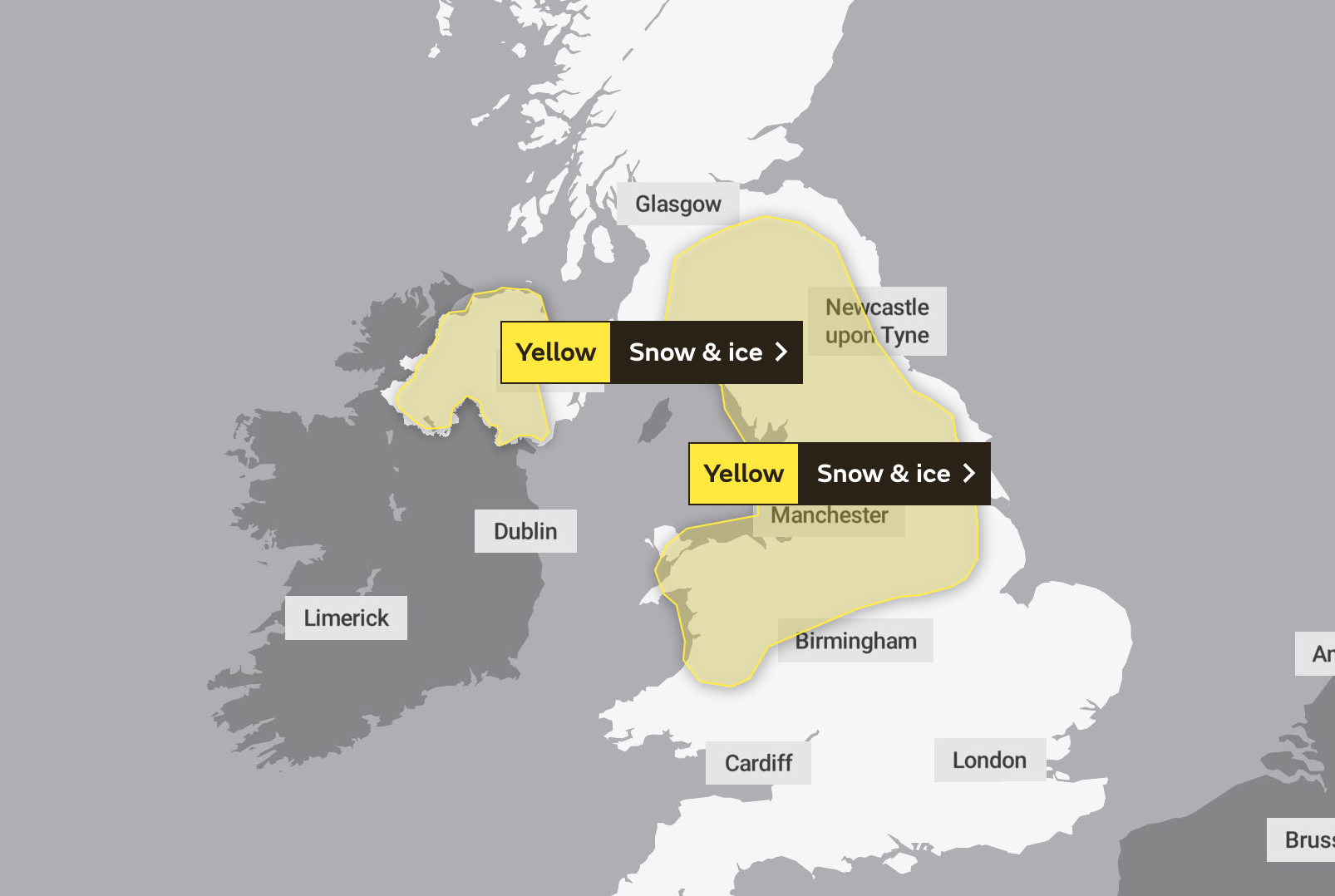 “1-4cm of snow is quite likely away from eastern coasts, with 5-10cm possible above about 150 metres and up to 20 cm across higher parts of the northern Pennines and Southern Uplands.

“As well as snow, a period of freezing rain is possible for parts of east Wales and the north Midlands.

“Should this occur widespread icy stretches would form.

“Snow should turn back to rain from the south, lasting longest across parts of northern England, southern Scotland and Northern Ireland.” 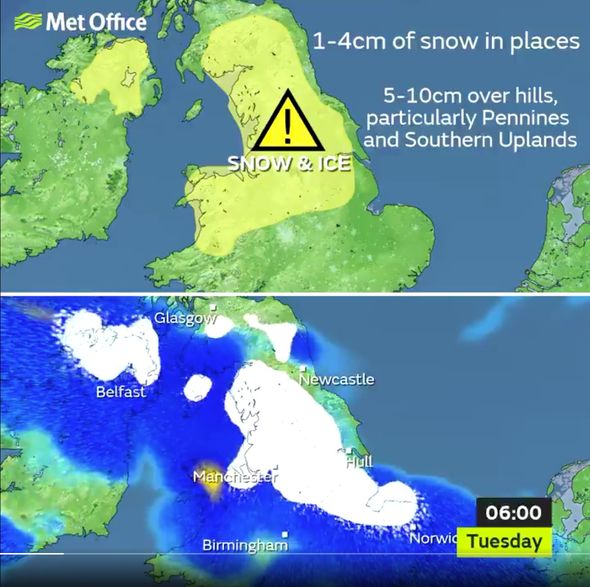 The warnings last from midnight on February 2 to 11.59pm in the evening.

Jim Dale, meteorologist for British Weather Services, said: “Atlantic fronts heading in at the weekend will hit the cold air over the UK and this could bring more snow, especially across central England.

“This milder air from the west will crash with the colder air over the country creating a battle ground.”

The snowy conditions are taking place thanks to a “battle for supremacy” over the UK, with mild air and cold air battling it out.

Cold air from Scandinavia is up against Atlantic systems with both attempting to extend influence.

Met Office Chief Meteorologist, Andy Page said: “Over the next few days we continue to see a division between milder conditions in the South West with much colder air to the north and east.

Deputy Chief Meteorologist Jason Kelly commented on the forecast from Sunday and into next week. 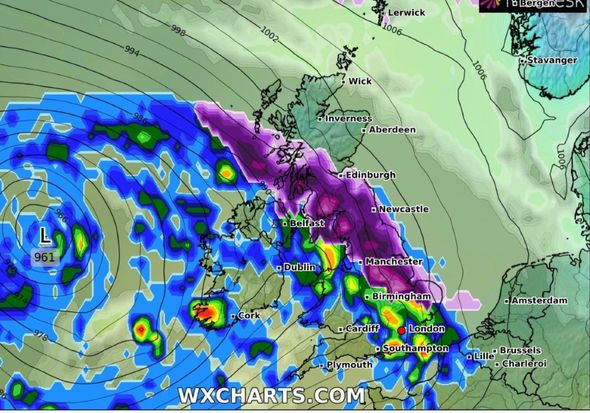 He said: “On Sunday we see another weather front bringing rain and snow east and north across the UK, but the most significant event in the forecast is a feature from late Monday evening, which threatens to bring rainfall across a swathe of the UK from the south and west.

“In the colder air to the north of this system the rainfall will readily turn to snow or even freezing rain, affecting a large part of England and Wales north of the M4 corridor.

“A warning, in force from 9pm on Monday to just before midnight on Wednesday, highlights the risk of 1-4cm of snowfall quite widely, with up to 10cm accumulating on higher ground above 150m.

“The risk of freezing rain will be an additional threat across parts of eastern Wales and the west and south Midlands.

“Snow should turn back to rain lasting longest across parts of northern England.”

Moon may hold frozen water in more places than suspected