Macron forced to beg for 'compromise' after poll defeat

Last weekend, the French President was humiliated when his Ensemble coalition lost control of the National Assembly after failing to win an overall majority in the legislative elections. Mr Macron’s camp fell well short of the threshold required for an absolute majority after winning just 245 seats – 44 short of the 289 needed. Marine Le Pen’s far-right National Rally party won its biggest ever representation in the lower house while the left-wing bloc Nupes, led by hard-left veteran Jean-Luc Melenchon, will form the largest opposition force.

Just days later the French President was left reeling even further after his Prime Minister Elisabeth Borne offered her resignation – something he quickly refused.

Mr Macron now has a few options available to him – forming a ruling coalition or leading a minority Government that has to enter into talks with opponents on a bill-by-bill basis. But if that fails, he faces the daunting prospect of calling a snap election.

When asked if France now finds itself in a position of political paralysis, Mr Noirez told Express.co.uk: “This can’t last very long. I see two hypotheses. 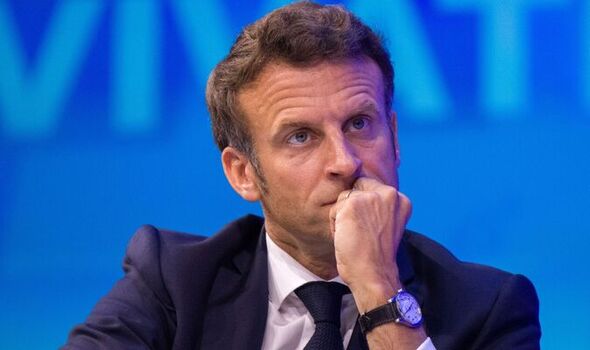 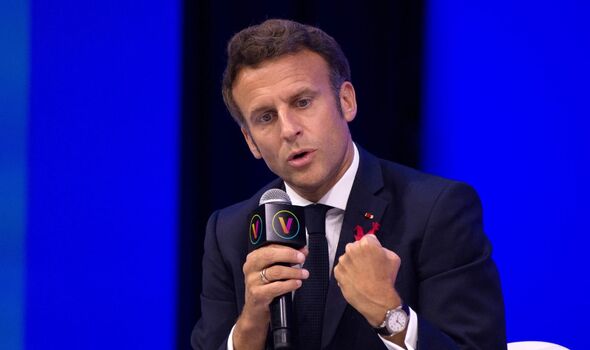 “Either Macron knows how to manoeuvre and negotiate with the opposition forces – some of which, unfortunately, may be willing to do so because they are Eurocrats – and thus succeeds, as best he can, in getting his bills through.

“Or he does not succeed and will then have no other solution, as the Constitution allows him to do, than to dissolve the National Assembly. But this would be double or nothing for him.

“Politically, Emmanuel Macron is in an extremely fragile position, as if sitting on an ejector seat.

“The situation at the end of these legislative elections completely calls into question the legitimacy of his re-election on April 24.” 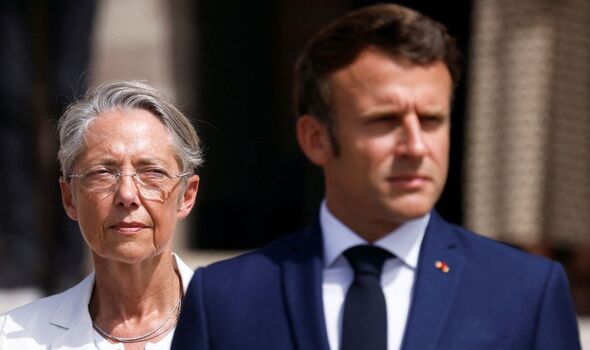 The Frexiteer believes he now faces increased difficulties in having some of his controversial policies passed through the French parliament.

This includes a plan to raise the pension age in France from 65 to 66, which has sparked a furious reaction throughout the country.

He also warned Mr Macron now finds himself at an “impasse” for his second term in office – just weeks after he succeeded in the national elections. 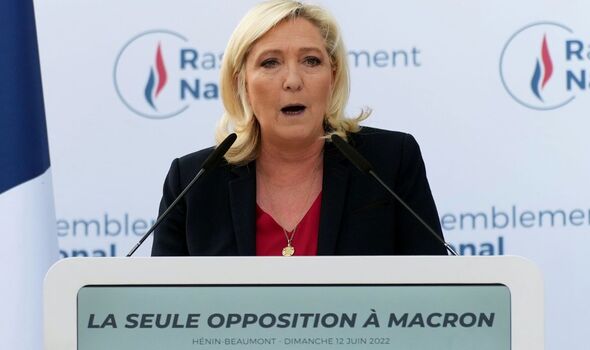 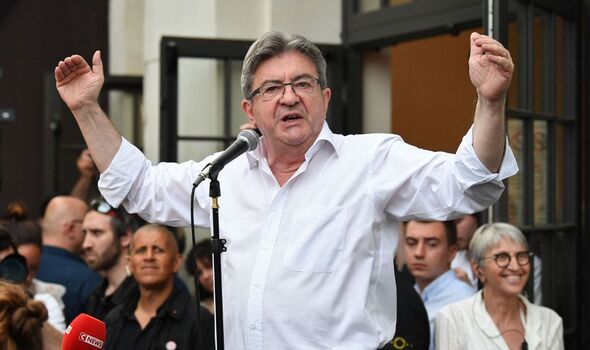 “Above him, the European Commission has already officially published, along with the broad economic policy guidelines that it issues as it does every year, the major reforms that it expects from France.

“Unsurprisingly, they include the famous pension reform so decried by the French people – and rightly so, it must be said – as well as the traditional budgetary rigour, which will have to be translated into even greater austerity and will be incompatible with the state of emergency and distress in which some public services find themselves in France. 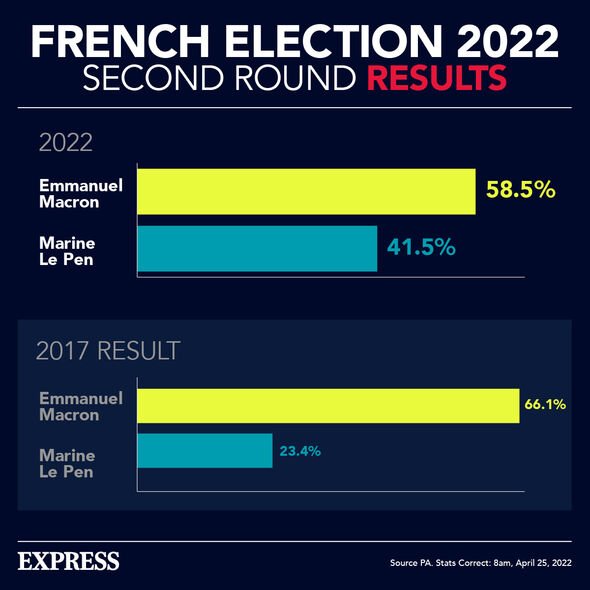 “By not obtaining an absolute majority on the benches of the National Assembly, Macron risks having all the difficulties to pass the reforms.

“He will find himself at an impasse for his second term in office, since there is a strong risk of absolute incompatibility between the demands and reforms desired by the commission and by the French government and the aspirations of the deputies elected by the people.

“Now we are entering a competition where Macron is no longer the master of the game.”

Hi, my name is Angie. I’m an undercover reporter