Tomoyuki Yamashita was an Imperial Japanese Army general during World War 2 and led his forces to victory during the invasion of Malaya and the Battle of Singapore. His work subsequently led to former Prime Minister Sir Winston Churchill calling the fall of Singapore to Japan the “worst disaster” and “largest capitulation” in British military history. After the Surrender of Japan, Yamashita – also known as “The Tiger of Malaya” – was tried and found guilty for war crimes committed by troops under his command during the defence of the occupied Philippines in 1944.

But he was also suspected of hiding looted treasure from Southeast Asia in caves, tunnels and underground complexes across the Philippines, which has become the inspiration for many treasure hunters in recent years.

And History’s ‘Lost Gold of World War 2’ documentary followed a group as they did just that.

The narrator revealed: “John Casey is a construction contractor from the US and he’s in the Philippines in the search for Yamashita’s gold.

“Like many others, John believes Japanese general Tomoyuki Yamashita took billions of dollars of treasure looted by Japan during World War 2 and buried it in the Philippines. 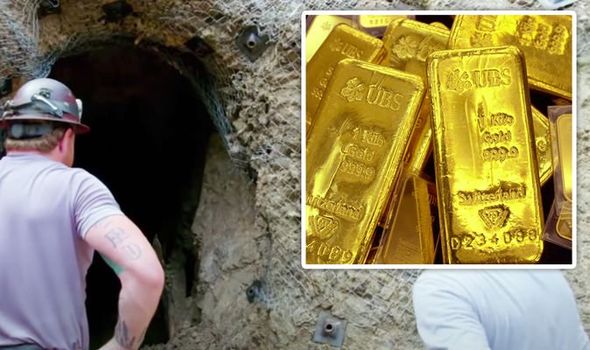 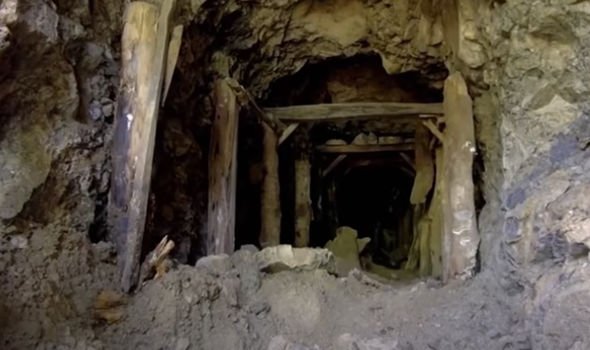 “According to an eye-witness, mysterious wooden crates were hauled up this mountain by Prisoners of War and buried in tunnels and then destroyed.

“Based on that account, John followed a series of mysterious symbols to three promising sites.

“A waterfall, a crater known as Breach 6 and a camouflaged tunnel they uncovered last year.”

The team headed to the tunnel area first, where miners Levi and Geo Duncan carefully excavated the surrounding rock.

They made a breakthrough – uncovering what appeared to be an old tunnel into the mountain, but it was too unstable to head into, so they came up with a plan. 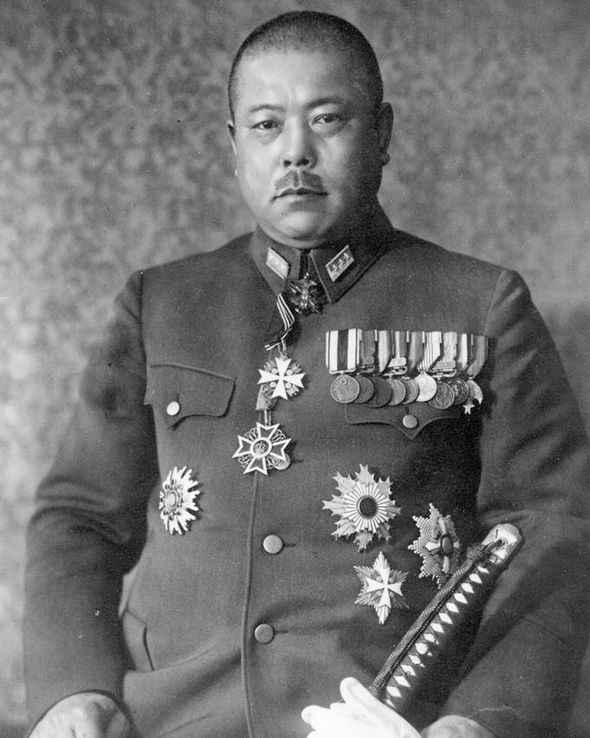 Levi said: “We could go in there ourselves, but I’d rather send this robot in there to take pictures.

“If it gets buried or lost you are out of a couple of thousand dollars, not a life.”

Excited by the opportunity, Mr Casey speculated what the robot would find.

He said: “There is so much information in there that we need to know – who built it, are there any markings in there, any more tunnels, or if the Japanese left anything behind.”

The remote-controlled vehicle headed into the cave system and anomalies soon caught their eyes. 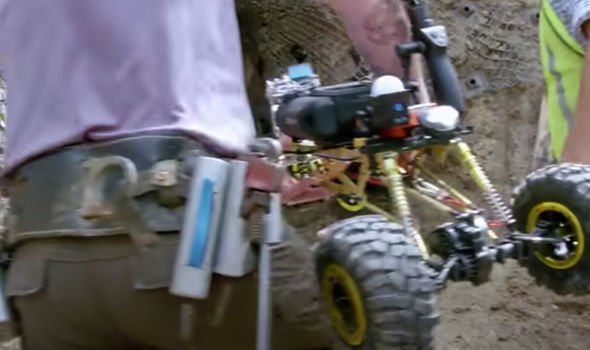 Levi added: “Look at the wall, that looks like a chisel mark, you can see from the rock, it’s such a clean cut.

“It looks like a tool mark of some sort, it doesn’t look like it was done with a drill.

“If it was hand chiselled, then this tunnel is very old, that would have been hard work, but if they had the labour they wouldn’t care.

“There are American numbers painted onto the posts, maybe they were counting their sets?”

The narrator detailed why the numbers intrigued investigators.

He said: “Roughly 27,000 Americans were taken as prisoners by Japan during World War 2. 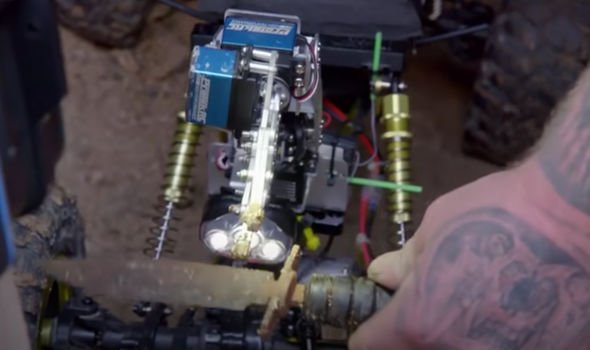 “It is believed Yamashita relied on them to construct his network of treasure tunnels.”

But their most intriguing find came when the team headed further into the tunnel.

The path was blocked by a pile of debris where the roof had collapsed and the robot was forced to stop.

In the rubble, they found what was claimed to be a military-issued knife.

Mr Casey stated in April: “This is a really significant artefact, if it came from World War 2, God only knows what it could tell us.”

The team said they would send the artefact away to be examined and plan to secure the tunnel so it is safe to enter in the future.

Covid 19 coronavirus: Some signs of recovery from severe lung damage