A twisted dad whose two daughters "competed to have sex with him" last night said he "can't wait to go home" as he counts down the days until he's released from prison.

Sicko Travis Fieldgrove embarked on a sexual relationship with biological daughter Samantha Kershner in 2018 – three years after meeting her for the first time when she was aged 17.

She told police that “her motivation to have sex with her father stemmed from a jealous competition with her half-sister regarding who could have sex with their father,” court documents stated.

Fieldgrove, from St Paul in Nebraska, US, was caged for two years in 2019 after his sordid incest secret was exposed by his ex-partner who told police.

The 40-year-old even went on to get illegally married to Samantha and brazenly announced it on Facebook – despite knowing they were under investigation. 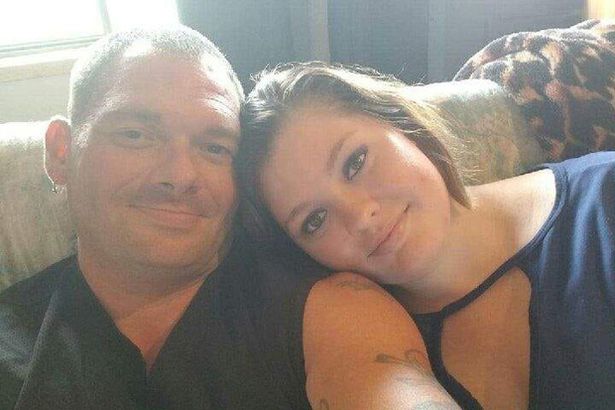 Last night, he wrote on Facebook: "Good morning ya'll I know one thing I cant wait to go home I got one month &16 days left cant wait but being in prison again made me realize something this time & that's lifes too short & I'm tired of wasting my life."

Fieldgrove and Samantha developed a normal father-daughter relationship before embarking on what investigators described as “a sordid sexual affair.”

The pair were charged with incest despite denying they were related.

But court documents revealed there was a 99.999% chance Samantha is Fieldgrove's daughter, although he was not listed on her birth certificate.

Samantha was sentenced to 22 days in prison, while Fieldgrove was jailed for two years and ordered to have no contact with his daughter upon release.

His defense attorney Jeff Loeffler disputed that Samantha was a "victim," saying they were both consenting adults.

"He's certainly not a high functioning guy," he added.

The other sibling has never been named or charged with any offence.

Police said at the time: "This case relates to the two being involved in an intimate relationship beginning in September of 2018 in Grand Island, Nebraska, despite evidence that Fieldgrove is the paternal parent.

"Evidence leading up to the arrest suggests that Fieldgrove and Kershner were aware of the biological relationship before being intimate," they went on.

Cops said evidence "further indicates they quickly married one another after being notified of the investigation."