The city of Yakutsk is shrouded in a grey fog, as though draped in a shawl.

It’s the smoke from forest fires we saw from the plane on our way in, spiralling up from the vast expanse of Siberian coniferous forest or taiga.

Our taxi driver advises us to come back in winter.

Minus 50C (-58F) is infinitely preferable to the smoke, he says with confidence. 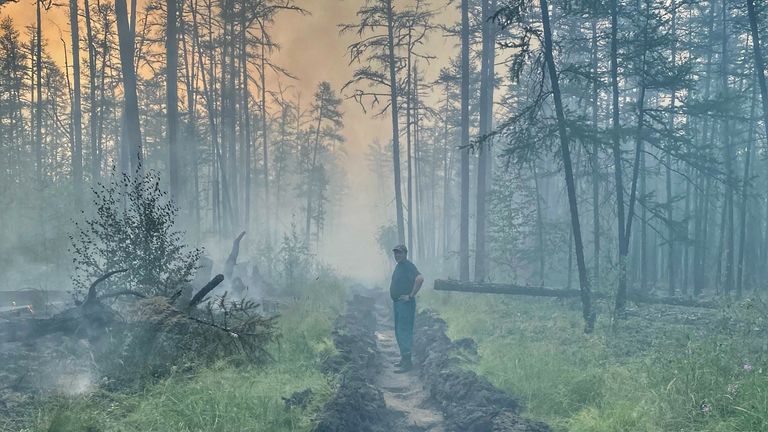 Siberia has always had a wildfire season but these past two years have been particularly intense. June in the Yakutia region was the hottest and driest since 1888.

The climate is continental – plus 30C (86F) in the summer and awash with mosquitoes, then down to minus 70C (-94F) in some parts during the winter. This year the thermometer in the Gorny District of Yakutia hit 39C (102F), with just 2mm of rainfall all month.

In the forests around Magaras in Gorny District, there is a band of volunteers or firefighters seemingly around every corner and in every clearing, bracing themselves for the next challenge over soup and a cup of tea. The taiga smoulders. Smoke is a constant.

They’ve been digging trenches and setting what they call reverse fires – controlled flames to burn through undergrowth so the wildfires have nothing to feed on when they hit.

Pavel Petrov, from the aerial forest protection service, has been working non-stop to coordinate the local effort to tackle the blazes.

He says there were two or three days when he had no sleep at all. In last year’s wildfires, he didn’t sleep for a week. 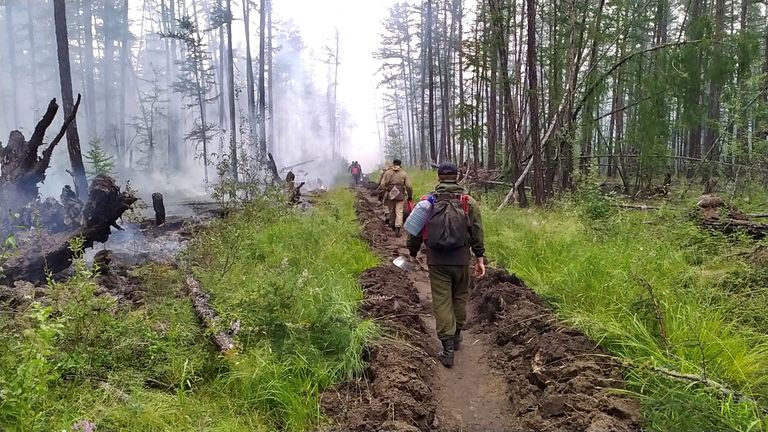 “We have peat bog here and the forest is dense – that’s why the fires spread so fast,” he explained.

“Strong crown fires [which spread from treetop to treetop] you can’t reverse. It’s too dangerous and you could make things worse. We try to fight them at night when they get weaker. When they do, we dig a trench about a kilometre away and set the reverse fire. That’s the only way to stop a strong crown fire.”

Every fire needs its own localised strategy and dedicated team of firefighters. With an active area of just over 2,000 hectares in Yakutia alone, that is a major challenge. Many of Russia’s wildfires burn on taiga too remote to access. They are only tackled if human habitation is threatened and teams can reach them. 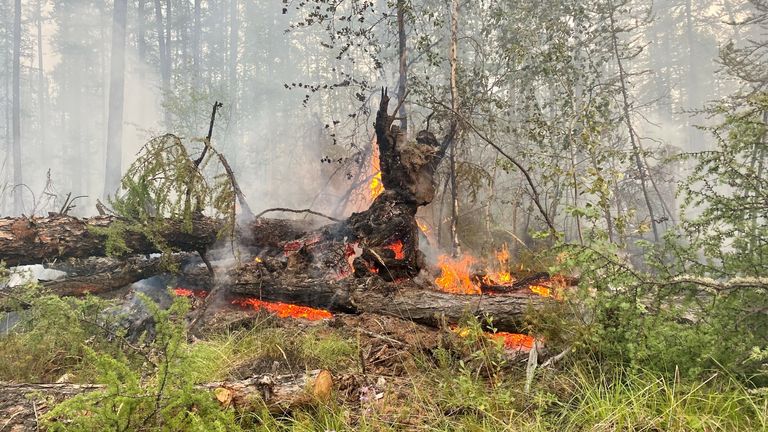 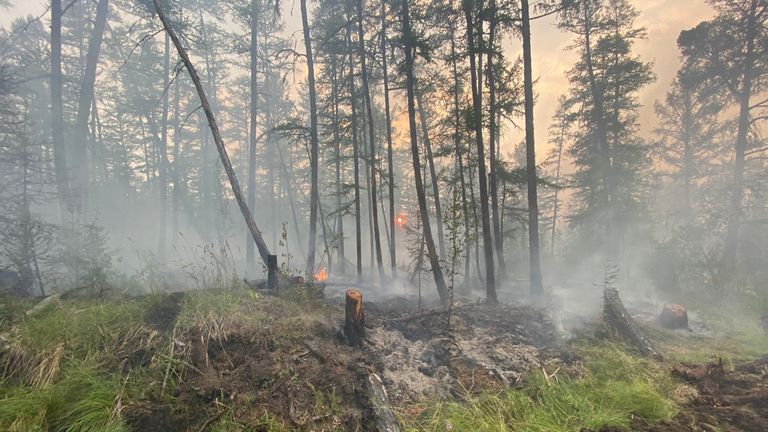 That saves lives but not the planet. Wildfires burning unchecked release huge amounts of carbon into the atmosphere, destroying forests which would otherwise serve as carbon sinks.

They also warm the permafrost – or permanently frozen soil – below ground which in turn releases greenhouse gases. These wildfires are mostly sparked by lightning strikes in dry thunderstorms. In one day this year, Mr Petrov said he saw eight fires sparked by lightning. 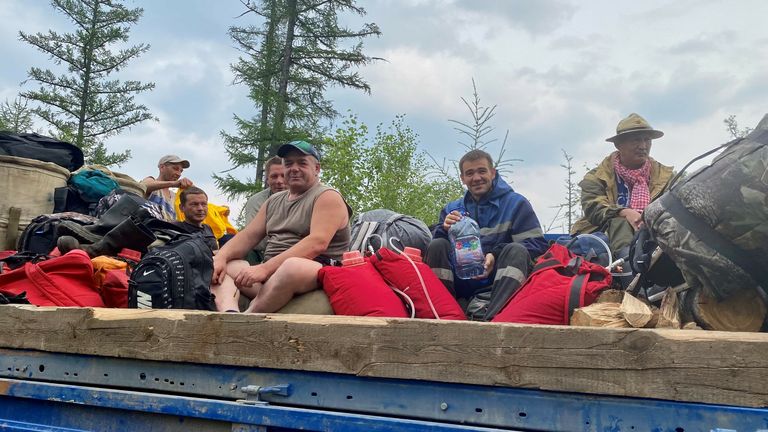 In a clearing in front of a large area of burnt forest, we meet a truck filled with men on the move. Their unit leader, Andrei Pykhtin, pulls out his phone to show the huge blaze his team were dealing with the day before.

“You should have come then,” he says proudly.

I ask one of his burly firefighters if it was scary. “Of course!” he says.

Mr Pykhtin wants to know why we’re interested in Russia’s wildfires. He’s concerned that, as a western media outlet, we will badmouth Russia’s fire-fighting efforts.

“How does what we’re doing compare with how they do it in the US?” he asks.

We explain we’re interested in the changes to our climate and what impact they’re having.

Pavel Petrov observes: “We damage Mother Nature ourselves [and] we have to deal with these problems ourselves.”

For Perfectly Light Schnitzel, Do This