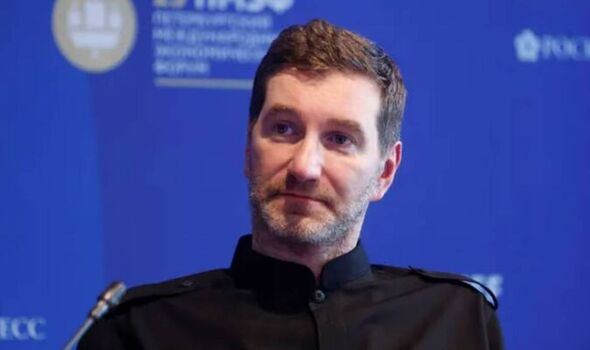 Anton Krasovsky, 47, a host and senior executive with state-controlled RT, caused horror among his own bosses. In recorded TV comments, he said: “Just drown those children, drown them in the Tysyna [River]. You throw them in the river with a strong undercurrent. Shove them right into their huts and burn them.”

Krasovsky was suspended, but not fired, by his boss Margarita Simonyan. And the head of the Russian Investigative Committee Alexander Bastrykin ordered a check on Krasovsky’s “harsh” televised remarks.

This could lead to criminal action and possible jail, with six years as a maximum sentence.

Krasovsky, RT’s director of broadcasting, issued an apology to anyone he had offended. But he stopped short of withdrawing the offensive remarks.

He said: “Listen, I feel truly uneasy about somehow missing that red line in what I said about the children.

“Sometimes it happens that you get taken away while on air and you cannot stop.

“I apologise to everyone who got stunned by this.”

Simonyan, who usually exchanges loving messages and warm praise with Krasovsky, said his TV comments were “savage and disgusting”.

She added: “Perhaps Anton would explain himself by saying what temporary insanity it was caused by, and how it slipped off his tongue.”

Poland: US to deploy at least 1,000 troops on eastern border