The clip proved how quickly and swiftly Ukrainian forces are able to destroy Russian equipment.

As the video clip showed that with only one precise hit, Ukrainian forces can impact huge amounts of damage as the tank burst into flames.

Ukraine has been gifted with top-of-the-range weapons from Western NATO-aligned countries in order to push back on Russian advancements, as peace talks between the neighbouring countries have been halted as the war heats up.

The footage shows Ukrainian forces locating and targeting a Russian tank which is trying to camouflage amongst trees and shrubs in the East of the country.

Ukrainian forces zoom in and take aim at the Russian tank, hitting it with precision and accuracy with one hit.

The tank explodes in a flash of flames which engulf the tank.

Thick black smoke begins to float up into the sky as the flames continue to flicker and burn.

There have been no casualties recorded but after the incident, one lone Russian serviceman can be seen on the ground close to the obliterated tank. 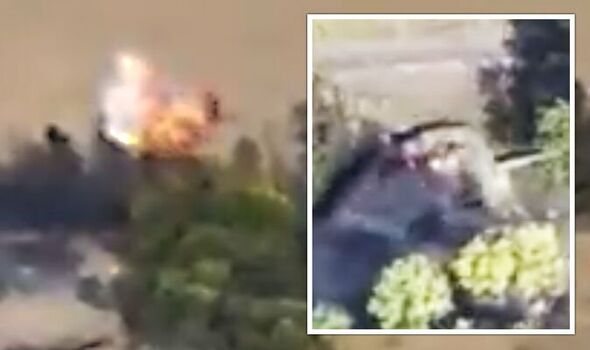 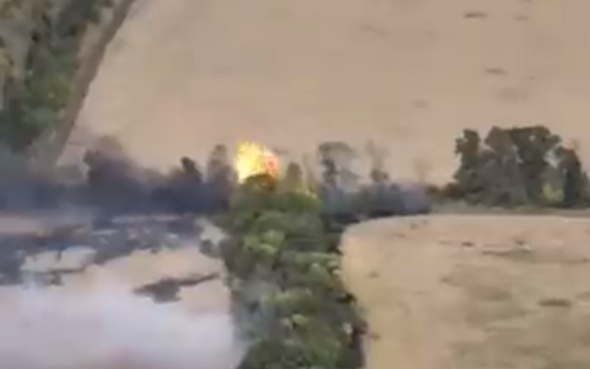 Users on social media have been reacting to the video clip released by Ukrainian forces.

@101Sargon said: “Hopefully the weapon was a lot cheaper than the tank.”

@HenryWhitworth9 said: “The accuracy of these more expensive munitions means they pay for themselves. One shell and the target is gone. Traditional artillery would require ranging shots and likely a lot of rounds to get to the target. The arty crew would thus be at work longer and at higher risk too.”

@BicepsTTradern said: “Is there a guy casually walking towards the tank after it gets hit? What?”

@RokFlow said: “It might most definitely be a BONUS shell from French CEASAR self-propelled artillery.”

@BwanaKomba said: “Ukraine doing very well to destroy Russian kit but they still haven’t made a big advance. Is this strategy to weaken them, or does Russia still have a big military advantage?” 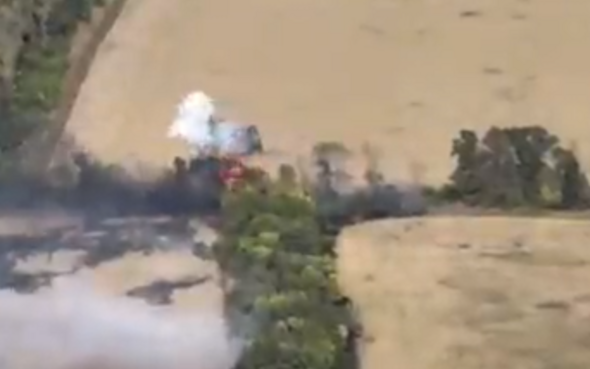 Western countries have vowed to continue to support Ukraine by sending weapons and aid.

On his latest visit to Ukraine, to celebrate Ukraine’s independence day ongoing Prime Minister Boris Johnson said in a speech: “I’m proud that we have already supplied more arms than any other European country, including 6,900 anti-tank missiles, 5000 of the NLAWs, 120 armoured vehicles, Starstreak anti-aircraft missiles, anti-ship missiles and now the MLRS

“And today I can tell you that more artillery and more ammunition is on its way and 2000 UAVs and we are training 10,000 Ukrainian soldiers, alongside our allies, and only the other day I was at Catterick in Yorkshire and I met 400 of your recruits that we are helping to train

“And these were people from all walks of life, people who weren’t soldiers, who had never been to battle before. But the grim reality was that in just a few weeks from now they are heading to that frontline.

“And when I listened to their cheerfulness and their courage, I knew Ukraine will win.

“And in offering this kind of training and equipment,

“I also want to applaud our friends around the world, in the EU, the Poles, the Baltic countries, the Dutch, the Czechs, the French, the Germans, the Italians, they’ve been steadfast.”