The Russian military has continued to suffer brutal losses of equipment as the Ukrainian counter-offensive operation has advanced into Donetsk. Kremlin troops were forced out of Lyman, a key strategic stronghold in Donetsk that Vladimir Putin had hoped to formally annex into the Russian Federation following a series of pseudo-referendums in occupied territories. The advance of President Zelensky’s military has left a graveyard of destroyed Russian vehicles and weapons in its wake as Moscow makes desperate attempts to rally 300,000 additional troops in a bid to persist with the failing invasion.

Video footage from Donetsk captured the wreckage of a Russian military Ural-4320 truck in a roadside ditch within the Donbas region.

The vehicle is primarily used for the transportation of military personnel and cargo, designed especially to cope with tough terrain.

In addition, the Ural-4320 model is adapted to serve as a launching platform for the Soviet-era BM-21 multiple rocket system.

In total, independent conflict analyst site Oryx has confirmed the Russian armed forces have lost at least 1,731 military trucks and jeeps since the conflict in Ukraine began. Ukrainian authorities claim the number is closer to 4,000, although the information is difficult to verify given the war is ongoing. 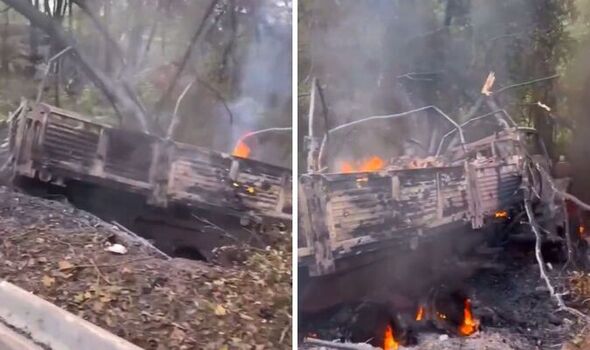 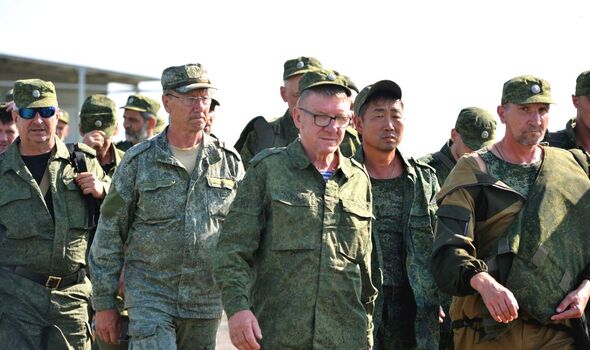 The Kremlin lost the occupied town of Lyman at the beginning of October as undermanned brigades of Russian troops were forced to retreat in the face of advancing Ukrainian soldiers.

Lyman has since been declared formally liberated from Russian control by the Ukrainian Ministry of Defence.

The loss comes as a significant blow to Kremlin authorities given President Putin announced plans to formally annex both the Donetsk and Luhansk areas of the Donbas region in a speech on Friday.

The decision followed a series of referendums in occupied territories which, according to Kremlin authorities, vastly supported the annexation with up to 99 percent of the vote in favour.

World leaders, including President Zelensky, have denounced the authority of the “sham” referendums which were conducted without the consent of Ukraine’s Government. 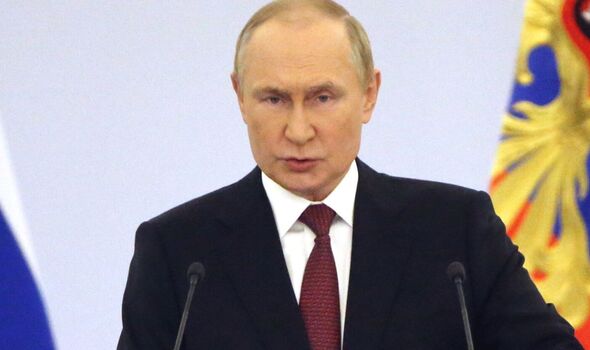 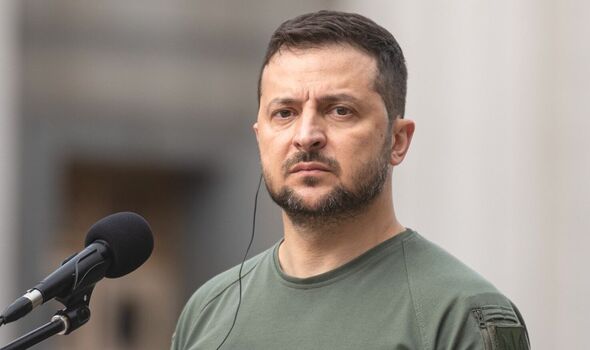 The UK Ministry of Defence has reported that further losses in the Donbas region would quickly lead to growing levels of political dissent within Russia.

An intelligence report read: “The withdrawal [from Lyman] has led to a further wave of public criticism of Russia’s military leadership by senior officials.

“Further losses of territory in illegally occupied territories will almost certainly lead to an intensification of this public criticism and increase the pressure on senior commanders.”

The report also suggested a number of troops involved in the retreat from Lyman were “voluntarily mobilised reservists” who were likely under-equipped and lacked sufficient training to engage in full-blown combat. 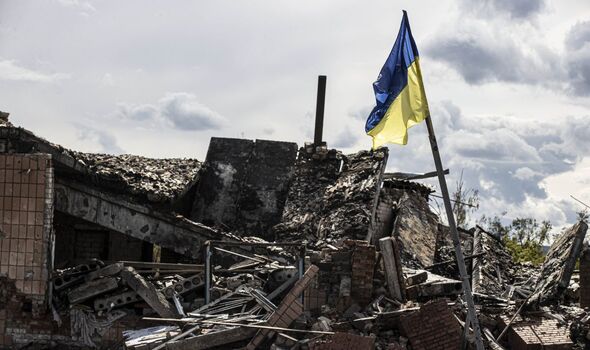 As Moscow’s military has hastily withdrawn from occupied regions, scores of equipment have been abandoned by the panicked battalions.

Ukrainian forces have gradually seized the huge stockpiles as they liberate land in the east and south. The Ukrainian Ministry of Defence claimed: “Russia remains the largest supplier of weapons to Ukraine.”

British defence intelligence has reported the lack of equipment within the Kremlin’s military has led to troops using what little sophisticated technology remains in an unconventional manner. One instance suggested anti-aircraft missiles had been used to target ground infrastructure due to “overall munitions shortages, particularly longer-range precision missiles.”

By comparison, the Ukrainian armed forces have been bolstered by huge supplies of military aid, particularly from the UK and America. Prime Minister Liz Truss has pledged to match or exceed the 2022 total of £2.3 billion in military support throughout 2023, in order to ensure Ukraine has access to long-term backing against Russia.