Moscow wraps up trial of Paul Whelan, who is accused of receiving state secrets, with verdict expected on June 15. 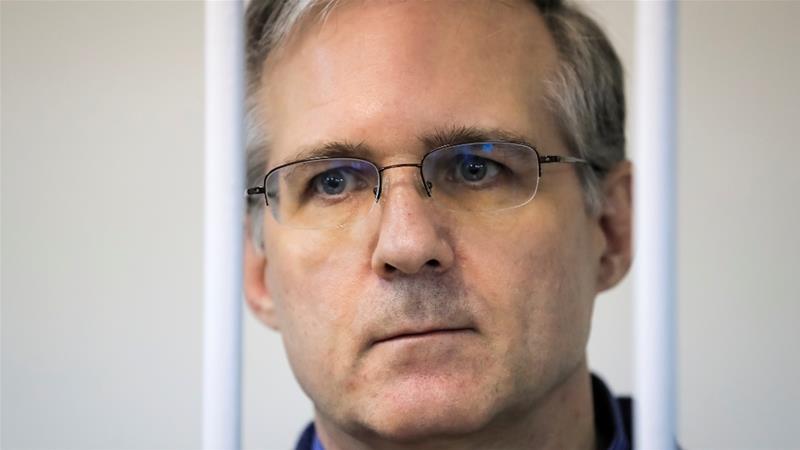 Prosecutors in Russia’s spy trial have asked a court to sentence former US Marine Paul Whelan to 18 years in prison for allegedly accepting state secrets, according to his lawyer.

Monday’s court session in Moscow saw lawyers on both sides make their closing arguments, ending a proceeding that has strained ties with Washington and fuelled speculation of a prisoner exchange.

Paul Whelan’s lawyer Vladimir Zherebenkov told reporters that the prosecutor had requested 18 years “in a harsh regime colony” for his client.

“To be honest, we are in shock,” he said outside the court, where the trial was held behind closed doors.

Whelan reacted calmly to the prosecutor’s “very harsh” demand, the lawyer said. “He is behaving with dignity.”

Zherebenkov said the prosecutor believed Whelan to be an officer – “at least a colonel” – at the US defence intelligence agency.

Whelan said in court that “he did not do any spying and was not collecting any secret information”, the lawyer said.

The sentencing of the 50-year-old US national, who also holds British, Canadian and Irish passports, is expected on June 15.

Whelan was arrested in December 2018. He has said he visited Russia to attend a wedding and was framed when he took a USB drive from an acquaintance thinking it contained holiday photos.

“In a just system, the court would acquit Paul based on the lack of evidence,” Whelan’s brother David said in a statement before the hearing. “But we expect a wrongful conviction and can only hope that the sentence is at the lighter end of the range.”

The trial, which began in March this year, has continued behind closed doors in a Moscow courtroom despite the coronavirus pandemic and diplomatic protests.

The US has condemned Whelan’s detention saying there was insufficient evidence to hold him.

US Ambassador to Russia John Sullivan criticised Whelan’s treatment in detention last month, saying it was “intolerable” that he was being barred access to medical care and has not been allowed to speak to the family.

Whelan, who was head of global security of a US auto parts supplier at the time of his arrest, last year asked for the prosecutor and judge to be removed from the case.

He claimed that evidence he provided was ignored and the court was biased in favour of the prosecution and security services.

He used earlier court hearings to appeal to journalists and US President Donald Trump, and claimed he was being mistreated, not given full translations of documents and rarely granted access to his lawyer.

Russian authorities have barred journalists and embassy employees from attending recent hearings because of the coronavirus epidemic.

Whelan’s case has raised speculation that the US and Russia could be positioning themselves for a prisoner swap, possibly involving Russian pilot Konstantin Yaroshenko, imprisoned in the US on drug smuggling charges.

Inside Story: The Russian spy case