Russia Channel 1 presenter Yevgeny Popov commented on yesterday’s fainting of TV presenter Kate McCann on live TV during the second leadership debate between Liz Truss and Rishi Sunak and said Russia “is now supporting Truss as after all, when Britain falls, the only thing she’ll be able to say is ‘Oh my God!”. The propagandist also ridiculed Liz Truss for not “rushing over to help” Ms McCann and said “normal decent people rush over to help, but not Liz Truss”.

Speaking on Russia Channel 1, Yevgeny Popov said: “Well, now we’re all going to support Truss of course so she wins that vote.

“After all, what does any normal person in any normal country do if next to them someone faints?

“They rush over to help! 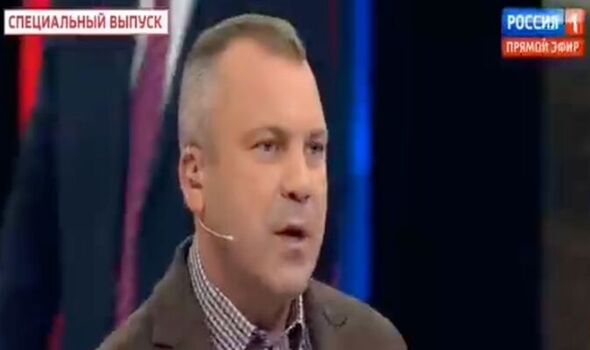 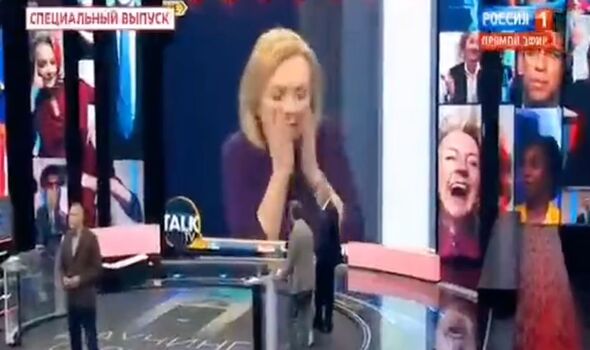 “That’s what all decent people do, but not Liz Truss!

“After all, when she wins and Britain falls, the only thing she’ll be able to do is say ‘Oh my God!’

He added: “We wanted that Putin’s name shouldn’t be taken in vain.

“They didn’t listen to us.

“In the end, during the debate the candidates for Johnson’s job mentioned Putin’s name alone six times.

“The sixth time was when the accident happened”.

The clip used by the Russian channel in the background ends with images of Liz Truss holding her hands to her face and saying “Oh my God” during the debate in reaction to the accident. 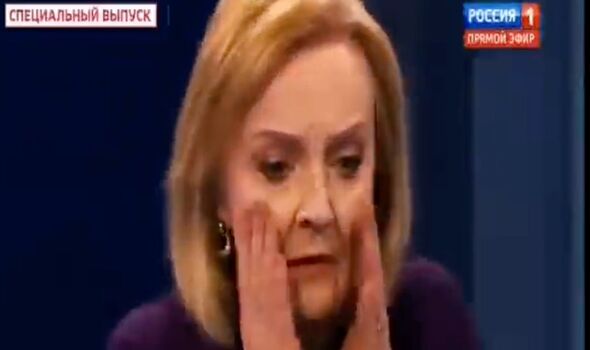 The video, posted on Twitter by BBC journalist Francis Scarr, was commented: “For everyone wondering how Russian state TV would react to events at last night’s UK leadership debate, here is presenter Yevgeny Popov’s take.

“Expect them to ridicule Liz Truss a lot more in the coming weeks…”.

The accident happened during the latest Tory leadership debate between Rishi Sunak and Liz Truss hosted by The Sun and TalkTV.

The debate was cancelled after the presenter Kate McCann fainted on air.

TalkTV said Ms McCann is “fine” but that the channel had been given medical advice not to continue.

In a statement, it added: “We apologise to our viewers and listeners”.