The boss of a top Australian mining firm is stepping down following the company’s destruction of two sacred Aboriginal sites.

Rio Tinto chief executive Jean-Sebastien Jacques will leave the Anglo-Australian mining giant by March over the destruction of the 46,000-year-old caves to access iron ore.

Last month, Mr Jacques apologised at an Australian Senate inquiry into the destruction of the caves in May, saying there was no doubt the company could have made better decisions. 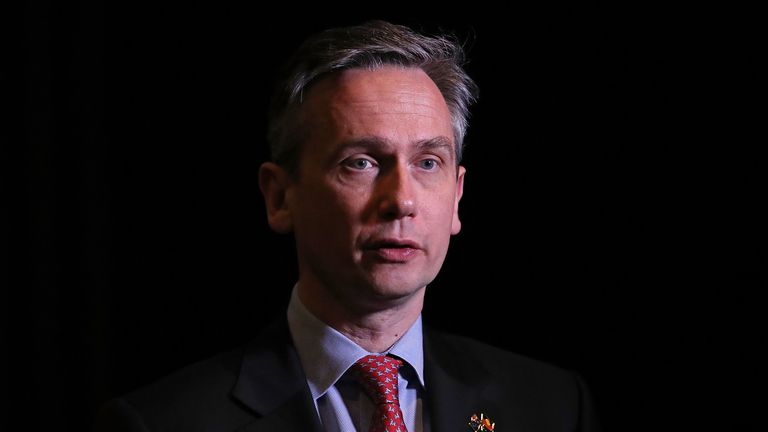 The blasts, which enabled Rio to access £75m (A$132m) of high-grade iron ore, drew international condemnation and damaged the miner’s reputation for dealing with indigenous groups in its worldwide operations.

The rock shelters at Juukan Gorge in Western Australia had shown evidence of continuous human habitation dating back 46,000 years.

The site was destroyed against the wishes of the Puutu Kunti Kurrama and Pinikura (PKKP) people, the traditional owners.

In a statement, Rio Tinto said stakeholders had expressed concerns “about executive accountability for the failings”.

The board said Mr Jacques would remain as the chief executive until March or until a successor was appointed, and that the search for a new CEO is already under way.

In August an internal review financially penalised all three, but did not call for them to be fired.

The high-profile departures come amid heightened sensitivity in Australia to its treatment of Aboriginal people, who are over-represented in the country’s prisons and suffer poorer health and shorter-than-average lifespans.

Brynn O’Brien, executive director of activist investor the Australasian Centre for Corporate Responsibility, said the executive changes “should be a wake-up call for the Australian iron ore sector and mining companies worldwide”.

The Puutu Kunti Kurrama and Pinikura (PKKP) people said they had no comment on the executive changes, but would continue to work with Rio Tinto.

“We cannot and will not allow this type of devastation to occur ever again,” the PKKP said in a statement.

Australia’s largest pension fund, AustralianSuper, said it was satisfied that “appropriate responsibility” had now been taken by Rio Tinto executives, although it added that nothing could undo the destruction of the culturally significant sites.

Western Australian state laws that approved the destruction are also being revised.

“Traditional owners are not anti-economic development. They just want to be able to protect their most significant cultural heritage sites.”