It is a Ramadan like never before in the Muslim-majority region yet to recover from an earlier months-long shutdown. 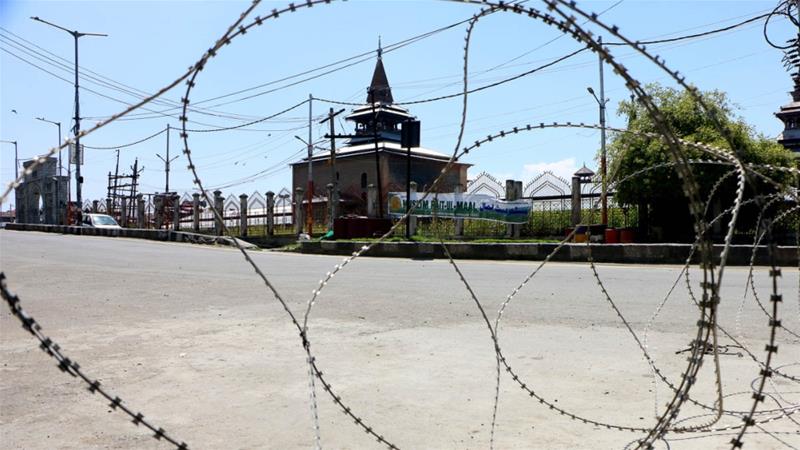 The threat of the spread of the highly contagious coronavirus has emptied the usually overcrowded mosques in the picturesque, Muslim-majority Himalayan valley.

“Our neighbourhood mosque is completely sealed. Everything is so heartbreaking but it is also a matter of life,” said Ghulam Ahmad, a 63-year-old retired government employee.

Ahmad lives in Gund Kaisar, a village in the northern district of Bandipora, which remains one of the most affected parts of Kashmir with more than 100 cases of COVID-19 disease. 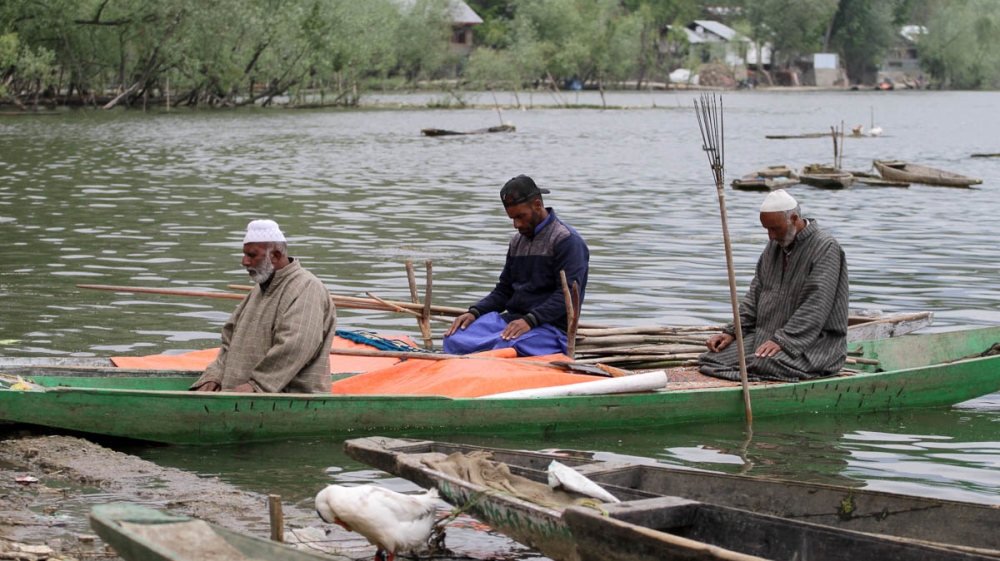 Not a usual Ramadan

Gund Kaisar, like many villages of Bandipora, is under a strict lockdown to contain the spread of the infection that has brought the world to an unprecedented standstill.

Ahmad said his family made no usual preparations for Ramadan, which involves hectic shopping in the run-up to the fasting month.

“We could not even buy dates to break our fasts as the markets here are completely closed and not allowed to open,” he said. “The entry and exit to the village are also sealed.”

In the neighbouring village of Gund Jahangir, which has been declared a highly volatile “red zone” by the region’s administration, Ahmad said at least 35 families have been placed under quarantine.

“It is really painful how suddenly everything has happened,” he said. “Earlier, the village would be like a family and we would go around after iftar and have a chat and visit each other.”

The lockdown during Ramadan, Ahmad said, has subjected the families to immense difficulties.

Triggered by the spread of the novel coronavirus that originated in China and has infected more than three million people across the globe, the lockdown in Kashmir came as the disputed region still had not come to terms with a crippling earlier shutdown, which lasted nearly seven months.

The previous lockdown was imposed in August last year when the Indian government abrogated the region’s semi-autonomous status and divided the state into two federally-administered territories. 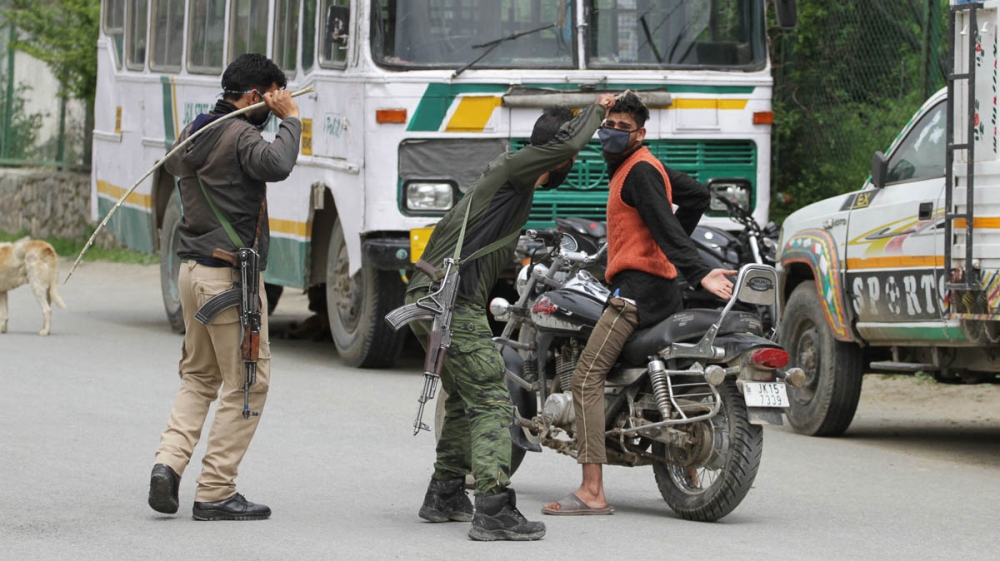 The two lockdowns have brought Kashmir’s economy to a halt, with large scale employment-generating businesses, such as tourism, suspended for nine months now.

The current lockdown was imposed in mid-March when the first coronavirus case was detected in the region.

Since then, the number of positive cases has increased to 500 as more than 60,000 people remain under various levels of observation, including home and hospital quarantine.

Half of the neighbourhoods in the main city of Srinagar, home to more than a million people, remain sealed. Only pharmacies have been exempted from the shutdown.

Coils of razor wire block the city’s main roads as hundreds of police and paramilitary troops stand guard at various checkpoints – a common sight in a region where an armed insurgency has raged for the last three decades.

In the area around 14th-century Jama Masjid, one of the oldest and largest mosques in Srinagar, residents say Ramadan feels incomplete without visiting their mosque.

“It feels like something is incomplete this month,” said Sajad Khan, who runs a shop outside the mosque where residents from nearby neighbourhoods would spend long hours during the holy month.

“There is no hustle and bustle to give you a feel of this month and make you forget for the time being all the troubles we go through,” he told Al Jazeera. 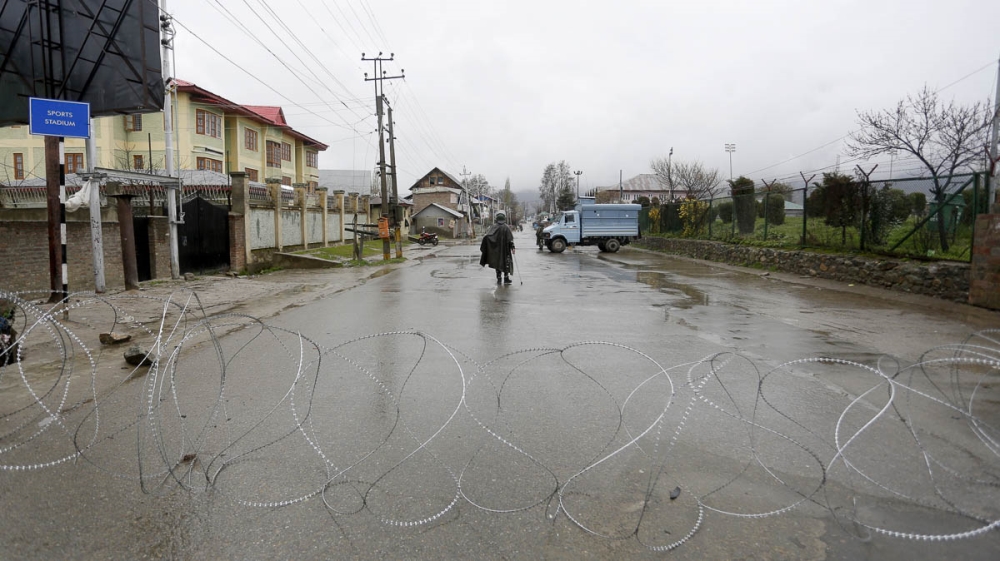 The two lockdowns have also taken a toll on the poorer sections of society, who have lost work in the last nine months.

Mir said the usual festivities were missing this year. “We manage with whatever is available at home. We are under tremendous stress.”

In the Muslim-majority region, the authorities broadcast video messages from religious scholars to sensitise people about staying in and praying at home.

“There is a hadith [Prophet Muhammad’s sayings] that when a plague hits any place, people should stay wherever they are,” said Mufti Khateeb, who leads prayers at the grand mosque in north Kashmir’s Sopore.

Khateeb said people should offer prayers with their families and they will get the same reward. “Muslims everywhere should act with caution and stay in their homes,” he told Al Jazeera.

Saleem Khan, who teaches social and preventive medicine at a government medical college, told Al Jazeera, “This is an unprecedented lockdown but the believers have a responsibility towards people and God.”

“This is a testing time for people globally,” he said.

Singapore man admits being Chinese spy in US