When Ukraine liberated the key city of Izyum – abandoned by Moscow – they found evidence of atrocities and war crimes committed by Russian forces. Already, hundreds of bodies have been exhumed from mass graves, some bearing the hallmarks of torture, others seem to have been executed. Survivors say they were subjected to torture while being held in the cells of the police station in Izyum, which became a bastion of horror during the occupation.

One man, Mykhailo Ivanovych, 67, said that the Russian’s had many different ways to torture residents – he had experienced most of them.

Speaking at a hospital ward in Izyum – his left arm in a cast and sling – he described Russian soldiers beating, shocking and stabbing him while he was in their captivity.

He said: “They tortured me for 12 days. They beat me everywhere. They broke my arm. One Russian was holding it and another one beat it with a pipe.

“They beat me to the point where I didn’t feel anything. They used an electric current on my fingertips – how they burned.” 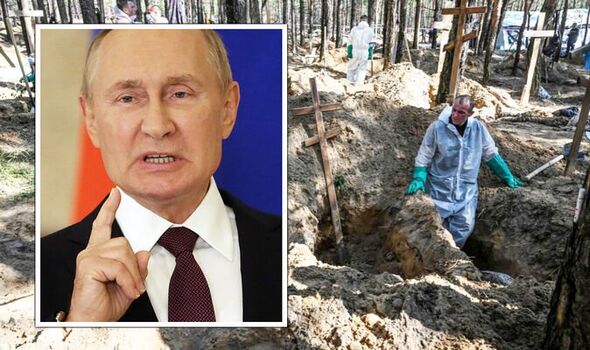 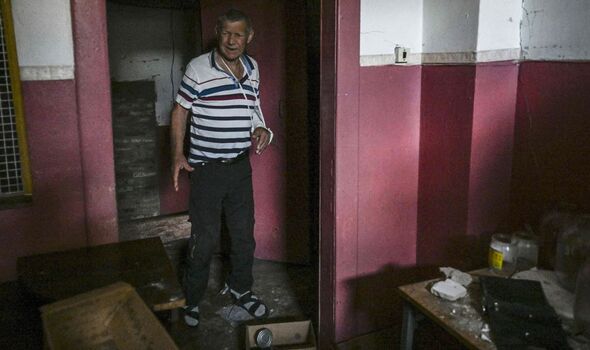 He told the BBC how soldiers had slid needles under the skin on his shoulders.

He added: “They were long, and they put them under my skin here and here. I was taken from there half-dead when our forces liberated this place.”

The alleged torture occurred at the police station in Izyum which was shelled during the conflict and is missing doors and windows. Some of the walls have been marked by captives held there. 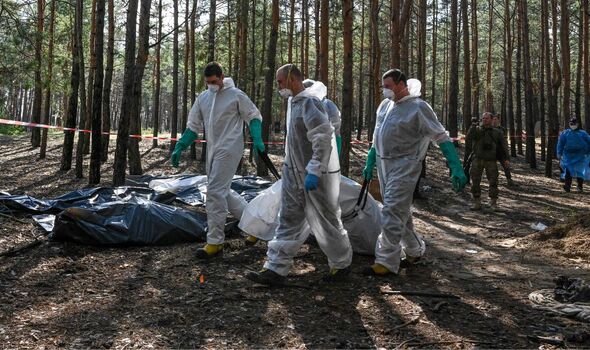 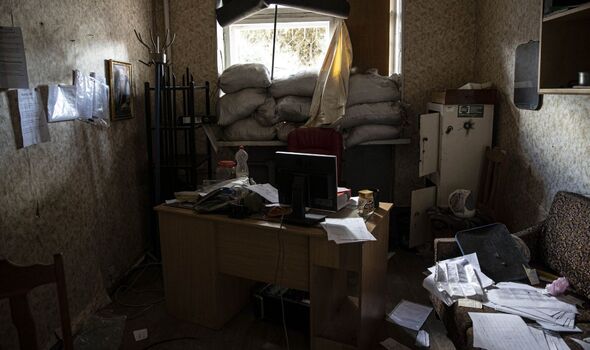 He said of the situation in Izyum: “Russia leaves only death and suffering. Murderers. Torturers.” Some of the bodies exhumed from crude graves were of children, some had signs of torture.

He added: “The whole world should see this. A world in which there should be no cruelty and terrorism. But all this is there. And its name is Russia.”

Other journalists in Izyum described the horrors uncovered following the Russian occupation. Political correspondent and reporter for Deutsche Welle and France24 Emmanuelle Chaze shared a pixelated photo of an exhumed body to Twitter.

She said: “The remains blurred on the picture are those of an [approximately] 18 year old man. His hands were attached in his back. 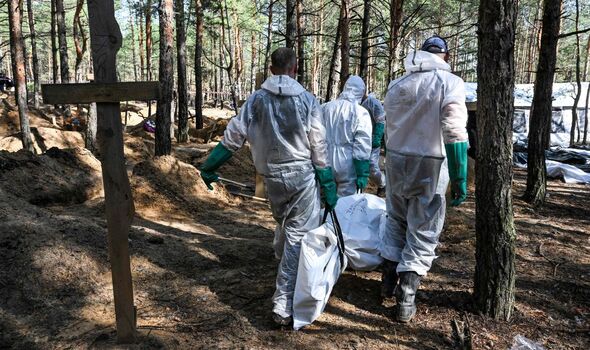 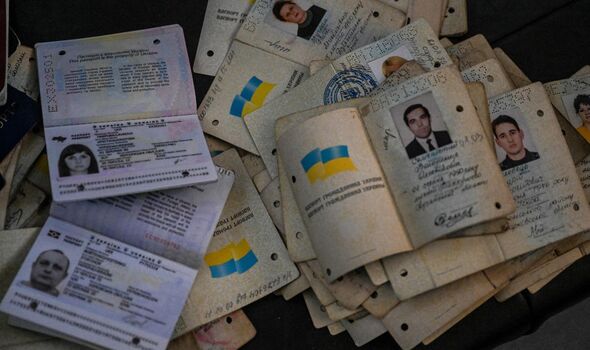 “He received a violent blow with a sharp object on the head. His testicles were crushed and his inner thighs bore traces of torture.”

Ukrainian forces have reportedly begun exhuming around 440 graves in the forest near the city. Photos from the scene appear to show bodies with their hands tied behind their backs.

The Kremlin has dismissed the reports of torture as “lies”. Moscow also denied similar atrocities which were uncovered following Russian forces’ withdrawal around Kyiv.

Ukrainian investigators are in liberated Izyum, documenting evidence of torture and executions to attempt to bring war crimes charges against the preparators.