Expert Steven Erlanger explained why Russia and Iran were building an alliance and claimed it was due to pressure from America. Mr Erlanger claimed Vladimir Putin is eager to show the Russian people that he still had friends left. The New York Times editor stated how odd the relationship between Russia and Iran was, as both were currently competing for oil sales. Western intelligence has claimed Putin will receive top-of-the-range drone systems from Iran during the visit.

“And Russia is eager, Putin is eager to show his own people that he still has friends.

“It’s a very odd relationship in the sense that, you know, Russia is competing with Iran for oil sales right now.

“Because both have sanctioned oil sales, Russia doesn’t want Iran to become a nuclear power. 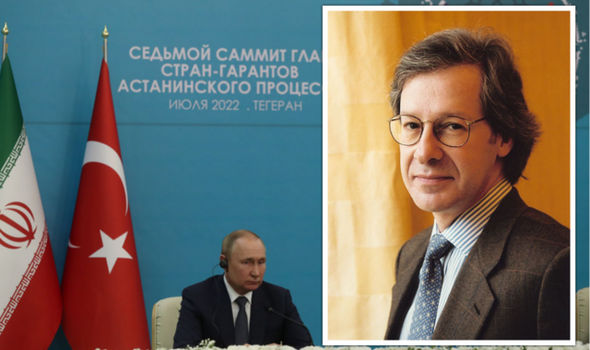 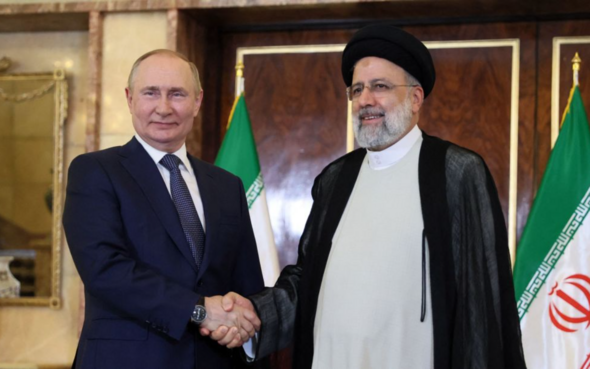 Mr Erlangler added: “They have a long border and much of Russia’s drug problem stems from Iran, and so it’s an odd relationship.

“At the same time Russia is eager for friends, it’s eager to do business since much of its business has been cut off due to Western sanctions.

“Iran is very happy to do that, Iran also wants friends, but it is a strange one.

“They’re a little bit aligned in Syria, which Turkey is not, they have a kind of transactional relationship they don’t talk much about values, shared values.”

Putin's trip to Iran is a 'sign of weakness' says expert

Unlike Russia, Ukraine has been offered ongoing support from NATO-aligned countries, who have been training Ukrainian troops, gifting weapons and sending support packages of financial aid.

Iran is also under Western sanctions, much like Russia.

Some military officials have speculated that Putin’s trip to Iran is to send a strong message to the West as it comes days after US President visited Isreal and Saudi Arabia.

Russia is now scrambling to secure alliances with other countries in order to gain some benefit, to help his war efforts in Ukraine, as Russia has reported to still be using outdated poor quality weapons systems in the illegal invasion of Ukraine. 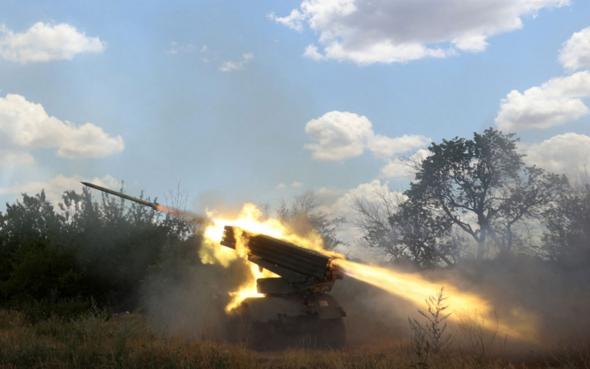 They have speculated that the meeting is In order to gain top-of-the-range drone systems on his visit to Tehran to meet with Ebrahim Raisi.

Major General Chapman told Times Radio: “So what we expect to come out of this is that there will be an offer of a significant number of drones for Russia from Iran.

“Which in itself is interesting because of course, the Russians are taking a hammering at the moment, both in terms of their ammo dumps, their logistic hubs, and their command and control.

“And that is to do with the Russian HIMARS, that’s the high mobility artillery rocket system along with the MERS multiple launch rocket system.

“So one of the ways to negate that is to go HIMARS hunting really by using various types of drones, now we don’t know what sort of drones they might use.