Some 20,000 tons of diesel was spilled into the ecologically sensitive area on May 29 when a storage tank collapsed. Days later President Putin declared a state of emergency in response to the incident.

On Friday Putin said the environmental damage should be fully repaired during a conference call with top officials.

He commented: “It’s necessary to not just quickly clean up the mess, but to ensure high quality recuperation of soils and waterways.”

The pollution has badly hit areas around the Siberian city of Norilsk and there are fears it could find its way into the Arctic Ocean where it could devastate wildlife.

Diesel has already had its way to a lake connected to the Kara Sea, which forms part of the Arctic Ocean, but emergency workers hope it can be halted here. 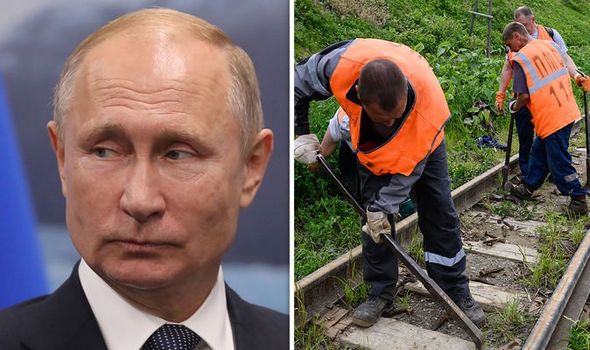 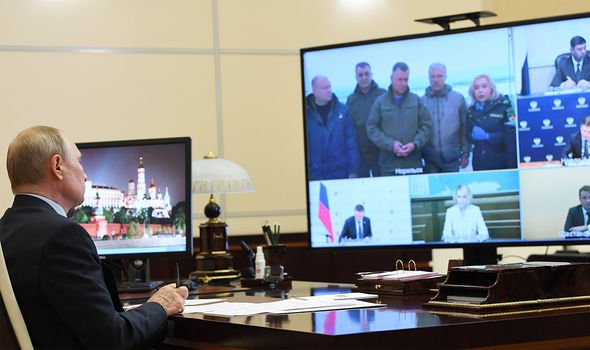 Mr Zinichev added once the initial clean-up operation is complete work will be needed to repair fish enviroments and restore the quality of tundra soil.

The storage tank in question is linked to a power plant owned by Norilsk Nickel, a mining company.

Norilsk, which has a population of around 175,000, is already one of the world’s most polluted cities. 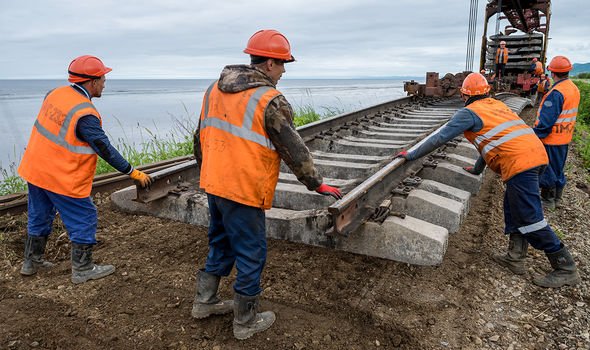 The city was founded in 1935 and was originally linked to a series of Gulag labour camps, where political prisoners and other dissidents were forced to work in horrendous conditions.

During the conference call Putin added: “Obviously, the disaster has brought dire consequences for the environment and severely impacted biodiversity in water bodies.

“It will take a lot of time to reclaim and restore the environment.”

Vyacheslav Starostin, director of the power plant, has been arrested but has not yet been charged. 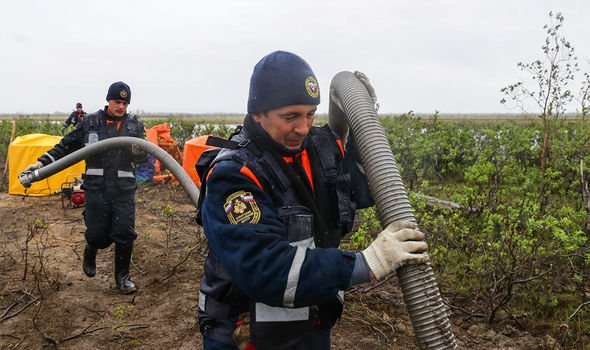 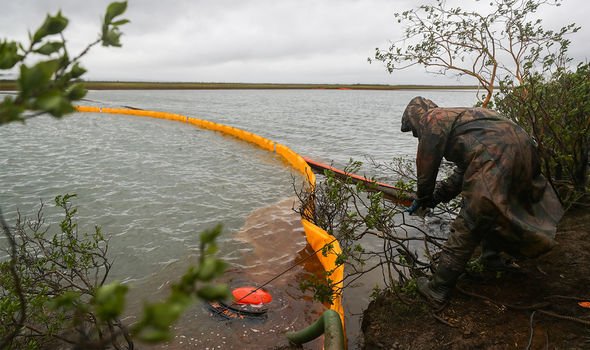 There is particular anger over a reported two day delay between the spillage occurring and it being reported to Moscow.

Russia’s Investigative Committee is looking into the case amidst allegations of gross negligence.

Norilsk Nickel has agreed to pay all costs associated with the clean-up.

On Wednesday, during a video call, Putin raged at the subsidiary’s chief Sergei Lipin.

He said: “Why did government agencies only find out about this two days after the fact?

“Are we going to learn about emergency situations from social media?”

Alexander Uss, the regional governor, claimed he first became aware of the spillage via social media. 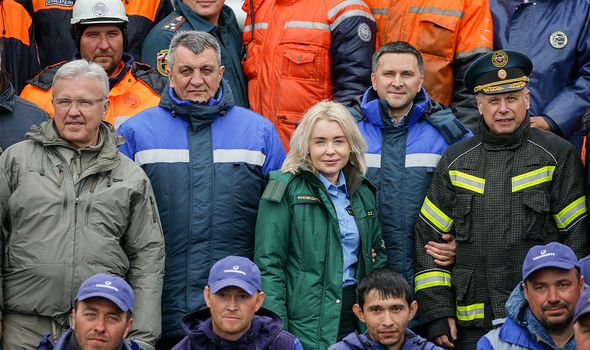 An area of 135 square miles has been contaminated according to Russian state media.

According to Alexei Knizhnikov, from the World Wildlife Fund, the accident is the second largest by volume in Russian history.

Norilsk Nickel insist they responded to the incident in a “timely and proper” manner.

Johnson & Johnson has begun testing its vaccine in adolescents.