MINSK/MOSCOW (Reuters) – The leaders of Russia and Belarus agreed on Saturday that the problems in Belarus would be resolved soon, the Kremlin said, as tens of thousands took to the streets in Minsk once again to urge President Alexander Lukashenko to quit.

Accused of rigging last Sunday’s election, Lukashenko had earlier issued an appeal to Russian President Vladimir Putin as the Belarus leader grapples with the biggest challenge to his 26-year rule and the threat of new Western sanctions.

Ties between the two traditional allies had been under strain before the election, as Russia scaled back the subsidies that propped up Lukashenko’s government. Russia sees Belarus as a strategic buffer against NATO and the EU.

Statements by both sides contained a pointed reference to a “union state” between the two countries. Lukashenko has previously rejected calls by Moscow for closer economic and political ties as an assault on his country’s sovereignty.

“Both sides expressed confidence that all the problems that have arisen will be resolved soon,” a Kremlin statement said after Lukashenko and Putin spoke by phone.

“These problems should not be exploited by destructive forces seeking to harm the mutually beneficial cooperation between the two countries within the framework of the union state,” it added.

The European Union is gearing up to impose new sanctions on Belarus in response to a violent crackdown in which at least two protesters have been killed and thousands detained.

On a visit to neighbouring Poland, U.S. Secretary of State Mike Pompeo said Washington was monitoring the situation closely. The leaders of Estonia, Latvia and Lithuania called on Belarus to conduct new “free and fair” elections.

Lukashenko said he did not need foreign governments or mediators to solve the situation in Belarus, state news agency Belta reported.

“We will not give the country away to anyone,” he said.

Tens of thousands took to the streets of the Belarusian capital on Saturday. Crowds gathered to lay flowers where one of the protesters was killed this week, waving flags and chanting “go away” and “Lukashenko is a murderer”.

Lukashenko has accused the protesters of being criminals and in cahoots with foreign backers. Ahead of his call with Putin on Saturday, he suggested that the impact of the protests might spill beyond Belarus’s borders.

Moscow this week also accused unnamed countries of “outside meddling” in Belarus.

“There is a need to contact Putin so that I can talk to him now, because it is not a threat to just Belarus anymore,” Lukashenko said, according to the Belta news agency.

“Defending Belarus today is no less than defending our entire space, the union state … Those who roam the streets, most of them do not understand this.”

Opposition presidential candidate Sviatlana Tsikhanouskaya, who fled to neighbouring Lithuania on Tuesday, has called for more protests and an election recount.

Her campaign announced she was starting to form a national council to facilitate the transfer of power.

Russia has been wary of unrest on its borders since governments fell in Georgia’s 2003 Rose Revolution, Ukraine’s 2003-04 Orange Revolution and Kyiv’s 2014 Maidan protests – events in which it says the West backed the protesters. 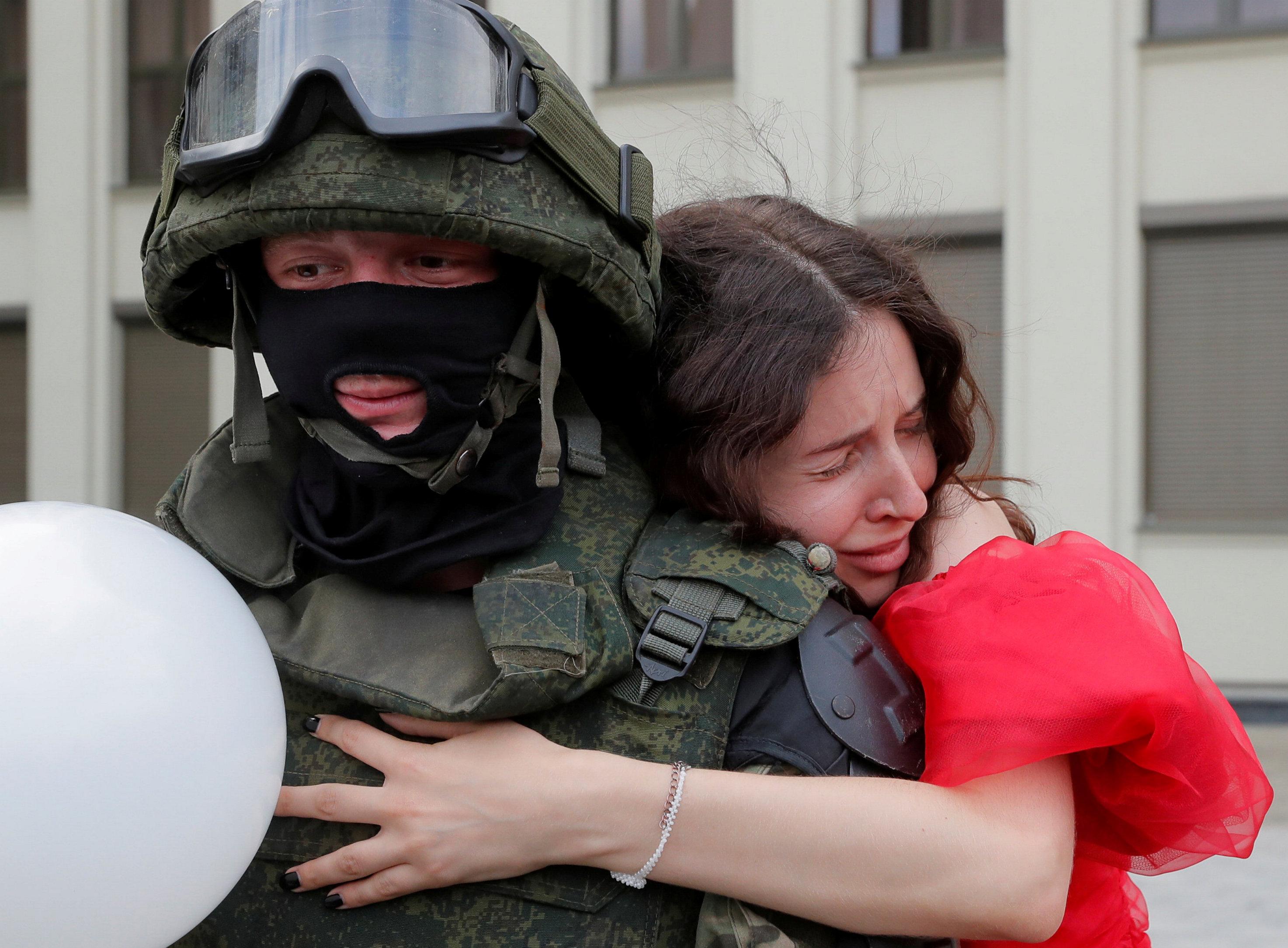 Lukashenko, a 65-year-old who once ran a Soviet collective farm, has faced increasing anger over his handling of the coronavirus pandemic as well as a sluggish economy and civil rights.

The official election result handed him a landslide victory with 80% of the vote, compared to around 10% for Tsikhanouskaya. Washington said the vote “was not free and fair”.

“Former president of #Belarus now asks Putin for help. Against whom? Against own people carrying flowers on the streets?” Lithuania’s Foreign Minister Linas Linkevicius tweeted.