Volodymyr Zelensky has hailed the contiued sucess of Ukrainian forces in his nightly address to his nation. The Ukrainian President said that territory previously occupied by Russian troops for months were being recaptured and that “normal life” was being restored in areas recaptured by Kyiv.

He said: “Remnants of occupiers and sabotage groups are being detected, collaborators are being detained, and full security is being restored.

“It is very important that together with our troops, with our flag, ordinary, normal life enters the de-occupied territory.”

Mr Zelensky added that border guards had been sent to protect “the state border in the liberated territory”.

As Ukrainian momentum continues, the border guard services said that the army had taken control of Volchansk, a town taken in the early days of the war and just two miles from the Russian border. 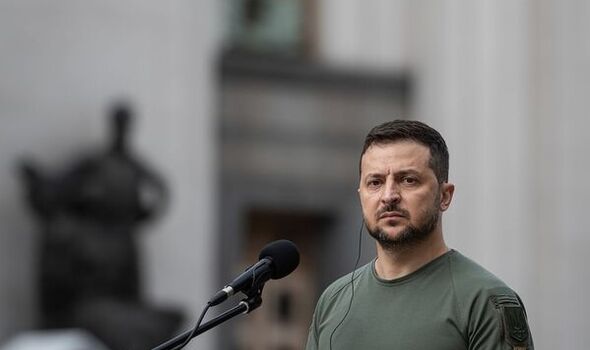 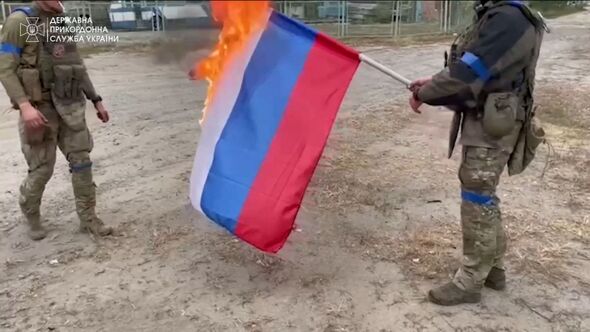 Russia has admitted that it has withdrawn from areas in the north-eastern Kharkiv region, as well as from Melitopol which is the second largest city in the Zaporizhzhya region.

He added that large amounts of military equipment were reported at the village of Chonhar, which marked the boundary between Russian occupied Crimea and the Ukrainian mainland.

Moscow captured Melitopol in early March and it’s recapture by Kyiv would allow Ukraine to disrupt Russian supply lines between the southern and Donbas regions the main areas where Moscow backed forces control. 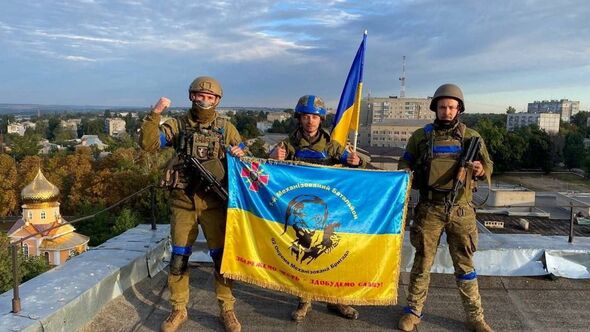 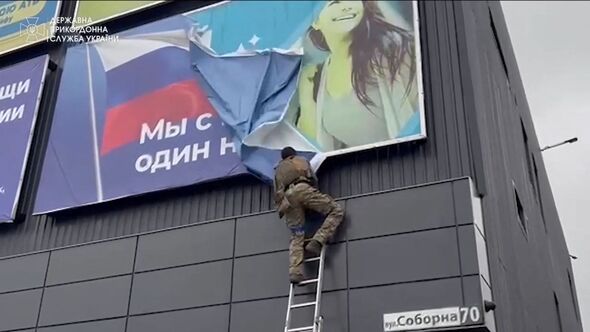 British intelligence reports claim that one of Russia’s main forces, the 1st Guards Tank Army, had been “severely degraded” during what the Kremlin refers to as its “special military operation” in Ukraine.

They said: “It will likely take years for Russia to rebuild this capability.” 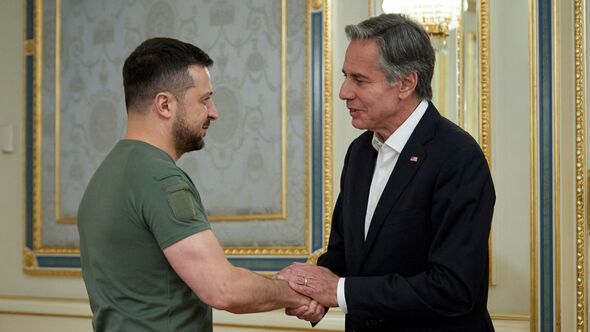 However, Mr Gallyamov warned that even if Russia is willing to negotiate an end to the conflict, Mr Zelensky has made it clear that Moscow must return all Ukrainian territories it currently occupies, including Crimea which it controversially annexed in 2014.

Experts have warned that, despite the current Ukrainian advances, momentum has switched back and forth before and that Vladimir Putin still has more resources and troops available to deploy.

In Washington, US President Joe Biden said it was clear that Ukraine had made “significant progress”.

However, Mr Biden stopped short of claiming that Kyiv’s recent successes indicated a turning point in the war commenting “the question is unanswerable, it’s hard to tell”.