Russia’s invasion of Ukraine has led to tens of thousands of deaths and the destruction of some of the country’s biggest cities. While President Vladimir Putin urges his military to continue its assault in Ukraine, he is also looking to cause disruption elsewhere in the world. Russia has blockaded the Black Sea, which lies to the south of Ukraine, and this has halted Ukraine’s ability to export its grain.

Prior to the invasion, Ukraine was among the biggest exporters of corn and wheat, and this means many countries in the developing world are especially dependent on this supply.

Earlier this month, Levin Professor of History at Yale, Timothy Snyder, outlined how Putin could be “preparing to starve much of the developing world as the next stage in his war in Europe”.

In his Twitter thread, Professor Snyder warned that “tens of millions of people in Africa and Asia will starve” if Ukraine remains unable to export its grain.

He added: “The horror of Putin’s hunger plan is so great that we have a hard time apprehending it.

“We also tend to forget how central food is to politics. Some historical examples can help.” 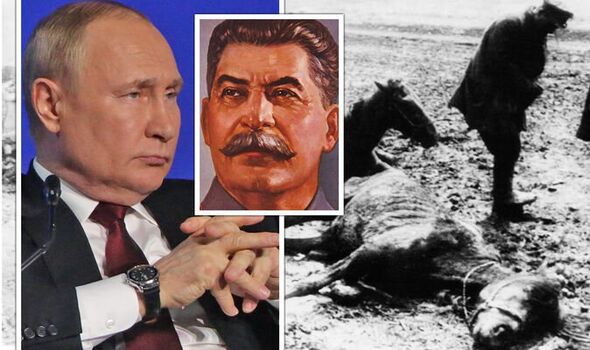 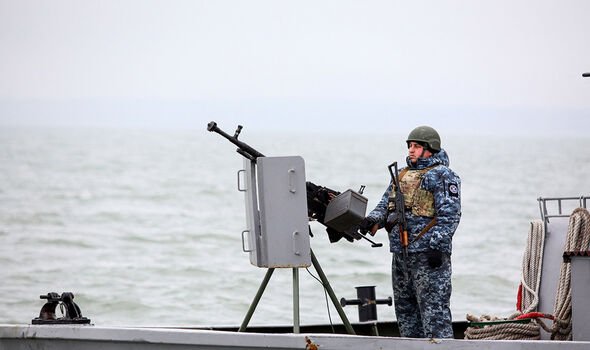 He continued: “For Stalin, Ukraine’s black earth was to be exploited to build an industrial economy for the USSR. In fact, collectivised agriculture killed about four million Ukrainians.

“Notably, as people began to die in large numbers, Stalin blamed the Ukrainians themselves. Soviet propaganda called those who drew attention to the famine ‘Nazis’.”

The expert is referring to the Holodomor – the man-made famine in Soviet Ukraine from 1932 to 1933 that killed millions.

It was caused by Stalin’s desire to eradicate Ukraine’s small farms and replace them with state-run collectives.

Alex de Waal, author of the 2018 book Mass Starvation: The History and Future of Famine, explained further while speaking to History in 2019. 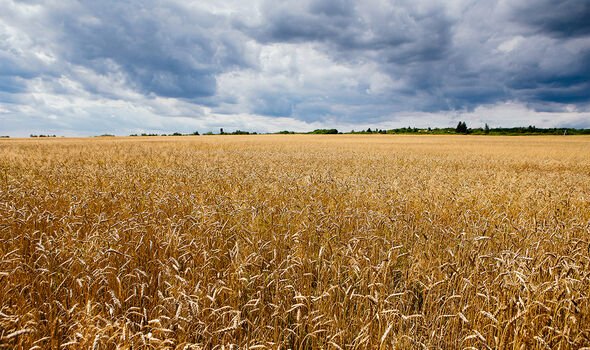 He said the “Ukrainian famine was a clear case of a man-made famine.”

Mr de Waal described it as “a hybrid…of a famine caused by calamitous social-economic policies and one aimed at a particular population for repression or punishment.”

Now, as Putin’s army continues to encircle Ukraine, the world could soon face another man-made famine.

Prime Minister Boris Johnson discussed the issue of Ukrainian grain in the House of Commons on Monday.

With the Black Sea cut off, he suggested that the Danube River or railway routes could be used to export the grain.

Conservative MP Tobias Ellwood, who chairs the Defence Committee, has called on the UK to create a “humanitarian safe haven” around the port of Odesa to ensure “vital grain exports can not only reach Europe but also Africa and prevent famine there”.

The Prime Minister replied: “The work is being led by the UN secretary-general Antonio Guterres, the UK is doing a huge amount to support. 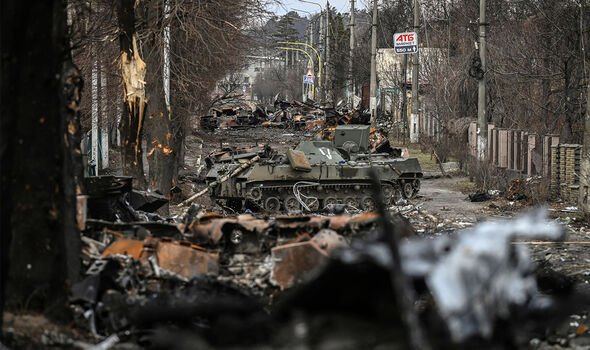 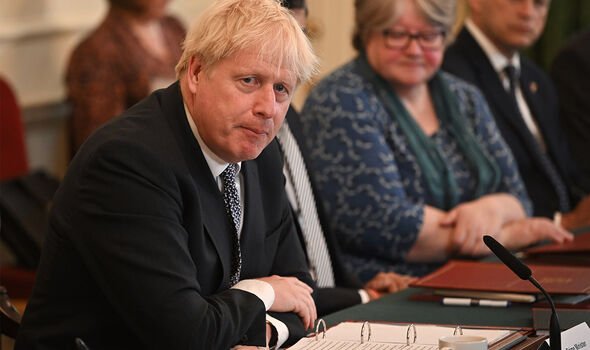 “But as I’ve told the House before, we may have to prepare for a solution that does not depend upon Russian consent because that may not be forthcoming.”

Labour MP Stella Creasy asked Mr Johnson to confirm whether he is looking at breaching the Montreux Convention.

The convention restricts the movement of warships through the Turkish Straits, which includes the Black Sea.

Mr Johnson said this was not an option on the table with the UK trying not to provoke Moscow into escalating tensions further.

He said: “She is right to raise that. No, we are not looking at that. There are alternative solutions that don’t involve the presence of UK or other warships in the Black Sea.

“Though they might involve a tougher approach, but what we are also looking at is the possibility of using the rivers, using the Danube in particular, to try to get using the railways to try to get the grain out in smaller quantities than we would be able to do with a giant maritime convoy through the Black Sea.

“So we are looking at all the possible options, including smaller packets of grain coming out that way.”

Biden-Xi SHOWDOWN: US holds emergency call with China as tensions explode over Taiwan