Speaking to DW News Russian military expert Konstantin Skorkin warned that Putin’s ramping up of Russia’s military presence on the Ukrainian border is a form of “blackmail”. Recent weeks has seen the arrival of an estimated 100,000 Russian soldiers, missile systems and aircraft on Russia’s southern border with Ukraine with experts citing grave concerns of a possible outbreak of war. Mr Skorkin stressed that the situation is now very tense and a “small provocation” could set things off between Ukraine and Russia.

The military expert said: “The Kremlin is doing all this to blackmail Ukraine and the West.

“If troops are reinforced, if the escalation continues, even a small provocation will be enough to set things off.”

Mr Konstantin added this could end “with unpredictable consequences.”

His warning comes as terrifying footage emerged of Russian troops conducting military exercises in a show of military might to Ukraine.

JUST IN: South China Sea: US Navy steps up presence in latest challenge to Beijing as tensions rise 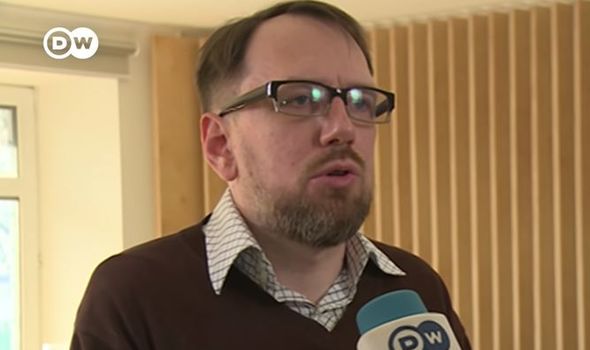 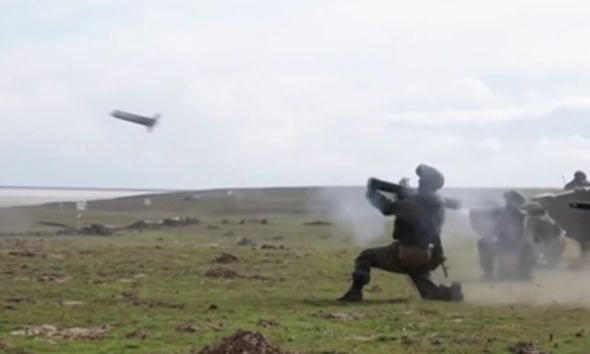 He said: “Russia does not want to annex Donbass as it once did with Crimea.

“Instead Moscow sees Donbass as a part of Ukraine but on its own Russia terms and that means under largely Russian control.”

He added: “Through the politics in Donbass, Moscow could put pressure on all Ukrainianian politics, that’s what Moscow obviously wants.” 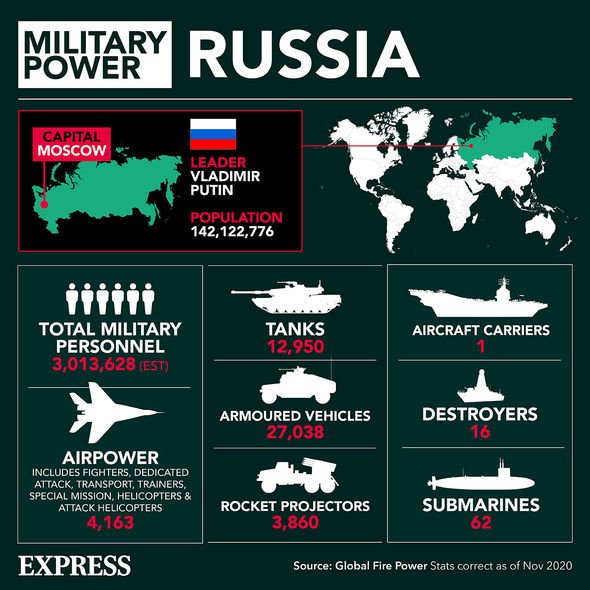 Yesterday it was understood around 100,000 Russian troops had already gathered near the Ukrainian border with NATO reports confirming that Russia had deployed ballistic missiles to the area. Senior commanders and Whitehall officials told The Mirror that the UK was on “high alert”.

Analysis group Janes identified the ballistic projectiles as the short-range Iskander missile system which have previously been deployed in the Russian annexed Crimea.

While an unnamed source from the MoD said: “Aggressive Russian troop movements towards the border have caused a great deal of concern within the Ministry of Defence.”

Moscow also announced the deployment of Russia’s naval fleet consisting of at least ten heavily armed warships, which is expected to arrive in Ukrainian territory within a few days. 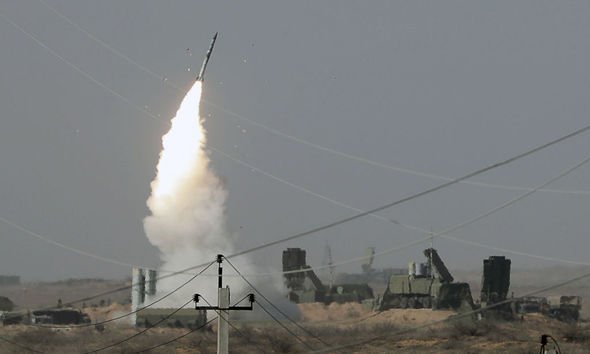 Kiev and Moscow have blamed each other in recent weeks for a spike in violence in the eastern Donbass region of Ukraine where tensions have risen between Ukrainian troops and Russian-backed separatist forces.

One man killed after gun he was playing with discharges, Aurora police say