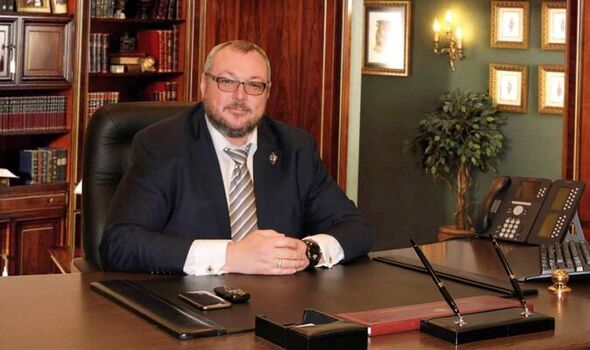 The 51-year-old’s body was discovered, along with those of possibly pregnant wife Yelena, 47, and teenage daughter Maria, 13, by his elder daughter Anastasia, who visited after becoming concerned at their failure to return her calls.

All three had been shot with Mr Avayev’s own pistol, which Anastasia, 26, told officers had been in her father’s hand when she found the bodies.

Mr Avayev was previously an executive at Gazprombank, which is central to Putin’s gas-for-roubles plan aimed at circumventing Western sanctions. He has recently left his post, but there is ongoing uncertainty about whether he retains links to the bank.

He has also served in Mr Putin’s administration, and had built up a large personal fortune as a result of his ownership of a construction company.

Police are now investigating the circumstances leading up to the tragedy, including any possible links to both Mr Avayev’s professional and private life.

One theory suggests Mr Avayev became enraged after discovering his wife was five months pregnant by her husband’s driver – but there are conflicting reports about whether or not she was expecting a baby.

In total, 13 weapons were discovered in the £2million flat, which was locked from the inside, Anastasia said.

One neighbour, referred to as Kristina, said: “I heard three shots and shouting. A woman was screaming. Then two more shots were fired. No-one else was screaming.

“I looked out the window – I thought it was fireworks… it turned out they weren’t, my mother told me it was definitely gunshots.”

Another neighbour claimed recent events might have been playing on his mind.

They explained: “Perhaps this was because of the sanctions – everyone is depressed, some are willing to go to extreme measures.

“They possibly put him in debt and he decided to shoot himself.”

A third suggested an alternative, more sinister explanation, saying: “He was a smart man, almost the head of Gazprombank. I had seen him – he did not look like a maniac. He was a nerd.

“He had no reason to do that. He was rich, smart. There’s no way a man like that could kill. Maybe Avayev and his family were killed.

“So what does that mean? A man with a gun broke into our house, and no one stopped him? How are we supposed to sleep now?”

Britain announced sanctions against Gazprombank last month. Putin responded by ordering foreign countries to open accounts with the bank in order to pay for Russian gas, which would then be converted from dollars or euros into roubles.