Police have not immediately linked the death of the person to the protests but the shooting did occur during a night of carnage in the US city. A Portland police spokesman said in an emailed statement: “Police responded and located a victim with a gunshot wound to the chest. Medical responded and determined that the victim was deceased.

“A Homicide Investigation is underway.”

There were sounds of gunfire in the Southeast 3rd Avenue and Southwest Alder Street.

When asked if the death was related to the recent clashes in the city, a police spokesman added, “it is too early in the investigation to draw those kinds of conclusions”.

The New York Times reported supporters of President Donald Trump had traveled in a caravan through the centre of Portland. 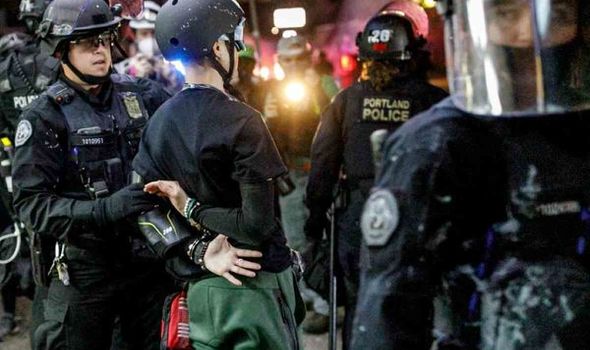 The supporters of Donald Trump numbered in the hundreds.

In a tweet, Portland police said a “political rally is caravanning throughout downtown Portland”.

They added there were “some instances of violence between demonstrators and counter-demonstrators”.

Police then added they had made some arrests after violent clashes. 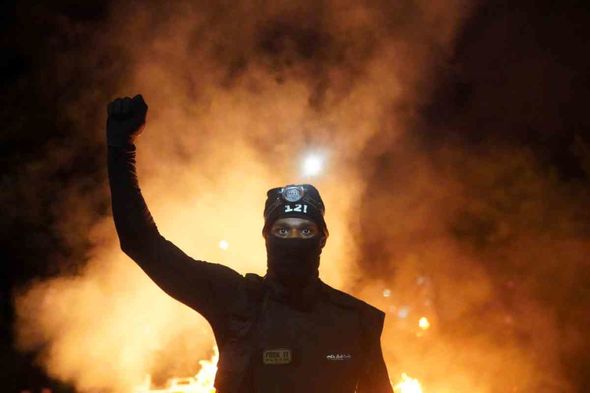 The New York Times reported someone opened fire when an argument ensued close to one of the vehicles.

As the protesters clashed paint ball guns were used from the back of pick-up trucks and objects were thrown.

The pro-Trump supporters began their rally near Clackamas Town Centre and reached Portland on Saturday evening.

The shooting took place after most of the pro-Trump supporters had left Portland city centre. 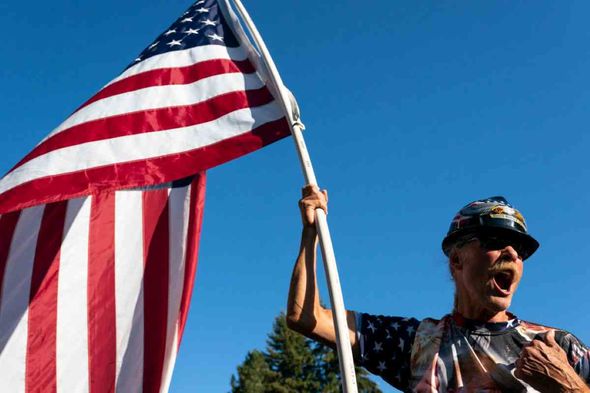 It comes as demonstrations against police brutality and racism have surged throughout the US since the death of George Floyd at the hands of Minneapolis police.

Portland has been the scene of protests every night for the last three months.

US president Donald Trump sent federal forces to Portland to crack down on the protests.