The Supreme Court says there had been dozens of irregularities, but it approves the results of last month’s vote. 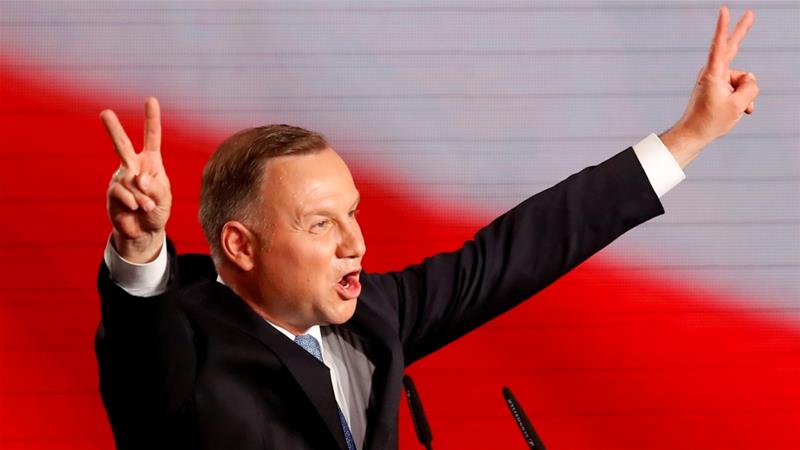 Poland’s Supreme Court has approved the result of last month’s hotly-contested presidential election but said there had been dozens of irregularities.

President Andrzej Duda, who is backed by the ruling populist right-wing Law and Justice (PiS) party, narrowly won re-election on July 12 with 51 percent.

“The Supreme Court confirms the validity of the election of Andrzej Sebastian Duda to the Polish presidency,” judge Ewa Stefanska said in her ruling on Monday.

The opposition had asked for the result to be declared invalid, complaining in particular that the state television network TVP had favoured the incumbent.

The Supreme Court received more than 5,800 complaints, mainly related to voter registration, failure to receive ballots in time and problems with voting abroad.

It upheld only 93 of the complaints but said this was not sufficient to affect the final result of the vote.

Duda is due to be formally sworn in on Thursday.

The election was originally scheduled for May at a time when Duda was riding high in the opinion polls, but it had to be delayed because of the coronavirus pandemic.

Duda’s support fell considerably – also because of the fallout from the virus which is pushing Poland into its first recession since the end of communism in 1989.

Observers from the Organization for Security and Co-operation in Europe’s (OSCE) Office for Democratic Institutions and Human Rights earlier said the vote was “tarnished” by biased coverage on public television.

“The incumbent’s campaign and coverage by the public broadcaster were marked by homophobic, xenophobic and anti-Semitic rhetoric,” they also said in a statement.

During the campaign, Duda railed against “LGBT ideology” and same-sex adoptions and accused his rival of failing to rule out Jewish wartime compensation claims which the government says should be addressed to Germany.

Afghanistan: Ex-Marine Pen Farthing says he will have to put animals to sleep on Kabul runway after UK abandoned his charity