Home » World News » Poland: US to deploy at least 1,000 troops on eastern border

Polish defence minister says the US will deploy 1,000 soldiers in Poland to oversee forces on NATO’s eastern flank. 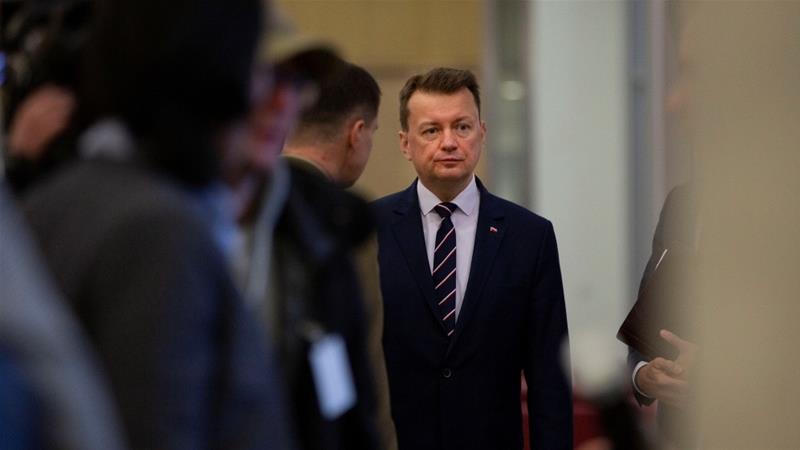 The United States will deploy at least 1,000 soldiers in Poland and oversee forces on NATO’s eastern flank, according to Polish Defence Minister Mariusz Blaszczak.

Blaszczak made the remarks on Friday, a day after US defence secretary, Mark Esper, said the Pentagon will be sending home about 6,400 military personnel from Germany, and move nearly 5,600 to other NATO countries, including Italy and Belgium.

“At least 1,000 new soldiers will be deployed in our country,” Blaszczak told the Jedynka public radio.

“We will have an American command in Poland. This command will manage the troops deployed along NATO’s eastern flank,” he said.

“It will be the most important centre for ground forces in our region,” he said, adding that Warsaw and Washington had sealed a deal for military cooperation.

“We will soon sign the final pact with the Americans.”

The US pullout will cut the presence of US military personnel in Germany to about 24,000.

Esper has stressed that the action is part of his broader plan to reposition US military forces globally to better address the key threats from Russia and China.

Syrian doctor arrested in Germany for 'crimes against humanity'