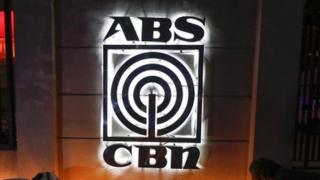 One of the Philippines’ largest broadcasters, ABS-CBN, has been refused a new licence after being forced off air in May.

On Friday, an overwhelming majority of a parliamentary committee rejected ABS-CBN’s request for a 25-year extension of its franchise as “undeserving”.

Government critics say the broadcaster’s troubles are due to its criticism of President Rodrigo Duterte.

Their feud began after ABS-CBN refused to broadcast his campaign ads in 2016.

The broadcaster which operates dozens of radio and TV stations was first taken off air on 4 May its broadcast licence expired.

Ahead of the vote, pictures on social media showed supporters of the network outside Congress holding up posters saying Defend Press Freedom and Stop The Attacks.

“This is a black day for media freedom in a country previously regarded as a bastion of press freedom and democracy in the region,” Phil Robertson, deputy Asia director of Human Rights Watch said after the Friday decision.

“Today’s vote to deny the franchise renewal is an astounding display of obsequious behaviour by Congressional representatives, kowtowing to Duterte by agreeing to seriously limit media freedom in the Philippines,” Mr Robertson explained.

Opposition lawmakers say the suspension also undermines the fight against the coronavirus outbreak, which has infected more than 50,000 people in the country and killed more than 1,300.

ABS-CBN regularly reached more than 15 million homes on TV, radio and online. Founded in 1953, the media conglomerate employs some 11,000 people.

It can appeal against Friday’s decision.

While freedom of the press is guaranteed under the constitution, the Philippines is one of the most dangerous places in the world for journalists, says US-based Freedom House.

Last month, Maria Ressa, the head of popular online news site Rappler, was found guilty of libel in a case seen by many as a test of media freedom.

The Philippines ranks 136th out of 180 countries on the World Press Freedom Index.