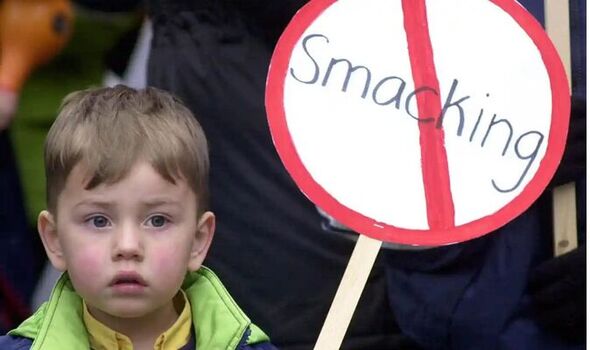 The study, which was carried out by the Australian Catholic University, found that six in 10 Aussies were hit more than four times as a child. It is still not illegal for parents to hit their children in Australia or England, despite it being outlawed in 62 countries around the world.

Young boys who had experienced being hit by a parent or guardian were also almost twice as likely to experience depression and anxiety as they grew up.

Professor Daryl Higgins, who led the study, is calling on the Government to make corporal punishment illegal.

While it is legal for parents to hit their children in Australia, some states have different rules around it.

For example, in New South Wales, the rules state that physical punishment must not be painful for longer than a brief moment and parents cannot hit kids on their heads or necks.

In Victoria, however, there is no legislation around it like in other states where it must be considered “reasonable under the circumstances”.

In England, it is unlawful for parents to smack their children except where this may amount to “reasonable punishment”, but the law doesn’t define what this might consist of.

However, in Scotland and Wales, it is illegal for parents to physically harm their children as they have the same protection in law from physical assault as adults.

This means that parents could face arrest and criminal charges for assault if they hit their children.

As many as 62 countries around the world have made it illegal to use physical punishment against children including Sweden, Korea and Colombia.

A recent poll by YouGov found that at the same time Wales outlawed physical punishment attitudes around hitting children in England had changed somewhat.

Of almost 3,000 adults quizzed, 68 percent said that physically disciplining a child was not acceptable, and 64 percent backed a smacking ban in England.

Speaking to ABC Radio Melbourne, Mr Higgins said: “It’s time to change the laws and to ensure that children are safe from violence in their home just as they are in childcare”.

He said that hitting children can have a huge impact on the population’s already poor mental health rate.

In a separate interview with The Herald Sun, he said: “If you want to reduce population-level anxiety for women and men, don’t hit them as children. There is a very real connection between corporal punishment and current and lifelong experiences of mental ill-health.

“The only benefit is immediate compliance but we know it’s clearly linked to long-term harm.”