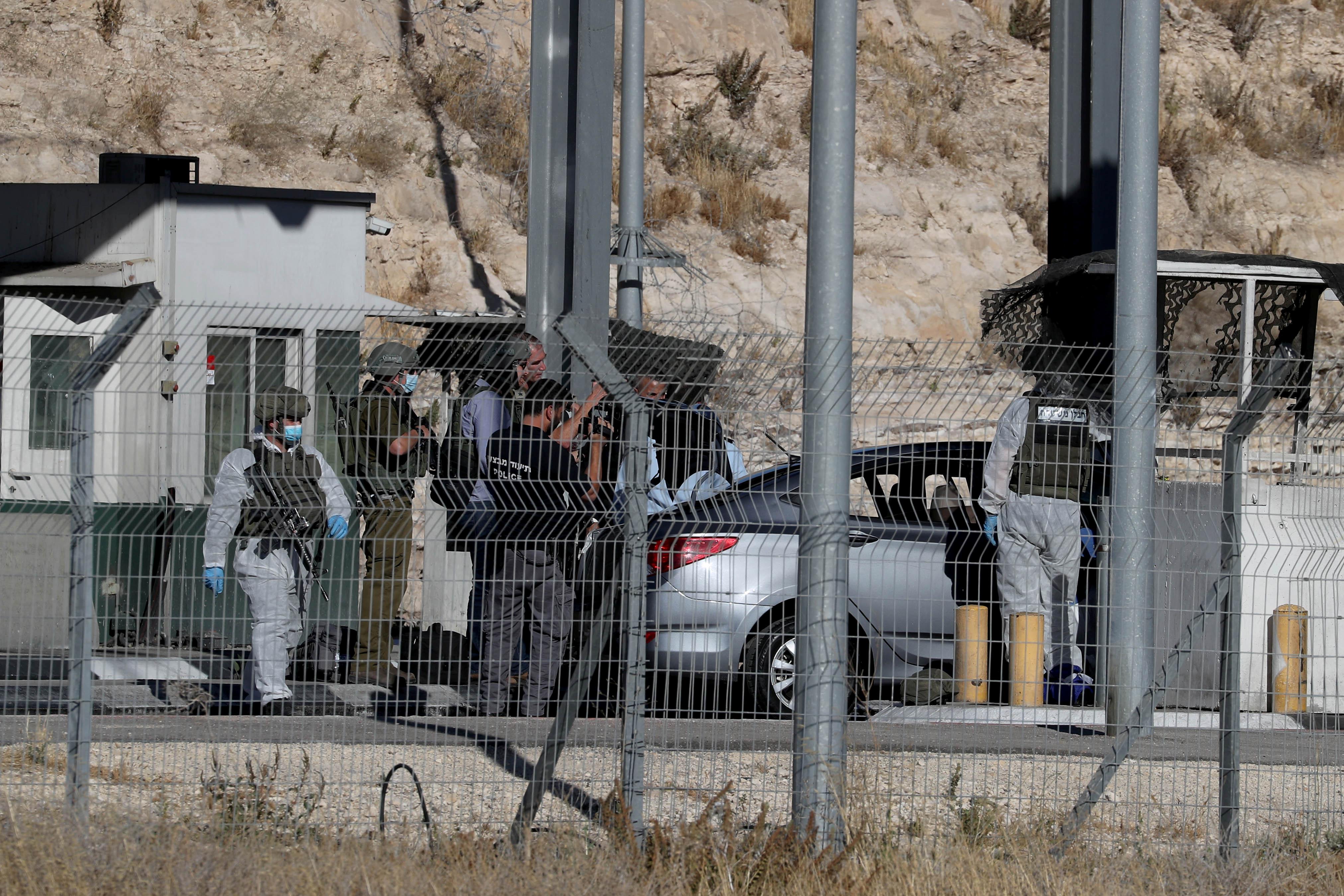 JERUSALEM (Reuters) – Israeli police on Tuesday shot dead a Palestinian man who they said had tried to ram his car into an officer at a military checkpoint in the occupied West Bank.

Palestinian officials questioned the police’s account of Ahmad Erekat’s death. They said he was rushing to nearby Bethlehem to pick up family members from a hair salon on his sister’s wedding day.

Israeli police spokesman Micky Rosenfeld said the 27-year-old Erekat lightly injured an officer when he drove his vehicle into a barrier at a checkpoint near the town of Abu Dis, east of Jerusalem.

“(He) got out of the car and approached officers who responded by shooting” him and “he died at the scene”, Rosenfeld added.

Saeb Erekat, secretary general of the Palestine Liberation Organization, said the man killed was his relative, and that his wedding was set for next week.

“This young man was killed in cold blood. What the occupation army (Israeli military) claims, that he was trying to run someone over, is a lie,” he said.

Video showed Israeli troops placing a plastic sheet over the man, who lay shirtless on the ground next to his vehicle.

Tensions have risen in recent weeks with Israeli Prime Minister Benjamin Netanyahu’s cabinet due on July 1 to begin discussing annexation of the West Bank, territory Israel captured in a 1967 war and that Palestinians seek for a state.

Palestinians vehemently oppose the annexation plan, as do most world powers.

Post Premium: Our best stories for the week of June 29 – July 5

Flowery, Yes. But the Wines of Fleurie Offer More.