At least 20 die from COVID-19 in 24 hours, taking the country’s death toll to 301, according to government figures. 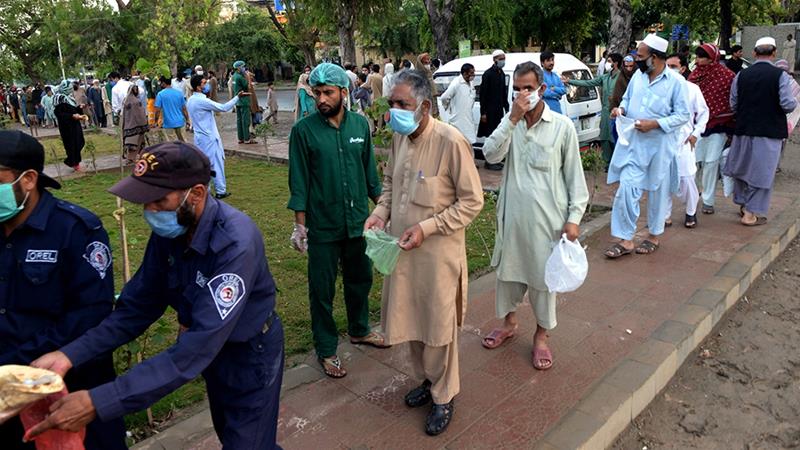 Islamabad, Pakistan – Pakistan has registered its deadliest day in terms of deaths from the coronavirus, with at least 20 people dying, taking the country’s toll to 301 deaths since the outbreak began in late February, government data shows.

Cases in the South Asian nation have been spiking since last week, with 751 new infections recorded on Monday, taking the overall number of cases to 14,079, data collected by Al Jazeera shows.

So far, at least 3,233 patients, or 23 percent of the overall cases, have recovered, leaving 10,545 active cases in a country where a weak health infrastructure has been at the centre of concerns regarding the rapid spread of COVID-19.

In recent weeks, the government has built several makeshift hospitals, with a capacity of thousands. 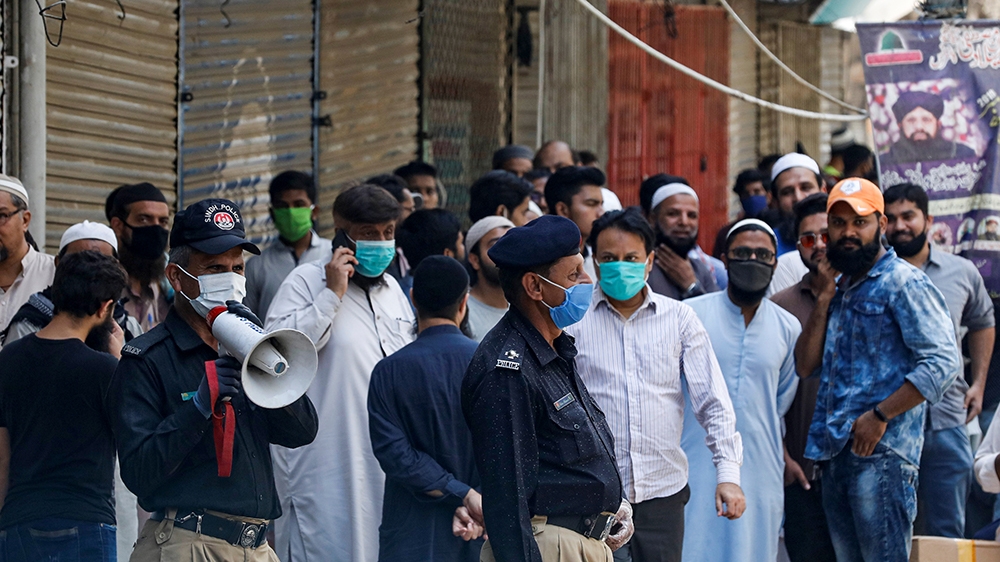 Last week, however, Prime Minister Imran Khan warned that cases could spike by the middle of May, possibly overwhelming infrastructure capacity.

On Monday, Khan chaired a meeting of high-level officials to discuss the government’s response to the crisis, where de facto Health Minister Zafar Mirza told government leaders that “the number of corona[virus] cases and [the] death rate in Pakistan is less than that of the rest of the world”.

Khan reiterated that his government was seeking to “balance the need to save people from corona[virus] and the continuation of economic activity”.

In the same meeting, Industries Minister Hammad Azhar said the government would be paying electricity bills for qualifying small businesses for up to three months to support them during the crisis.

Earlier this month, Khan’s government reopened several sectors of the economy, arguing that rising unemployment could kill more people than the virus.

Cases have been rising, however, with the country’s number doubling roughly every 11 days, while the number of fatalities has doubled almost every eight days.

The latest “deadliest day” comes a week after the previous highest number of daily deaths, 17, was recorded in the country.

As it eases up on the lockdown, the government has also been attempting to tighten restrictions in certain areas.

On Monday, Interior Minister Ijaz Shah advocated for greater restrictions on intercity bus travel on the weekends, stopping labourers from returning to their home villages.

Also on Monday, Imran Ismail, the governor of the southern Sindh province – home to the country’s largest city of Karachi – said he had tested positive for COVID-19.