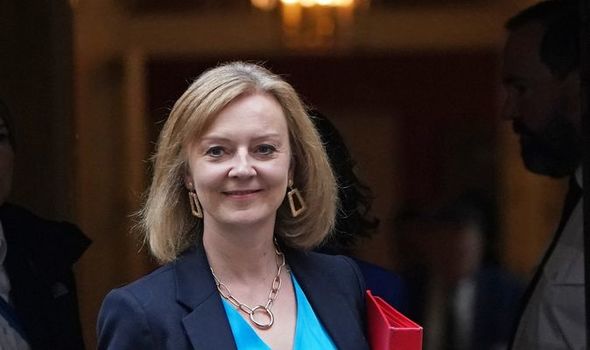 Richard Moore said the Chinese are using “debt traps” and “data traps” to erode our sovereignty. Beijing is trying to influence other countries, he explained, through its economic policies in a bid to “get people on the hook”. Speaking of “data traps”, Mr Moore said: “If you allow another country to gain access to critical data about your society, over time that will erode your sovereignty, you no longer have control over that data.

Beijing’s growing assertiveness and military strength pose a “serious challenge” to global peace, he added. Meanwhile, Moscow should be in no doubt Britain will do whatever it takes “to keep our country safe” against a “full spectrum of threats”. The Chief of the Secret Intelligence Service (MI6) described Russia’s desire to annex the Ukraine as a “chronic problem”.

He spoke as Foreign Secretary Liz Truss, was given a ride on a tank as she visited British troops on deployment to Estonia. She warned President Vladimir Putin that any invasion of Ukraine would be a “strategic mistake”. Nato foreign ministers are meeting in Latvia to consider how to respond to Russia’s military build-up near the Ukrainian border. Ms Truss declared: “We stand with our fellow democracies against Russia’s malign activity.”

Meanwhile, in a major speech to the International Institute for Strategic Studies, Mr Moore said adapting to the rise of China is the “single greatest priority” for MI6. He added: “The Chinese intelligence services continue to conduct large-scale espionage operations against the UK and our allies. Beijing believes its own propaganda about Western frailties and under-estimates Washington’s resolve.”

Then, in an interview ahead of the speech with BBC Radio 4’s Today programme, the MI6 chief said China had the capability to harvest data from around the world, which is why MI6 needs to forge close links to tech giants.

He also said Russia’s President Putin has made it clear he does not accept Ukraine’s right to be an independent state. “From time to time, we get sort of crises around Ukraine as we worry about build-up of troops and what President Putin’s intentions might be.

He described Russia, China, Iran and international terrorism as the “Big Four” challenges. And he denied the rapid seizure of the Afghanistan capital by the Taliban in August was an “intelligence failure”.

Even if MI6 had recruited every member of the Taliban leadership, he said, the agency would still not have been able to predict the speed of the fall of Kabul.