HONG KONG (Reuters) – A key organiser of primary elections for Hong Kong’s pro-democracy camp said on Wednesday he was stepping down after Beijing said the vote may violate the new national security law and could amount to subversion. 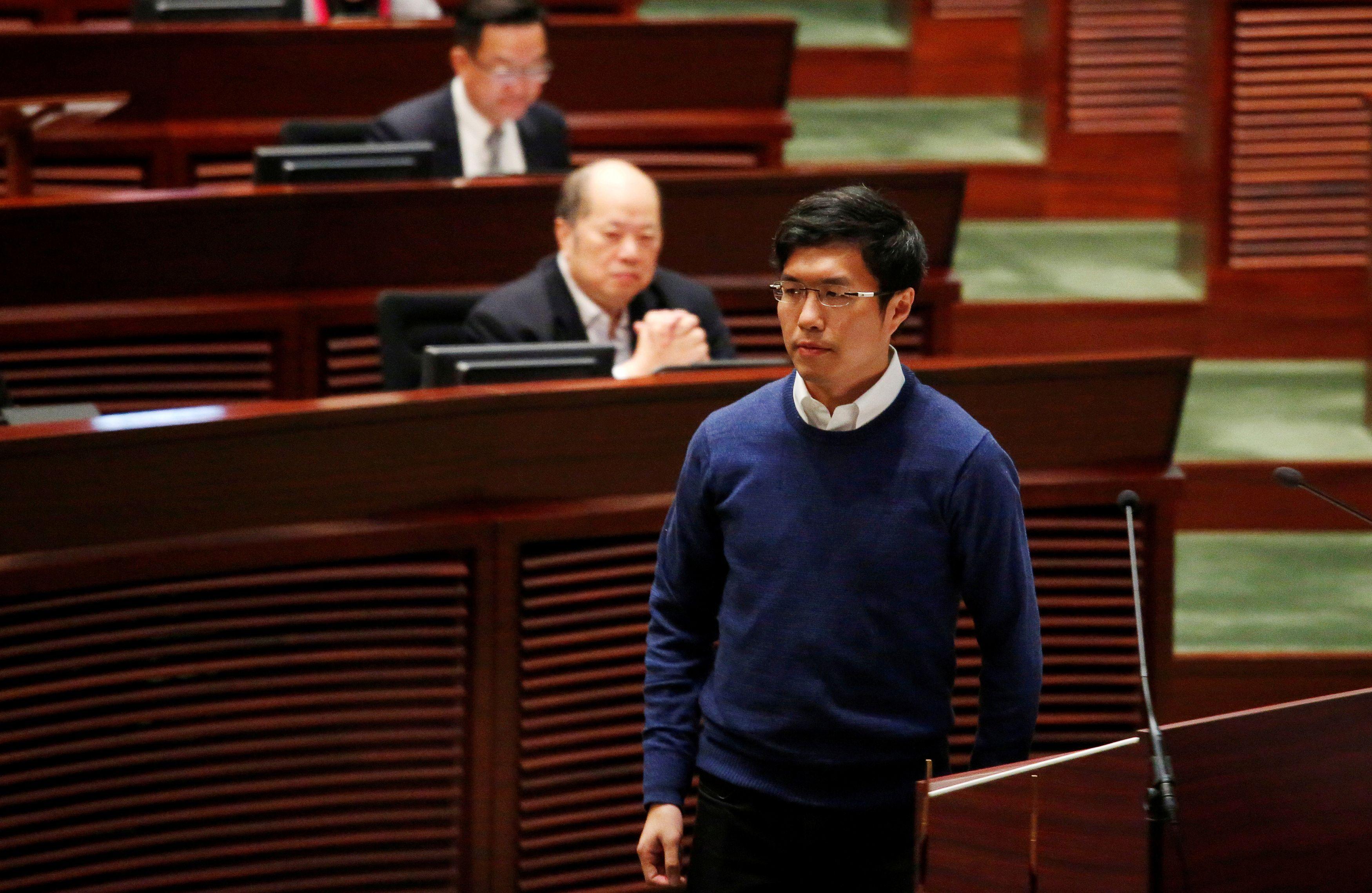 Former democracy lawmaker Au Nok-hin helped organise the weekend poll that saw more than 610,000 people vote in what was widely seen as a symbolic protest against the sweeping legislation imposed on the city by Beijing.

“Withdrawal is the only choice (I have, to) … protect myself and others,” Au said in a Facebook post.

The primary polls were aimed at selecting democracy candidates to stand in September elections for the Legislative Council, Hong Kong’s governing body.

“For those who do not recognise democracy, or do not agree with democratic values, it is difficult to understand the meaning of the primary election,” said Benny Tai, another organiser of the pro-democracy polls.

The new security law punishes what Beijing broadly defines as secession, subversion, terrorism and collusion with foreign forces with up to life in prison and sees Chinese intelligence agents operating officially in the city for the first time.

Critics of the law fear it will crush wide-ranging freedoms promised to Hong Kong when it returned to Chinese rule in 1997, while supporters say it will bring stability to the city after a year of sometimes violent anti-government protests.

The primaries saw a group of young democrats, or “localists” perform strongly, reflecting a potential change of guard to a more radical grouping likely to rile authorities in Beijing.

Hong Kong police on Wednesday arrested the vice chairman of the city’s Democratic Party, Lo Kin-hei, on charges of unlawful assembly related to anti-government protests in November, he wrote on his Facebook page. He was released on bail.

Hong Kong police said it charged five males aged 21 to 70 with unlawful assembly, without giving names and they will be mentioned in court on Aug. 21.

The moves come as U.S. President Donald Trump on Tuesday ordered an end to Hong Kong’s special status under U.S. law to punish China for what he called “oppressive actions” against the former British colony.

“Hong Kong will now be treated the same as mainland China,” Trump said.

In another blow to the city’s international status, the New York Times (NYT.N) said it would shift part of its Hong Kong office to Seoul, as worries grow that security law would curb media and other freedoms in the city.

Woman tells husband her brother died, he texts her ‘I’m sorry’ while next to her

How America’s Food System Could Change Under Biden