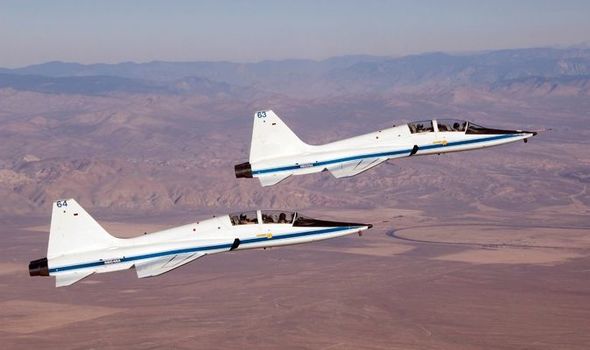 A Flying Training Wing for the US Air Force, the Texan military centre has released a statement highlighting the death of one pilot and the evacuation of two injured pilots to the hospital.

In a statement, the 47th Flying Training Wing said: “One pilot was killed and two pilots injured during a mishap involving two T-38C Talon trainer aircraft here at approximately 10am Nov 19.

“One of the injured pilots was transported to Val Verde Regional Medical Center in Del Rio, Texas, where they were treated and released.

“The other pilot is in critical condition and was evacuated by air to Brooke Army Medical Center in San Antonio.”

The airforce base added that the names of the pilots would not yet be revealed so that next of kin may be notified.

Colonel Craig Prather, the commander of the 47th Flying Training Wing, said in a statement: “Losing teammates is unbelievably painful and it is with a heavy heart I express my sincere condolences.

“Our hearts, thoughts and prayers are with our pilots involved in this mishap and their families.”

An investigation into the “mishap” remains ongoing.

Which Tory MPs have criticised Boris? From Tobias Ellwood to Douglas Ross

Time to boot EU out! Britons call on Truss to get tough with Sefcovic in talks