Hume was seen as the principal architect behind the peace agreement ending sectarian violence in Northern Ireland. 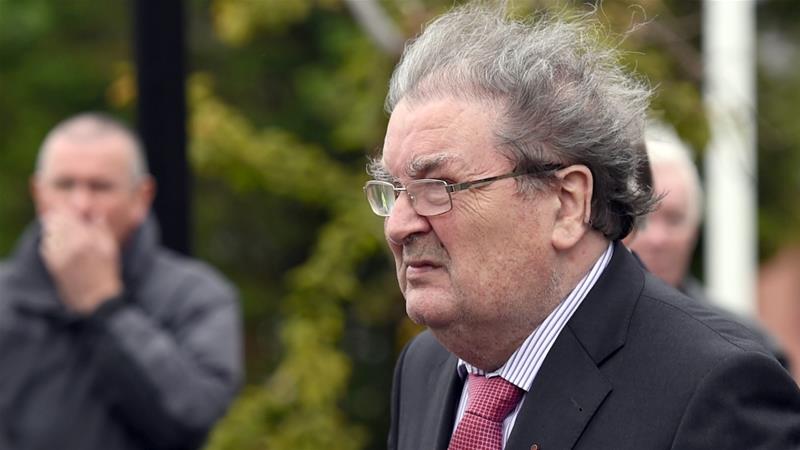 Politician John Hume, who won the Nobel Peace Prize for his work to end violence in his native Northern Ireland, has died at the age of 83, according to his family.

The former lawmaker had dementia and suffered ill health for a number of years.

The Catholic leader of the moderate Social Democratic and Labour Party, Hume was seen as the principal architect behind the 1998 Good Friday peace agreement.

He shared the prize with David Trimble, the leader of the Protestant Ulster Unionist Party. Leaders of the two biggest parties in Northern Ireland at the time, were awarded for their efforts to end the sectarian violence that plagued the region for 30 years.

Hume, a civil rights leader who joined the Northern Irish civil rights movement in the 1960s, saw nationalism as a declining force.

He sought self-government for Northern Ireland with power divided among the groups forming it.

“Ireland is not a romantic dream; it is not a flag; it is 4.5 million people divided into two powerful traditions,” Hume said.

“The solution will be found not on the basis of victory for either, but on the basis of agreement and a partnership between both. The real division of Ireland is not a line drawn on the map, but in the minds and hearts of its people,” he said.

While both Hume and Trimble credited the people of Northern Ireland and the Republic of Ireland, it was Hume’s diplomacy that gave impetus to the peace process.

Hume won a breakthrough in Belfast’s political landscape in 1993 by courting Gerry Adams, head of Sinn Fein, the political wing of the Irish Republican Army, in hopes of securing an IRA ceasefire.

The IRA, a paramilitary organisation in Ireland, believed that the Republic of Ireland and Northern Ireland should together be an independent republic free from British rule.

“He stood proudly in the tradition that was totally opposed to violence and committed to pursuing his objectives by exclusively peaceful and democratic means,” Johnson said.

“With his passing we have lost a great man who did so much to help bring an end to the troubles and build a better future for all.”

Guest Commentary: Trump should look to Colorado’s marijuana pardons as a guide for his final acts