One ordered his country’s armed forces to crush a defiant region’s resistance. Another ignored genocidal killings of a minority. Some had pushed for peaceful outcomes, but the achievements exalted at the time proved flawed or ineffective in hindsight.

All were winners of the Nobel Peace Prize.

At least six times in recent decades, the Norwegian committee that awards the annual prize has picked recipients whose actions and behavior — either before or after the honor was given — have been viewed as unworthy or in some cases even absurd.

The moves this month by Abiy Ahmed, the prime minister of Ethiopia, to violently suppress the Tigray region and risk plunging Africa’s second most-populous country into a disastrous civil war have reinforced doubts about the Nobel committee’s thinking and secretive deliberations.

“The committee can always play it safe with candidates who are completely uncontroversial, for past achievements,” said Henrik Urdal, director and research professor at the Peace Research Institute Oslo, which analyzes the Nobel Peace Prize selections.

But especially in recent years, Mr. Urdal said, the committee had “tried to give awards for processes, for trying to encourage the awardees to live up to the prize, and that’s an extremely risky business.”

Here are examples of some questionable choices, in reverse chronological order:

The committee chose Mr. Abiy for work he did in the first few months after taking office in 2018 — introducing democratic changes after an era of repression, releasing political prisoners, loosening restraints on the media and, in particular, resolving the protracted border conflict with neighboring Eritrea.

But in early November Mr. Abiy ordered military operations and airstrikes in Tigray, a region whose leaders had defied him by proceeding with an election that had been called off because of the pandemic. As fighting escalates, and refugees stream into neighboring Sudan, Mr. Abiy’s government has declared a state of emergency and cut off communications to the region.

Mr. Santos, president of Colombia at the time, was honored “for his resolute efforts to bring the country’s more than 50-year-long civil war to an end” by having attempted to make peace with the Revolutionary Armed Forces of Colombia, or FARC, a leftist guerrilla group.

The award was announced just days after Colombians had narrowly rejected the peace agreement in a referendum, a deep embarrassment to Mr. Santos. While a peace deal was eventually pushed through the country’s legislature, recent developments in the country suggest it is once again descending into conflict. 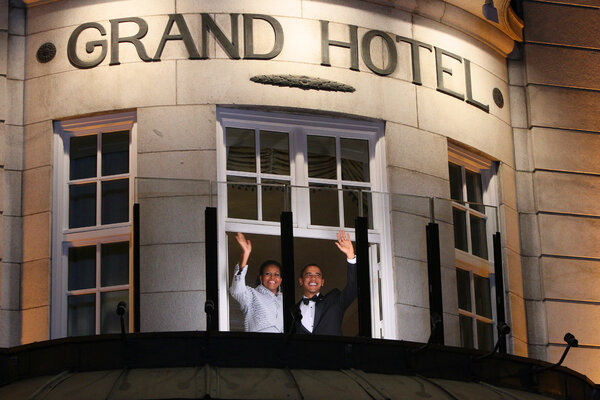 Barely into his first term as president, Mr. Obama won “for his extraordinary efforts to strengthen international diplomacy and cooperation between peoples.” But many critics, some supporters and even Mr. Obama himself questioned the choice, given that he had yet to achieve any significant result for the cause of world peace. “For what?” he recalled having asked in his autobiography upon learning that he had been picked.

Some commentators said the Nobel committee had made an “aspirational choice,” seeing potential in Mr. Obama’s hopes for a more tranquil world, punctuated by his desire to end the wars in Iraq and Afghanistan. But Mr. Obama authorized a surge of American troops into Afghanistan and presided over a vast expansion in the drone strike program. It would also be a few more years before most U.S. forces in Iraq would leave.

Mr. Kim, who went from dissident, exile and death-row prisoner during South Korea’s authoritarian era to become president, was awarded the prize for work to promote “democracy and human rights in South Korea and in East Asia in general, and for peace and reconciliation with North Korea in particular.” He went on a groundbreaking trip to North Korea, where he met with his counterpart, Kim Jong-il, advancing a thaw in relations and backing the goal of eventual reunification.

But the two countries have remained in a technical state of war, and under Kim Jong-il’s son and successor, Kim Jong-un, North Korea has developed an arsenal of nuclear weapons and missiles. In some ways, the prospect of peace between the two Koreas seems even more remote, despite meetings in the past few years between Kim Jong-un and his South Korean counterpart Moon Jae-in, and with President Trump.

The chairman of the Palestine Liberation Organization and two statesmen of Israel were jointly recognized for “their efforts to create peace in the Middle East,” through the signing of the so-called Oslo Accords aimed at reconciliation between Palestinians and Israelis.

Mr. Rabin, then prime minister, was assassinated in 1995 by an Israeli fanatic who opposed a peace agreement. And efforts since then to resolve the conflict have repeatedly faltered, punctuated by bouts of violence and bitter recriminations. Doubts about a proposed two-state solution have only intensified in recent years, amid threats by Israel to annex territory in the occupied West Bank.

Aung San Suu Kyi, a founder of Myanmar’s National League for Democracy, was a hero of the world’s human rights advocates during the years of brutal suppression by a military junta, which kept her under house arrest. The Nobel committee cited “her nonviolent struggle for democracy and human rights” in awarding the prize. Myanmar’s generals would not release her until 2010, and she has since become the top civilian leader in the country.

Since rising to power, however, Aung San Suu Kyi has undergone what many rights advocates describe as a complete makeover, rejecting evidence that Myanmar has systematically and brutally persecuted the country’s Rohingya Muslim minority. Defending Myanmar at the International Court of Justice last year against accusations of genocide, she argued that there had been no orchestrated campaign.

Some scholars of Nobel history said that even with flawed choices, the peace prize retains an inherent value.

“I would say that the Nobel Peace Prize has been awarded to individuals and organizations that did not always live up to its ideals,” said Richard B. Gunderman, a professor at Indiana University who has written about it, “but the prize itself still highlights peace as an overarching aspiration in international relations.”