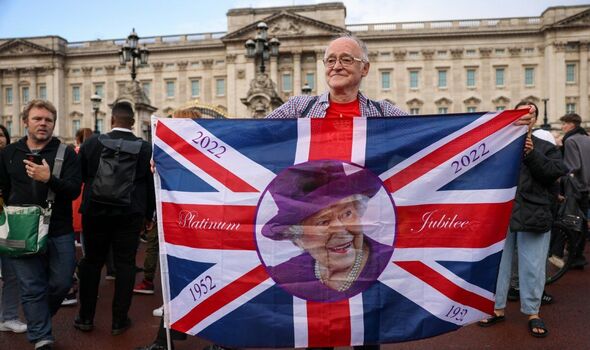 One in five couldn’t get enough of keeping up with the rapid rotation of Prime Ministers, while 11 percent were shocked when former Health Secretary Matt Hancock entered the “I’m A Celebrity” jungle.

And other news highlights have included Liz Truss’ premiership being outlasted by a lettuce (20 percent), and the UK coming second in the Eurovision Song Contest (17 percent).

Now, this quiz has been created to test how well you kept up to date with the major current affairs of this year.

Both the quiz and the research were commissioned by digital magazine and newspaper app, Readly.

Chris Couchman, head of content at Readly said: “2022 has certainly been a year of ups and downs – with war, Covid recovery, inflation, and now strikes.

“We have mourned some of the nation’s most popular characters, whilst winning one of the World’s top tournaments.

“The concern around COVID-19 has been taken over by the cost-of-living crisis.

“If we were told we’d see three Prime Ministers this year, and also our monarch’s reign would come to an end, you wouldn’t believe it – but it seems no news is surprising these days.”

It seems no news is surprising these days

In a typical month this year, 11 percent of respondents have had ten or more conversations about memorable events with friends, family, and colleagues.

And just over seven in ten (71 percent) consider themselves in the loop with current news events – with news broadcasts on TV (46 percent), newspapers (34 percent), and the radio deemed the most common ways of getting this kind of information.

Nowadays, though, Brits also like to get their news in other forms – with 42 percent saying they are listening to podcasts, while 14 percent are getting it through digital magazines.

The Trojan Horse Affair (16 percent), BBC Good Food with Tom Kerridge (14 percent), and Desert Island Dishes (12 percent) were among the most popular podcasts respondents listen to.

And the OnePoll study also revealed the topics that adults don’t want to hear any more about – including Love Island (38 percent), Prince Harry and Meghan Markle (36 percent), and I’m a Celebrity (34 percent).

These were followed by YouTube personalities (32 percent), Cristiano Ronaldo (31 percent), and cryptocurrencies (29 percent).

The Queen came out on top as the most shocking death of the year (37 percent), with Dame Olivia Newton John (20 percent) and Robbie Coltrane (19 percent) close behind.

The research also found that sports (31 percent), politics (31 percent), and entertainment (29 percent) are the topics people prefer to read most about.

But three-quarters (74 percent) of people said they can’t quite believe some of the stories that are reported in the media, and a further 25 percent often find themselves “doomscrolling” their social channels.

When looking at the year ahead, 27 percent think there will be more positive news in 2023 than this year.

Chris Crouchman, of Readly, which saw 286,000 digital issues read 146 million times on the platform this year, said: “Some of the news this year has been difficult to take in – but this has been coupled with happy, heart-warming events that have united the nation, and for which we have seen much appetite across our portfolio of digital magazines and newspapers.

“Our data insights shows that reading has spiked in categories such as news and politics, craft and DIY, and TV, film and cinema this year.

“Whilst celebrity, motoring, and lifestyle were the top read categories in the UK, people are also reading more about weddings, travel, and crafting hobbies this year.

“It will be interesting to see what 2023 brings – let’s hope it’s less doom and gloom and more upbeat, positive news that we can all look forward to.”

Denver weather: A chance of snow is now in the forecast

Russia threat: Putin pushes towards West – as Trump pulls troops out of Germany