NATO – the North Atlantic Treaty Organisation – is a political and military alliance made up of 30 countries. Member states consult and make decisions together in the interest of shared values, and as a group, NATO possesses the military power to undertake crisis management operations where diplomacy fails. NATO defence spending is seen as a key factor in budgeting for all members states.

How much do members spend?

During his time as US president, Donald Trump criticised NATO members in Europe for not spending enough to support the alliance.

But at the G7 Summit, President Joe Biden reaffirmed US support.

In terms of the proportion of its GDP (the total value of goods produced and services) allocated to defence expenditure, the United States spends more than any of the other 29 NATO countries.

In 2020, it’s estimated that the US spent just over 3.7 percent of its GDP on defence, while the average for NATO’s European members (and Canada) was 1.77 percent of GDP.

For the same period, the UK spent nearly 2.3 percent of its GDP on defence.

The country contributing the least in 2020 was Luxembourg, with 0.56 percent. 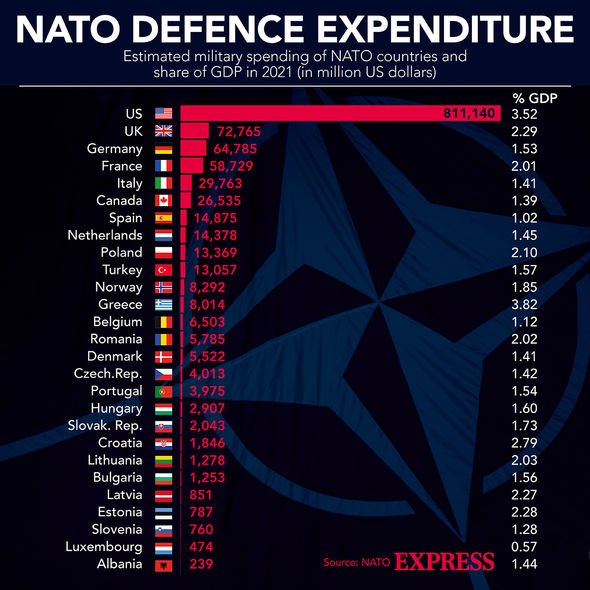 There are obvious reasons why spending would differ like this – the US accounted for more than half of the combined GDP of all NATO members in 2020, for example, and has military commitments around the world, so a high NATO spend makes sense.

Defence spending by European NATO members and Canada has been increasing in recent years.

Despite the impact of the pandemic, countries increased spending on defence in 2020 for the sixth year running.

The current agreed target for European NATO members is two percent of GDP on defence by 2024.

President Trump had urged the other countries in the alliance to increase that to four percent of GDP. 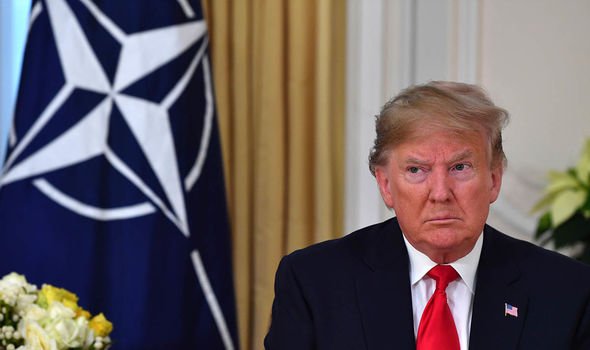 In 2020, 10 NATO countries (in addition to the US) reached or exceeded the two percent target – two more than in 2019 including for the first time, France and Norway.

The rest, including Germany, Italy and Spain, spent below that in 2020, even though they’ve all increased their spending as a percentage of GDP since 2014 when the two percent target was agreed.

Germany indicated in 2019 that it wouldn’t reach the two percent target until 2031.

NATO members also pledged that by 2024 at least 20 percent of their defence expenditure should go on acquiring and developing equipment. 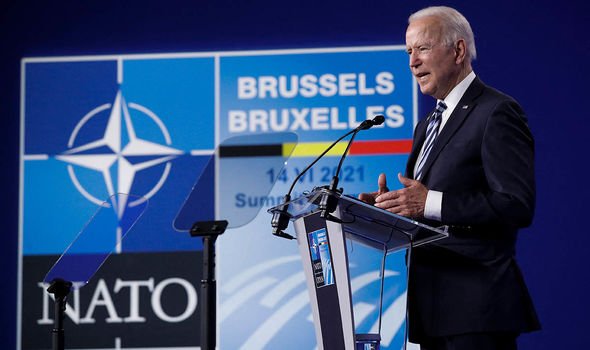 On this measure, most NATO members in 2020 spent at least that proportion or more on equipment, although Germany and Canada still spent less than 20 percent.

And last year, European NATO members and Canada increased their major equipment expenditure by an average of more than 11 percent on the amount spent in 2019.

Other spending includes NATO running costs – For the period from 2021-2024, the biggest two contributors to this will be the US and Germany, each paying just over 16 percent.

The UK is to pay just over 11 percent and France about 10.5 percent. 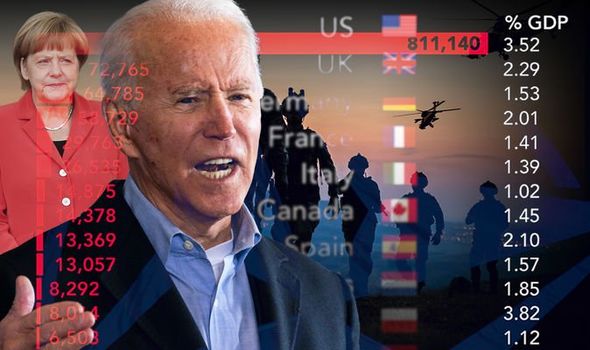 The US used to pay more than 22 percent of these running costs, but a new payment formula was agreed in 2019 to address complaints by the Trump administration about the burden to the US of supporting the alliance.

There are also thousands of American active-duty military personnel deployed around the world.

Germany currently hosts by far the largest number of US forces in Europe, followed by Italy and the UK.

And US forces have also worked with their NATO counterparts outside of Europe as well, for example in Afghanistan.