“He has been staying in the Wonsan area since April 13. No suspicious movements have so far been detected.”

His remarks come after the Reuters news agency further muddied the waters on Saturday night when they reported satellite pictures had revealed a special holiday train thought to belong to the North Korean dictator was spotted at a resort town this week. 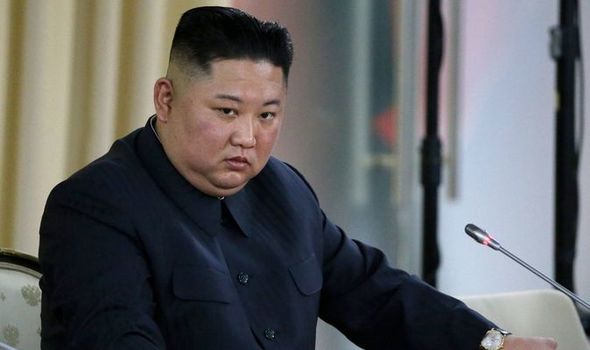 Details remain very sketchy but a Washington-based North Korea monitoring project, 38 North, claimed the train was parked at the “leadership station” in Wonsan on April 21 and April 23 amid growing speculation over the alleged death of Kim.

They said the station is reserved for the use of the Kim family amid unverified reports from Japan and China that the North Korean dictator is dead following botched heart surgery.

The group claimed the train probably belonged to Kim Jong-un, but it has not been confirmed and it is unknown whether the North Korea leader was in Wonsan at the time.

The report said: “The train’s presence does not prove the whereabouts of the North Korean leader or indicate anything about his health but it does lend weight to reports that Kim is staying at an elite area on the country’s eastern coast.” 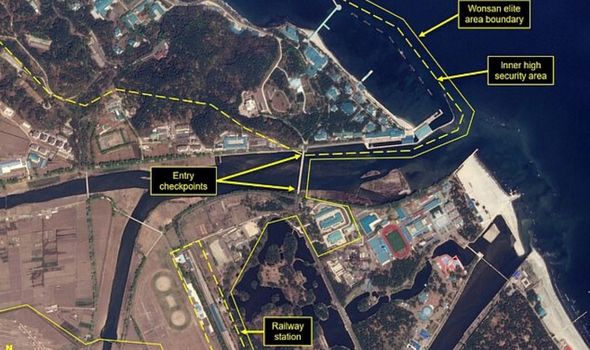 It comes after local news agency Newsis cited South Korean intelligence sources as reporting that a special train for Kim’s use had been seen in Wonsan, while Kim’s private plane remained in Pyongyang.

Newsis reported Kim may be sheltering from COVID-19, the respiratory disease caused by the coronavirus.

Speculation about Kim’s health first arose due to his absence from the anniversary of the birthday of North Korea’s founding father and Kim’s grandfather, Kim Il Sung, on April 15.

North Korea’s state media last reported on Kim’s whereabouts when he presided over a meeting on April 11.

DON’T MISS
Top US senator says he would be ‘shocked’ if Kim Jong-un is not ‘dead’ [COMMENT]
Kim Jong-un death: Could a woman take over North Korea pariah state? [EXPLAINER]
Claims Kim Jong-un is dead but pictures show ‘his private train [PICTURES] 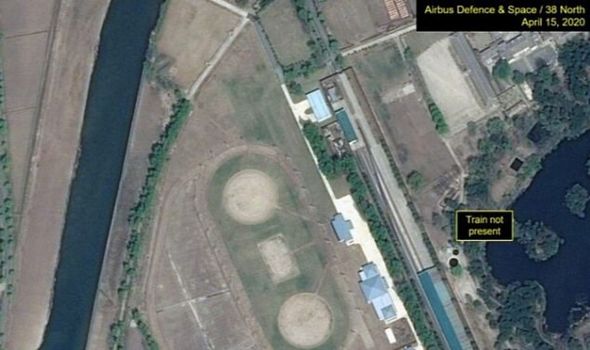 And now it has emerged that media outlets in China and Japan are reporting that the 36-year-old dictator is dead.

Other sources said he was on his death bed in a vegetative state with no hope of resuscitation after botched heart surgery.

Daily NK, a Seoul-based website that reports on North Korea, cited one unnamed source in North Korea on Monday as saying that Kim had undergone medical treatment in the resort county of Hyangsan north of the capital Pyongyang.

It said that Kim was recovering after undergoing a cardiovascular procedure on April 12.

Speculation about his health has been fanned by his heavy smoking, and massive weight gain since taking power and his family history of cardiovascular problems.

But because of the nature of the ultra secret regime in North Korea claims of Kim Jong-un’s death are very difficult to verify before an official state announcement.

Kim, believed to be 36, has disappeared from coverage in North Korean state media before.

In 2014, he vanished for more than a month and North Korean state TV later showed him walking with a limp.

A third-generation hereditary leader who came to power after his father’s death in 2011, Kim Jong-un has no clear successor in a nuclear-armed country, which could present major international risk.eeting on April 11.

California wildfires double in size as tens of thousands flee

Germany economic collapse: Nearly 10 YEARS of growth wiped out in nightmare for Merkel