Ex-Ferrari boss Jean Todt, one of the few to see Schumacher, 51, since a skiing accident left him with a severe head injury, said he visited the German racing driver last week. Schumacher’s condition at his home in Lake Geneva, Switzerland, has been a closely guarded secret among family and close friends. Todt, president of the FIA – motor racing’s governing body – oversaw five of Schumacher’s seven world titles as team principal for Ferrari.

He said: “I saw Michael last week. He is fighting.

“My God, we know he had a terrible and unfortunate skiing accident which has caused him a lot of problems.

“But he has an amazing wife next to him, he has his kids, his nurses, and we can only wish him the best and wish the family the best, too.

“All I can do is to be close to them until I am able to do something, and then I will do it.”

Despite wearing a helmet, Schumacher suffered a brain injury when his head hit a rock while skiing in the French Alps resort of Meribel on December 29, 2013. He spent months in a medically induced coma. 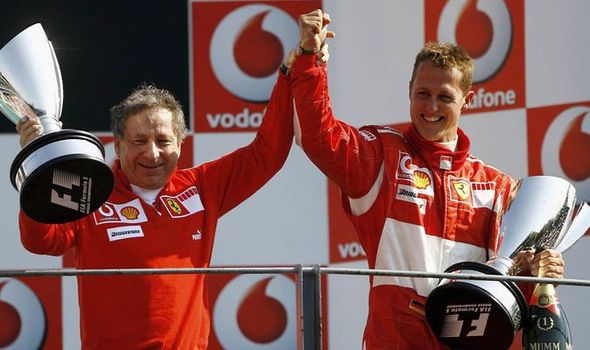 But he began displaying “moments of consciousness” and was gradually withdrawn from the coma as doctors reported “small encouraging signs”.

He has not been seen in public since the accident.

From September 2014 he has received round-the-clock specialist care at his home.

It was also reported that he underwent pioneering stem cell therapy at the Georges-Pompidou hospital in Paris last September.

At the time he was said to have been in the care of Professor Philippe Menasche, a cardiac surgeon specialising in stem cell research. 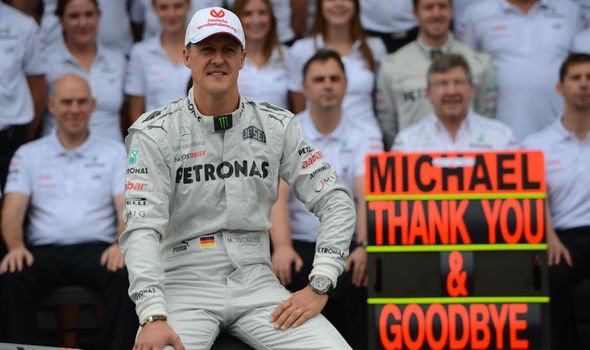 According to reports from Paris, Schumacher was first seen by Prof Menasche, 70, at the Pitie-Salpetriere hospital where he is a director of the Brain and Spinal Cord Institute, before being transferred.

Schumacher won 72 of his record 91 victories for Ferrari.

Lewis Hamilton will move to within just one win of Schumacher’s all-time win tally if he triumphs at Ferrari’s home track of Mugello tomorrow.