Heavy rain and thunderstorms in the UK this week will give way to warm and dry weather over the bank holiday weekend. Temperatures could reach the mid to high twenties across England and Wales over the weekend with temperatures in the low twenties in parts of Scotland.

Met Office forecaster Aidan McGivern said: “The Azores are a group of islands in the mid-Atlantic. Semi-Permanent high pressure sits here throughout much of the year.

“But what’s been happening through this year so far and especially during the summer, is high pressure from the Azores keeps extending across the UK, hence the warm summer and the very dry summer that we’ve had. And that repeating pattern repeats again this weekend.”

The high pressure means warm and sunny spells for much of the country, areas of low pressure could see rain over the weekend in Northern Ireland and Western Scotland.

Mr McGivern added: “There’s also an area of low pressure which will likely bring some wetter weather for a time, later Saturday into Sunday to the northwest, mainly Northern Ireland, western Scotland, and then clearing from the far north of Scotland during Monday.” 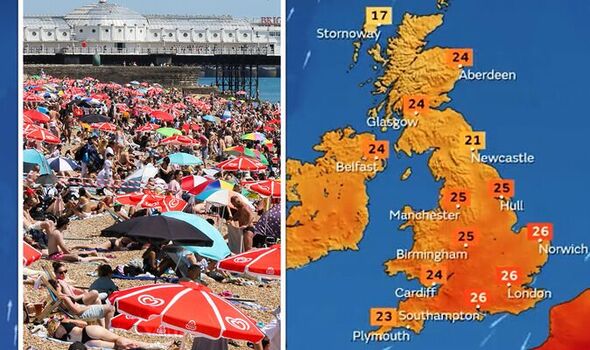 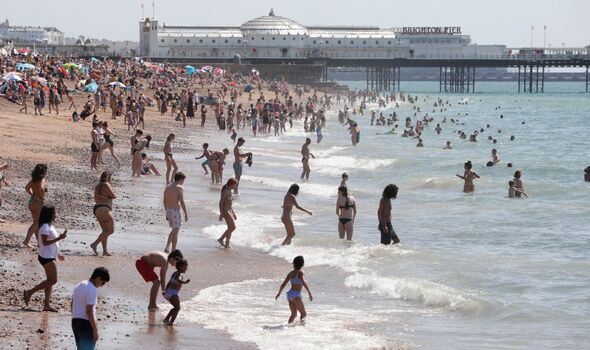 Although the weather over the bank holiday weekend is expected to be warm and settled, the traffic conditions for travellers will be anything but.

The Met Office has warned of major delays for travellers as many in the UK seize the opportunity of the last bank holiday before Christmas to travel.

RAC Breakdown spokesman Rod Dennis said: “As it’s the last bank holiday before Christmas for many people, we expect traffic congestion to build through the course of Friday afternoon and the same to happen in waves through the weekend.

“Settled weather will be good news for most, but drivers need to be aware of showers in the west with the possibility of standing water posing a hazard. 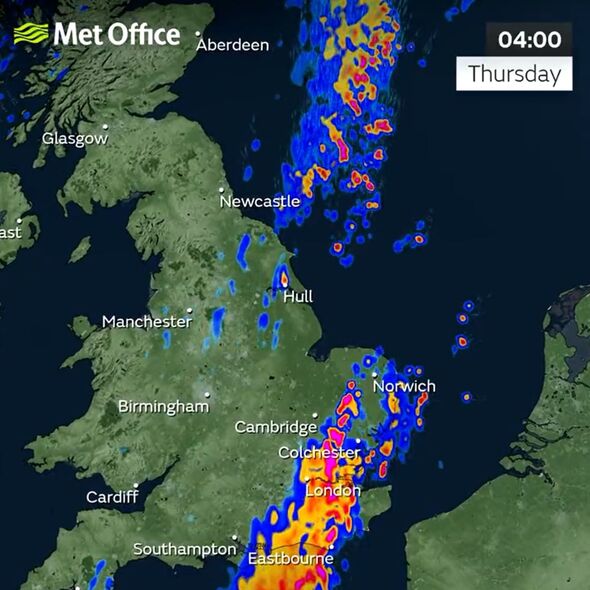 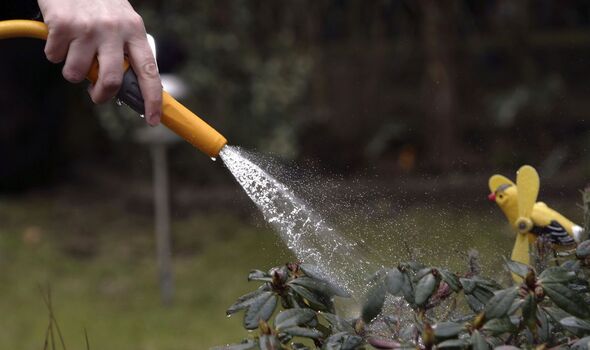 “We also strongly recommend drivers make sure their vehicles are in good working order before they set out, and keep a close eye on Met Office weather forecasts.”

Although the weather is settled over the weekend, this week the Met Office has issued a Yellow thunderstorm warning for south east England and East Anglia for Thursday morning.

It warned of heavy rain, thunderstorms and rush hour spray on Thursday morning.

Conditions were expected to be drier elsewhere with sunshine in the north and west. 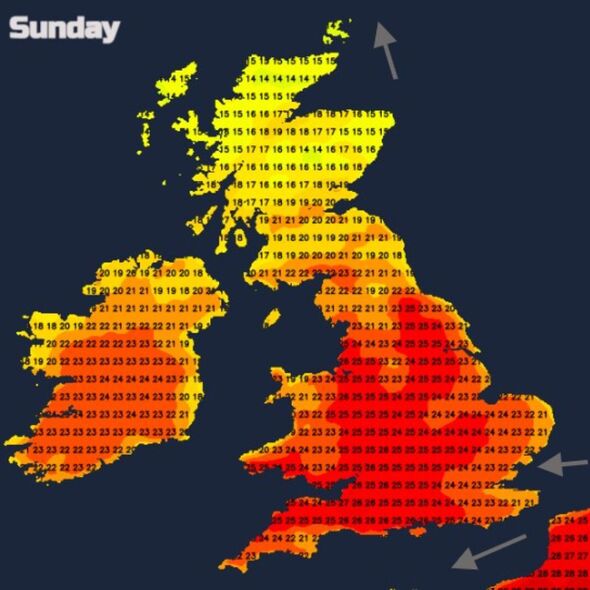 Many in southeast England will be welcoming the rain following one of the driest summers in memory.

The ban will affect 15 million people in the Thames Valley, including Londoners, who will no longer be able to use a hosepipe to water gardens or wash cars.

The rain will likely clear by Friday, with a few showers giving way to the warm weather this weekend.