Home » World News » Meghan wants to control how she and Harry are perceived, claims politician

A politician has claimed Meghan Markle wanted to control Prince Harry and drag him to a "very dark path" as she discussed the latest development of the Duchess' legal battle with Associated Papers.

The Duchess of Sussex recently apologised to the court after admitting her ex-aide was in contact with Finding Freedom "unauthorised" biographers Omid Scobie and Carolyn Durand.

Ms McQueen, who is in her 60s, said: "Well we can't, I think Piers Morgan got it right about eight months ago when he said he didn't believe her and he walked off his job. 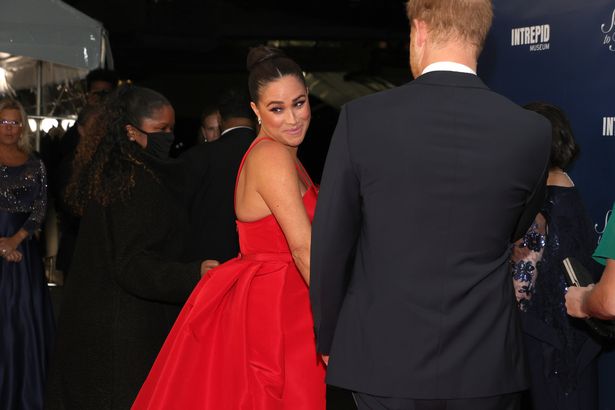 "He still doesn't believe her now.

"It's also vindicated to her father, who said he fought it all along."

She also mentioned that Meghan apologised for not seeing the email and pointed out that it wasn't a single email but 31 emails in about five different dot points.

"Clearly she’s manipulative, she knows how to work the system, she wants to control how she and Harry are perceived," Ms McQueen claimed to Cory.

"Sadly, I think she’s Wallis Simpson reincarnated and is going to drag Harry down a very dark path.

"It’s a shame for the royal family, and I hope the family cut them off and don’t let them continue to use these titles to profit."

"She also appears to ignore the photographers alongside her husband, she is more active at both ends of the walk," she told Daily Star, adding that Harry looked like he's "locked in royal mode".