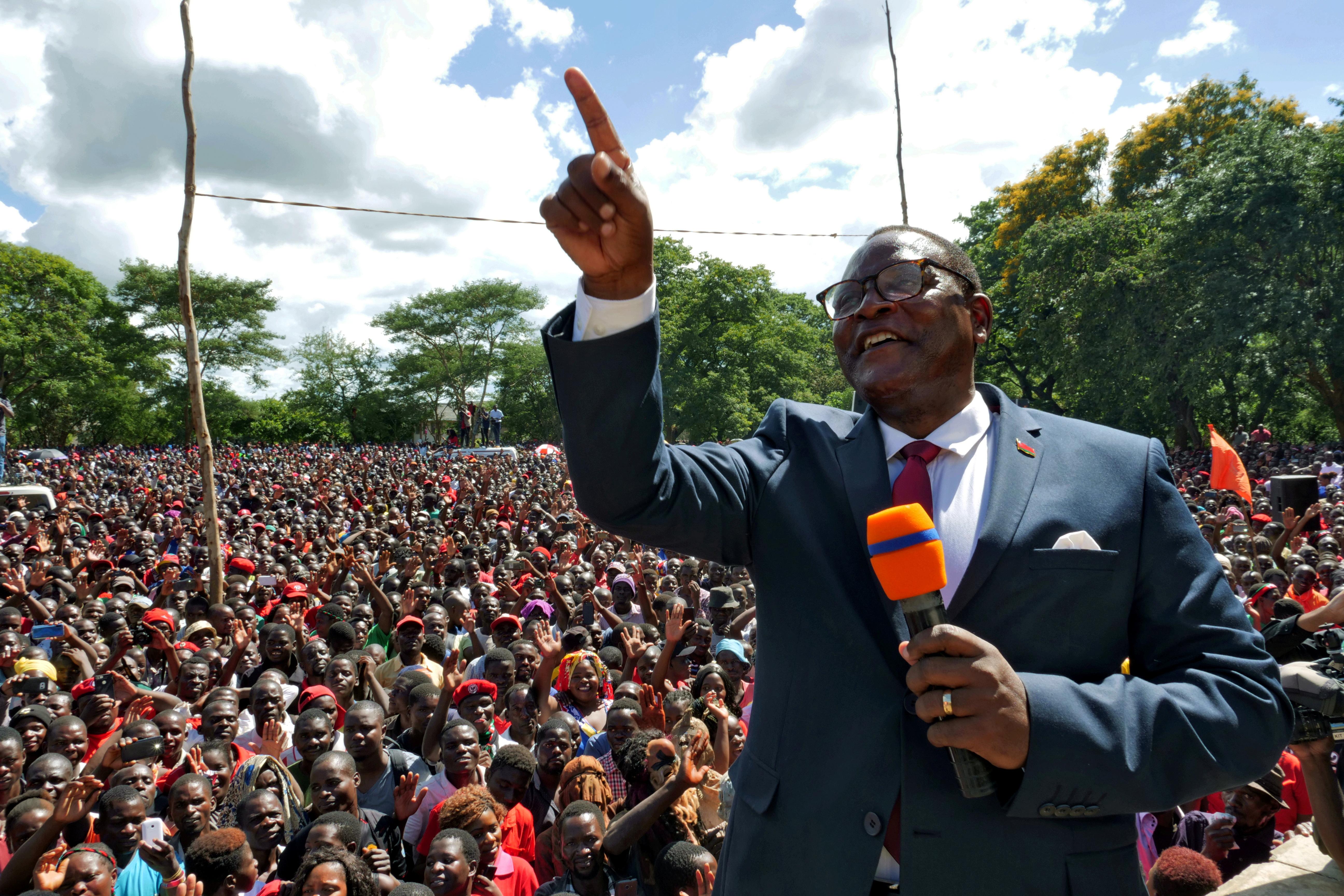 BLANTYRE (Reuters) – Malawi’s state and private media on Wednesday gave opposition leader Lazarus Chakwera a comfortable 55% lead in its presidential election re-run, with nearly three-quarters of votes counted, but there was still no official tally.

The state-owned Malawi Broadcasting Corporation and private media all had Chakwera with 55% or more, with President Peter Mutharika at 40%.

At a news conference late on Wednesday, Electoral Commission chairman Chifundo Kachale urged Malawians to be patient and await the official results, which he said were taking time because they wanted to get “a credible record.”

“We are doing it manually. We’ll use records from district tally centres and district commissioners, not social media. Our appeal to Malawians is to be patient,” Kachale said.

If Chakwera does win, it would mean a dramatic reversal of the previous discredited result which handed the presidency to Mutharika. Some in the main city Blantyre and other parts of the country were already erupting into celebration.

Tuesday’s vote has been seen as a test of the ability of African courts to tackle ballot fraud and restrain presidential power, ever since Malawi’s judiciary infuriated Mutharika in February by overturning the result of last year’s poll. His disputed win also triggered months of street protests.

Sweet notes left for staff at Edmonton school: ‘Lots of missing you, lots of thanks’