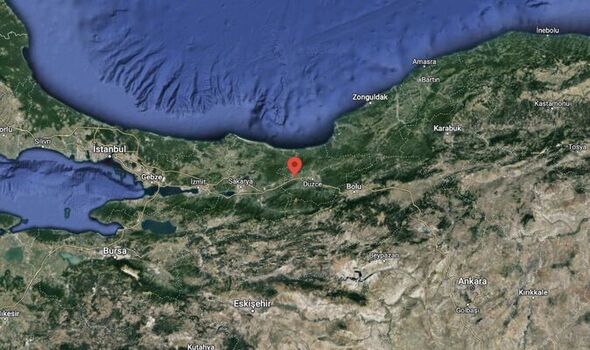 A magnitude 6 earthquake has reportedly hit the city of Düzce in the west of Turkey, 175 km east of Istanbul. The quake struck at 04:08am local time on Wednesday morning and was at a depth of 2 km (1.24 miles), according to the European-Mediterranean Seismological Centre (EMSC).

The EMSC tweeted: “Move away from the coast and reach a higher place. Follow national authorities’ directives.”

Posts on Twitter claimed that the earthquake had been felt in the capital Ankara and the country’s biggest city Istanbul, with users saying the buildings had “shook”.

The epicentre of the quake was 12 km west of Düzce, close to the Black Sea coastline.

However, tremors were felt and damage was reported all the way into the centre of the country, according to the ESMC.

The centre added that this was the third felt earthquake in Western Turkey in the past 56 hours.

“Unless it is necessary, stay away from damaged areas for your safety.