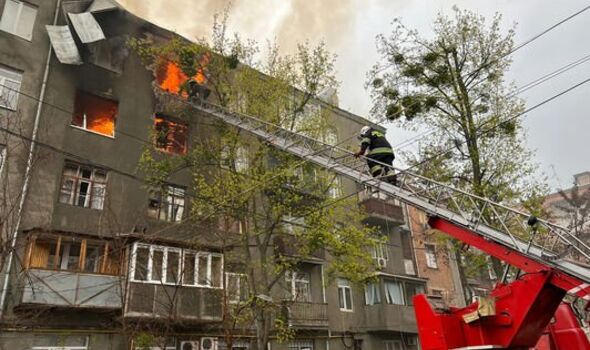 Ever since, Russian missile attacks have resumed on the Ukrainian capital – with a number of new explosions ringing out yesterday morning.

In the latest salvo, Russian armed forces destroyed an ammunition factory on the outskirts of Kyiv, a Kremlin Defence Ministry spokesman said.

Kyiv mayor Vitali Klitschko, the former heavyweight boxer, yesterday warned civilians who have left against returning to the city yet, as Russia has maintained its assault.

Despite the wave of new attacks on Kyiv, the UK’s Ministry of Defence said Putin’s forces were still continuing to switch their focus east to the Donbas region.

The military transport plane was reportedly brought down just outside the southern port of Odesa.