Tanzanian miner on unearthing the biggest gemstones ever

President of Tanzania, John Magulfi has died aged 61 it has been announced today, with a television address to the nation on Wednesday evening. Vice President Samia Suluhu Hassan gave the news, saying the president had died at 6pm today.

How did Tanzanian President Magufuli die? Cause of death latest

Speaking today, Samia Suluhu Hassan said President Magulufi had died of a “heart condition” which he had for a decade.

Ms Hassan said he died at a hospital in Dar-Es-Salaam.

She said: “Our beloved president passed on at 6 pm this evening. All flags will be flown at half-mast for 14 days. It is sad news. The president has had this illness for the past 10 years.” 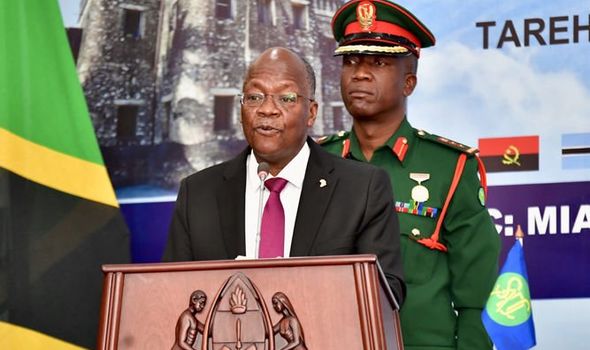 Mr Magufuli had first been admitted to the Jakaya Kikwete Cardiac Institute on March 6, but later was discharged, Ms Hassan said on state television.

However, he was taken urgently to hospital again on March 14 after feeling unwell.

Opposition leader Zitto Kabwe said on Twitter: “The nation will remember him for his contribution to the development of our country.”

British Prime Minister Boris Johnson offered his condolences on Twitter, writing: “I’m sorry to hear that @MagufuliJP, President of Tanzania, has passed away.

“My thoughts are with his loved ones and the people of Tanzania.”

Boy, 2, died after ‘punch to the stomach’ which ‘burst’ his intestines