Last week, two Royal Navy ships – HMS Severn and HMS Tamar – were deployed to Jersey following a protest by roughly 60 French fishermen over post-Brexit rights in the waters surrounding the Crown dependency. It came after France threatened to cut off electricity to Jersey and saw Paris send two of its own vessels to the area “in a spirit of responsibility”. It sparked some concerns that the situation could escalate and led to comparisons between the British and French Navy.

But former Army officer Mr Drummond told Express.co.uk there was no comparison between the two, stating “our capabilities are better than the French”.

He explained: “Our submarine force is modern and extremely capable, even more so when we get the new Dreadnought nuclear submarines.

“We’ve got two aircraft carriers, not one like they are going for – they don’t have the footprint that we have.

“Our frigates set the bar very high – the Type 45 destroyer is a wold class ship. 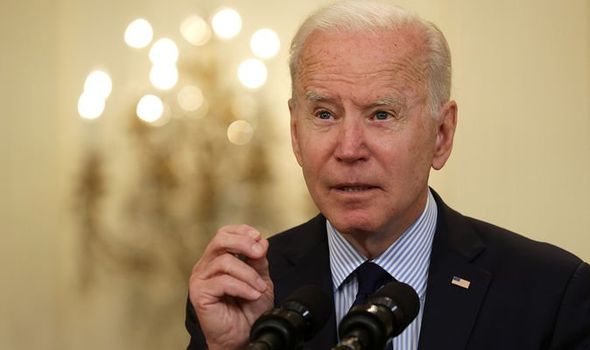 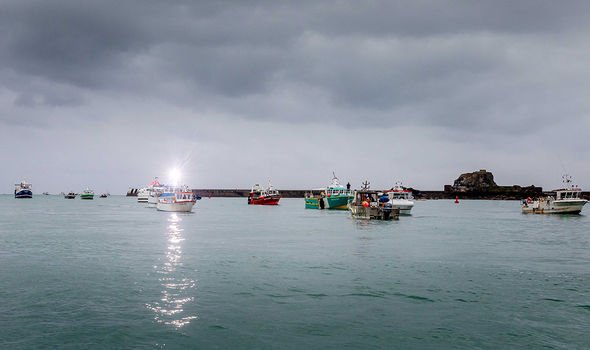 “We have got mass in our fleet, that they don’t have and of course the Royal Marines who are incredibly capable.

“The Royal Navy is ahead of the French Navy, it’s not bad, we just have a better navy being an island nation.”

Mr Drummond believed his view is reciprocated across the Atlantic, stating that the US President “would almost certainly” believe “our navy is superior to the French”.

The fighter jets flew from Marine Corps Air Station Yuma in Arizona to RAF Lakenheath for final training before next month’s deployment. 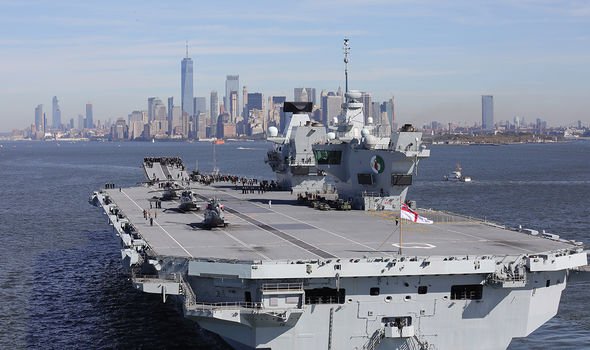 Mr Drummond added: “I don’t see American forces embedding with the French in the way they have with the Queen Elizabeth class.

“To have Royal Marines embedded so closely to an integral part of the ship’s company is a phenomenon.

“The only navy that comes close to ours in Europe is the Italian Navy, they have achieved a lot for very little.

“We’ve got everything – strength and depth.”

The aircraft carrier left its home in Portsmouth last week ahead of its first operational deployment. 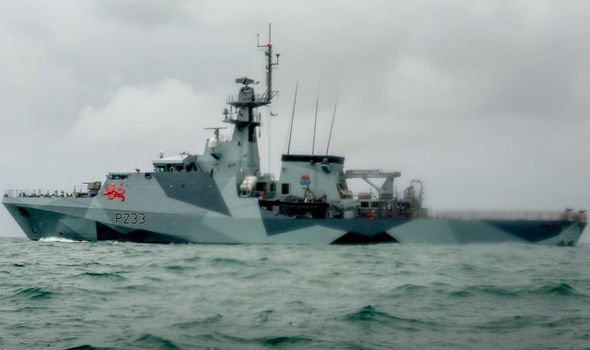 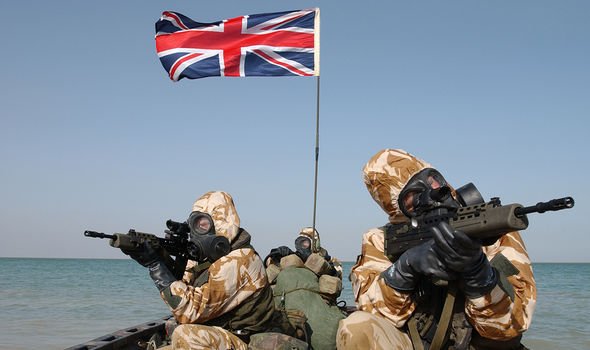 It has eight RAF and 10 US Marine Corps F-35Bs on board and will be accompanied to Asia by six Royal Navy ships, a submarine, 14 naval helicopters and a company of Royal Marines.

Earlier, other members of the strike group, destroyers HMS Defender and HMS Diamond, also left the naval base in Hampshire.

They will be joined by US destroyer USS The Sullivans and the Dutch frigate HNLMS Evertsen while carrying out visits to India, Japan, South Korea and Singapore.

And Mr Drummond believes it will mark the start of blossoming ties with Washington.

He added: “By us having a carrier strike group we relieve some of the pressure off the Americans in the Middle East and North Atlantic.

“They want theirs to be focused on Asia, so it’s a huge capability we’ve added to support them.”