Joe Biden will become the 46th president of the United States after winning a stunningly narrow election victory over incumbent Donald J. Trump, according to a projection from the Associated Press.

The divisive and bitterly contested campaign came to an end four days after election night as Biden secured critical victories over Trump in the battleground states of Michigan, Wisconsin, Nevada and Pennsylvania.

The Associated Press has projected Biden will win at least 290 electoral votes, with races in a few states still too close to call.

By Saturday at 1 p.m. the president-elect was also winning the popular vote by more than 4.2 million votes.

Biden has garnered an historic 74,857,880 votes with ballots still being counted in some areas.

From the very beginning of his campaign, Biden fixated on winning back these three states — crucial parts of the so-called “blue wall,” a collection of states that prior to Trump’s 2016 victory had traditionally voted Democrat.

The Democratic nominee surpassed the 270 electoral votes on Saturday just before 11:30 ET with a victory in Pennsylvania, as projected by the Associated Press.

Election Day in America panned out as many had expected. Vote margins were exceedingly tight in states across the country — and some still are.

There are still hundreds of thousands of votes left to be counted in Pennsylvania. Trump, who held a lead over Biden on Wednesday and Thursday, saw that lead fall by early Friday.

Biden now leads by over 34,458 votes. The late-counted ballots were overwhelmingly in Biden’s favour.

He also overtook Trump in Georgia — a must-win state for Trump — with a 7,248-vote advantage. But the margins are so close that state election officials expect there will be a recount.

Trump has threatened to file for a recount in Wisconsin, and there are reports Michigan could be next. A losing candidate can file a sworn petition, along with a filing fee, for a recount but there’s no indication the Trump campaign has followed through on this yet.

Arizona also plays a role here. As of Saturday at 12 p.m. Biden maintains an advantage of about 20,573 votes.

The Associated Press has projected a win for Biden in the state, which grants him its 11 electoral college votes. The AP said it called the race in Arizona after an analysis of ballots cast statewide concluded Trump could not catch up in the ballots left to be counted. Fox News has called Arizona for Biden, but other organizations have not.

Before a clear winner was determined, Trump falsely and prematurely claimed victory over Biden multiple times. As his pathway to reelection appeared to shrink, Trump hurled unfounded accusations of voter fraud and threatened to take the results to the U.S. Supreme Court. A surge of lawsuits challenging the validity of vote-counting has followed. Many of them have since been shot down.

In a statement shortly after the announcement, Biden said he is ‘honoured and humbled the American people have placed in me and in Vice President-elect Harris.”

“In the face of unprecedented obstacles, a record number of Americans voted,” he wrote. “Proving once again, that democracy beats deep in the heart of America.”

Biden said with the campaign over, “it’s time to put the anger and the harsh rhetoric behind us and come together as a nation.”

“It’s time for America to unite. And to heal,” he wrote. “We are the United States of America. And there’s nothing we can’t do if we do it together.”

“This election is about so much more than @JoeBiden or me,” Vice President-elect Kamala Harris wrote on Twitter.

“It’s about the soul of America and our willingness to fight for it.”

“We have a lot of work ahead of us,” she continued. “Let’s get started.”

According to U.S. media reports, Biden is expected to address the nation at 8 p.m. ET from Wilmington, Delaware.

Biden, 77, has been steeped in American politics for a half-century. Prior to Election Day 2020 he was a twice-failed presidential candidate, a former U.S. vice president, and a six-term senator.

His win is seen as a bridge back to a pre-Trump version of governance, with promises to build on the Obama legacy and to unite the country amid a challenging time.

Still, his campaign had its hiccups. He managed to stay steady while coming under criticism for a cautious public campaign schedule, an old-school approach and, at times, an unfocused message.

But, unlike past races, this year’s push for the presidency was upended by the coronavirus pandemic. It’s become the defining element of the 2020 campaign.

Biden — in sharp contrast with his opponent — has trusted scientists on the realities of the coronavirus. He has promised to elevate the government’s scientists and doctors to communicate consistent messaging to the public, and has plans for the U.S. rejoin the World Health Organization, which Trump cut ties with.

He has been sharply critical of Trump’s response to the virus, often accusing him of reacting too slowly and ultimately not doing enough to curb the crisis.

The campaign was also embroiled in a national conversation around race. The fight for racial equality and justice surged this year following the death of George Floyd and several other Black Americans at the hands of police.

But his campaign was underscored by selecting California Sen. Kamala Harris as his running mate, after pledging to choose a woman for the role in March. It made Harris the first Black woman to join a major party’s national ticket, and now, the first Black woman (and first East-Indian American) to be elected vice-president.

Moments after Biden was projected to be the winner of the race, Trump issued a statement saying the president-elect was “rushing to falsely pose as the winner.”

“The simple fact is this election is far from over,” he wrote. “Joe Biden has not been certified as the winner of any states, let alone any of the highly contested states headed for mandatory recounts, or states where our campaign has valid and legitimate legal challenges that could determine the ultimate victor.”

Trump said beginning Monday his campaign will “start prosecuting our case in court to ensure election laws are fully upheld and the rightful winner is seated.”

While the Trump team has filed a handful of lawsuits, election officials across the country maintain that there is no indication of any alleged voter fraud.

Trump was golfing on Saturday as the news of Biden’s projected victory broke. 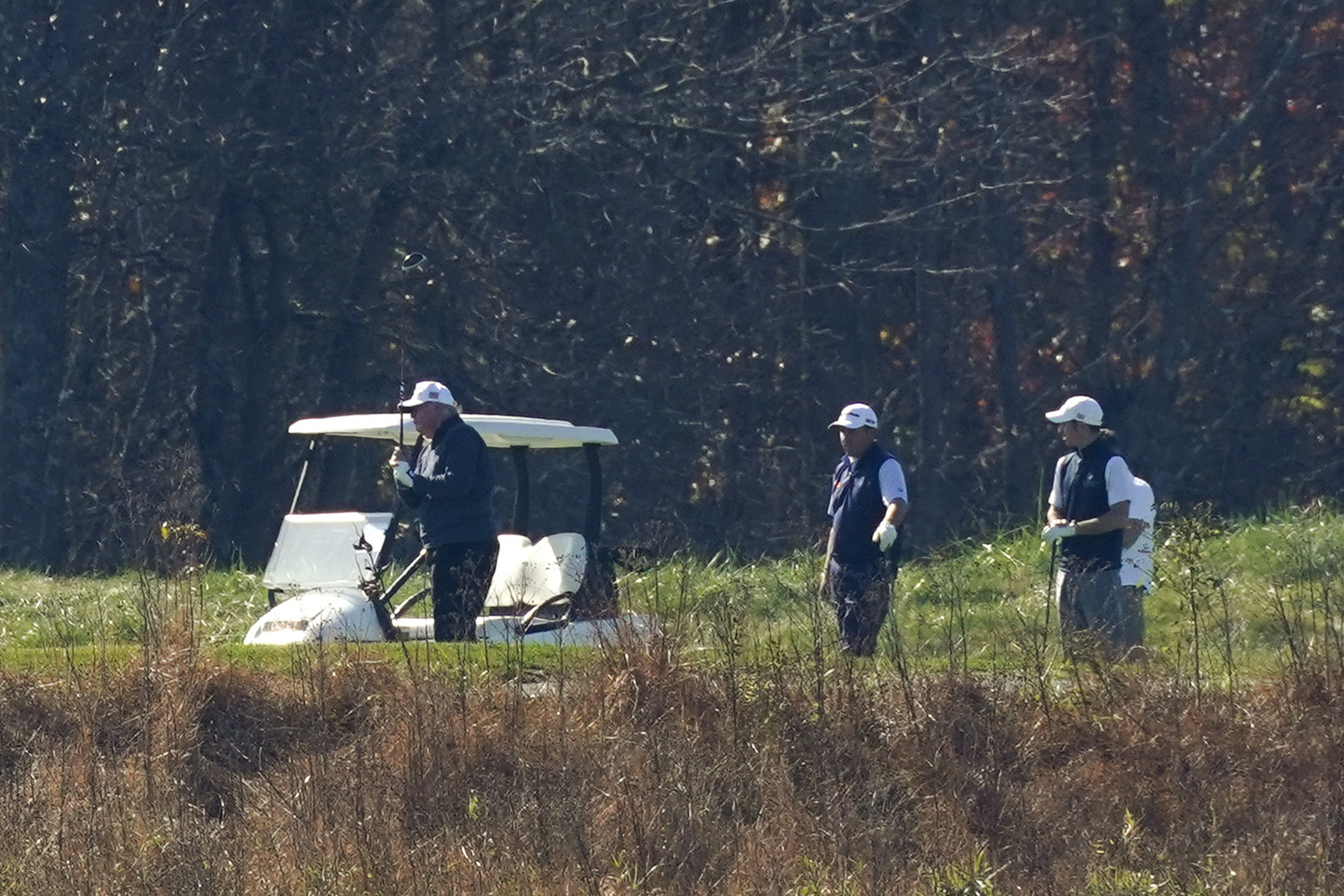 “Our two countries are close friends, partners and allies,” he wrote. “We share a relationship that’s unique on the world stage. I’m really looking forward to working together and building on that with you both.”

Leader of the Conservative Party of Canada Erin O’Toole offered his congratulations to Biden and Harris too.

“Canada and the U.S. have a historic alliance,” he wrote in a tweet. “Canada’s Conservatives will always work with the U.S. to advance our common values and close economic ties.”

In a tweet, former U.S. Secretary of State Hillary Clinton said “the voters have spoken.”

“And they have chosen @JoeBiden and @KamalaHarris to be our next president and vice president.”

“It’s a history-making ticket, a repudiation of Trump, and a new page for America,” she wrote.

Democratic Speaker of the House of Representatives Nancy Pelosi congratulated Biden and Harris, adding that the party has “kept the republic!”

“It’s a time to heal and a time to grow together,” she wrote.

This is a breaking news story. More information to come.

— with files from The Associated Press

Reaching for that pack of smokes? You aren’t the only one.