Sessions said Trump’s agenda was still the path for Republican victory as the president celebrated his loss. 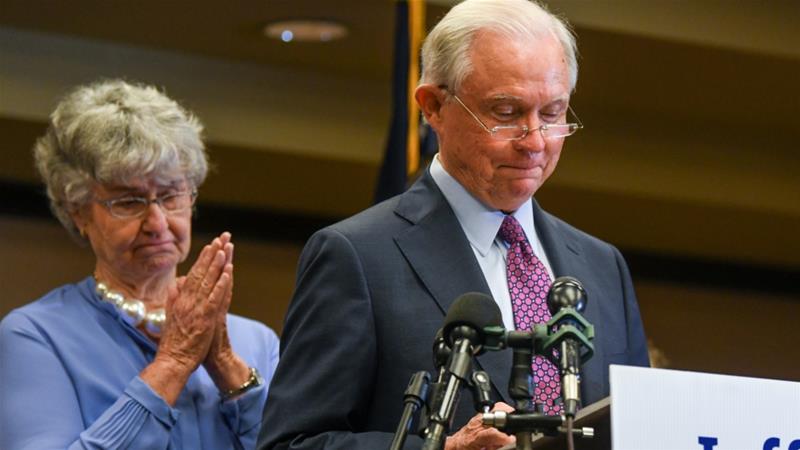 Jeff Sessions took the stage Tuesday night near the Alabama gulf coast with the same certitude he had displayed on another, bigger stage across town almost five years ago. Donald Trump’s vision, the former attorney general declared anew, is right for the United States.

Yet, this occasion could not have been more different.

Neither Trump nor the boisterous throngs they had greeted together at an August 2015 stadium rally were anywhere to be seen as Sessions calmly conceded defeat in Alabama’s Republican Senate runoff. The outcome ended Sessions’s hopes of returning to the Senate seat he abandoned to join Trump’s administration and instead left him to defend his honour one last time against the unlikely president he had helped elect but then angered.

From the White House, Trump tweeted his joy over the stinging defeat of the former Justice Department chief he’s chastised since Sessions recused himself in the investigation into Russian interference in the 2016 presidential campaign.

For years, that made him a relative outlier among Capitol Hill Republicans. He was overshadowed back home by Alabama’s senior senator, Richard Shelby, who’s been in the Senate since 1987. Yet in Trump, Sessions finally found his vessel. And despite all the browbeating, Sessions said Trump and those issues remain the right path for the GOP and the country.

“I think it’s time for this Republican Party to listen to the Donald Trump agenda because he has talked about those things frankly and openly,” Sessions said Tuesday night, adding that the president can win a second term – as long as he “stays on message”.

Trump could run again in 2024 – and may want a THIRD term, claims new book

How to tackle separation anxiety in dogs and cats — The Know