Home » World News » Japan floods: More than a million urged to evacuate amid mudslides and warnings of further heavy rain

About 1.5 million people have been urged to evacuate as heavy rains caused floods and landslides in western Japan.

One woman has been killed and two were missing on Saturday after torrential rain caused a landslide that engulfed at least two houses in Nagasaki prefecture.

Rivers have burst their banks and rain has continued to fall, damaging homes and causing transport disruption. 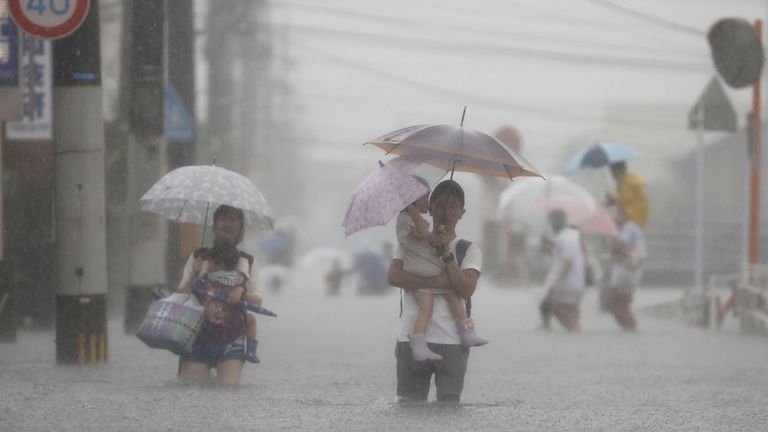 Another mudslide in Hiroshima late on Friday left one person seriously injured.

Large parts of western Japan, particularly the southernmost main island of Kyushu, have seen record levels of rainfall, with as much as 956mm (37.6 inches) of rain falling in one area over the three days up to noon on Saturday.

Japan has issued its highest level 5 risk alert, meaning around 1.5 million people have been asked to evacuate, the NHK public broadcaster said.

The Japan Meteorological Agency has expanded its level 5 risk alerts in the Kyushu region to other parts of Japan, including Hiroshima.

It means around 1.5 million people have been asked to evacuate,

The Japan Meteorological Agency (JMA) has warned of more rain in the coming days.

It also expanded its heavy rain and mudslide warnings in the Kyushu region to cover other parts of Japan, including Hiroshima, as the rain front moved eastward. 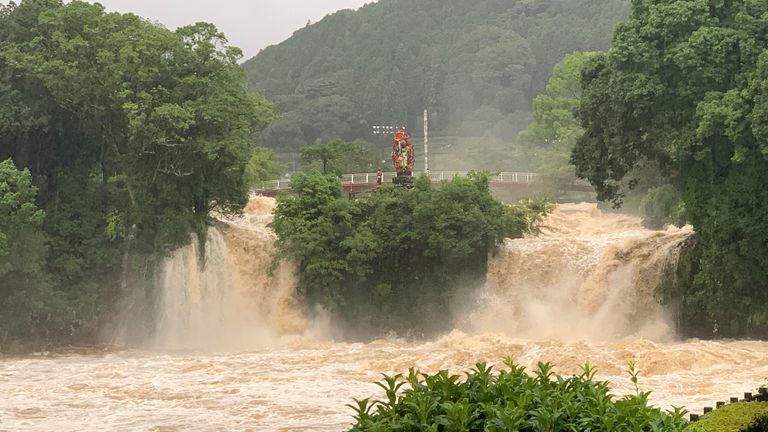 “People must take steps to secure their safety,” a JMA official said.

“There has been almost no movement of the rain front over Japan, and it’s being fed by warm, humid air, which is making it more active.”

Rivers have broken their banks in several cities, including Kurume and Fukukoka.

The Kamo River, which runs through the ancient capital of Kyoto, was high but not flooded at noon on Saturday.

Dozens of homes across the country have been damaged by floods and mudslides, the Fire and Disaster Management Agency said.

The bullet train service between the capital Tokyo and Kyushu has been halted. 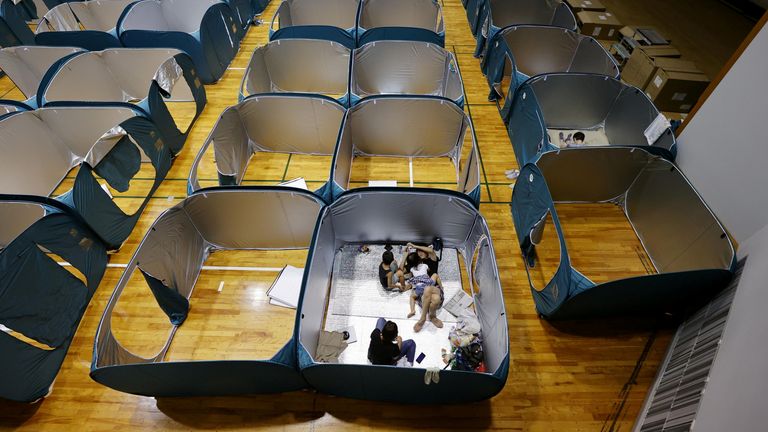 Landslides have hit several parts of Nagasaki prefecture, with one sweeping away at least two houses and killing Fumiyo Mori, 59.

Her husband and daughter were missing, with military personnel having joined rescuers to look for them, NHK said.

The heavy rains have now moved into the central part of the largest main island of Honshu.

The JMA has warned the front is likely to linger over the nation for about a week.